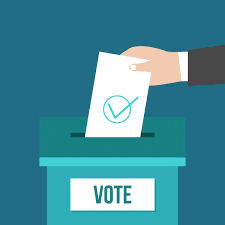 Yes, I am aware that this article is far too late to be relevant. It should have come out at least a week after our school-wide voting analysis done by Alex Eastland. However, since election politics have by no means subsided, let’s look at a few of our student body’s political beliefs, shall we?

If you haven’t checked out the aforementioned article, I highly suggest that you do so before reading this. To sum it up quickly: In our school election, Democrat candidate Joe Biden won the presidency, Jaime Harrison won the Senate, and Republican William Timmons won the House.

Of course, most of our students were focused on the presidential election, and J. Biden won with 48.4% to D. Trump’s 43.1% among the student body. The sample of students I interviewed reflected a similar voter identity proportion; out of the 12 interviews I conducted, 6 students identified as liberals, 5 identified as conservatives, and 1 identified as independent. Below are a few of their quotes in response to my questions.

Did you vote in the mock election? Why or why not?

“Yes, I did vote in the mock election. I voted because it is essential to have an informed opinion on the government’s everyday goings and express that the silent majority is still here.” – Cutler Fowler

“Yes, I did vote. […]  People have fought hard for our ability to vote and we have a chance to elect officials that could make real change.”  – Ella Markalunas

“I did not, because I didn’t have the time and I don’t think I should have an opinion about it. I actually supported Joe Biden, but I think some of their points are good, but some are really bad.” – Antonia Moritz

“I was very interested to see who the student body was supporting for the election and I wanted my opinion to count in that.” – Abigail Pickens

“I did not. I did not decide to support a candidate this race, like many other Americans. While I can identify who I would support in certain areas, I never made a definite choice.” – Anonymous Independent

“I voted in the mock election because I was curious to see the views of our school as a whole.” – Shea Waters

“I did, because I figured I should, plus I didn’t get to vote in the real election.” – Austin George

What have you heard about voter turnout this year?

“So far, only one day after election day, I have heard remarkable things about voter turnout. And no matter the outcome of the election, it is a positive for conservatives. The fantastic red turn out in the Latino, African American, and Asian communities is incredibly positive. […] Trump improved his share within every demographic subgroup in the United States, with the exception of white men. This election has most likely to be the closest electoral presidential election in American history. This is by far the most significant improvement for the conservative side, even if Trump does not win reelection.” – Cutler Fowler

“I’ve heard that voter turnout is the highest it’s been in more than a century.” – Abigail Pickens

“I’ve heard it is much more than previous years. I think it depends on how contested and important each election is […] This election got a lot of attention from the media and calls to vote were everywhere.” – Elijah Butch

“I have heard lots. Unquestionably, this election caused more Americans to vote than previous ones. In question, voter fraud. I will be interested to see if absentee voting and mail-in ballots will be available for extended periods of time for future elections. I think mass numbers of mail-in ballots hurt the integrity of the election. I believe if mass mail-in ballots continue, voting and voting fraud will become more and more of a joke.” – Anonymous Independent

“ I have heard the voter turnout this year was very high, especially among Gen Z and millennials. I think this was so high for a couple of reasons. One, quarantine gave everyone a chance to research and look into what was happening. I also think that young people are more passionate and hopeful to make a change and have their voices heard. I think social media has influenced many teens and young adults, and that media is very one sided.” – Anonymous Conservative

“I have heard that voter turnout was a record high this year. I do think voter turnout will stay the same in future elections. This generation is empowered and passionate about voting and politics, and those who are at least 15 will be able to vote in the next presidential election. And while Trump, a main source of this country’s division, is gone, people still feel that their rights are at risk.”  – Hampton Orr

“I have heard that this is one of the closest runs for president in American history. I have also seen some things on news articles and social media that say that some states have more voting ballots than they are supposed to.” – Jay Lusk

What issues do you think are young people’s primary concerns?
“In Ms. Jones’ history class we answered this question and [these] were the two main answers: The pandemic has directly affected us and inequality again has gotten a lot of press this past summer.” – Elijah Butch

“Most young people will be concerned about what the media has made them think is a problem because they have been pandered to and promised that they do not realize its impact. I just the younger people of the United States should take a closer look at the prescribed legislation’s effects and realize that it makes no economic, moral, or logical sense.” – Cutler Fowler

“I can’t pick one to represent all peoples – that’s not possible. It really depends on the person. However, I, personally, feel that during this election, our voices are at risk. Voter suppression – not just from one side, it’s both sides – is at an all-time high, I feel. The election was high stakes this year.” – Hampton Orr

“I think most young people are concerned about the economy, specifically things like wages and student debt because student debt is so high and minimum wage has stagnated so much that it’s becoming impossible to live [with both].” – Austin George

“I think young people are mainly concerned with morals more than any other generation before them. Prior public statements made by both candidates were put under serious moral questioning. Not to say this is negative or positive, but this generation of young people are more emotional and sensitive publicly. By expressing their disapproval of immoral statements/actions, morals became a major issue in this election.”  – Anonymous Independent

“I think young people are very concerned about Black Lives Matter and the CoronaVirus. These are all issues that young people can see and or relate to, so these things are easily understood by them. I think foreign affairs and economics are more out of reach subjects and are more complicated than young people would like to admit/ deal with.” – Anonymous Conservative

“I think an issue for young people is online school. I have a lot of friends that have to do online and they talk about how they are panicking and losing motivation during these online times. I think this is really bad for our generation because education is very important for our future and going online is not the greatest way for an education.” – Constantine Gandis

Has your political opinion changed at all since the beginning of the election race? If so, how?

“I still support the same policies, people and ideology that I did before, but now I can easily defend my point with research and passion.” – Shea Waters

“My political opinion has not been swayed since the last election mainly because my feelings for Trump as a president of the United States have remained the same. Trump, in my opinion, has done the nation a great service and has been one of the best economic presidents since the beginning of the 2000s”.  – Jay Lusk

“Throughout this election process I have become more passionate about political issues. Perhaps this is because in previous elections, I was too young to have distinct opinions of my own, but nevertheless, this election has spurred me to become more politically aware.” – Abigail Pickens

“Yes! Before this election, I considered myself a democrat. Unfortunately, the party has accepted too radical of beliefs for me to fully support them.” – Anonymous Independent

“No, not really, my political beliefs really have not shifted. The only change is that I feel like politics has become a common discussion and an everyday thing when it was not always like this.” – Constantine Gandis

“I have learned more about the intricacies and failures of our system of government. Although we cannot yet vote, it is important for us to become invested […] and it is important that we start to understand now what is at stake.” – Ella Markalunas