Over two decades since the release of Episode I: The Phantom Menace, the legacy of the Star Wars prequel trilogy remains a cloudy one. Tasked with providing context to one of the most influential sci-fi series in pop culture, the prequel trilogies remain starkly controversial. The criticisms of the prequels are widespread; director George Lucas’ written dialogue is terrible, the pacing is slow, the characters are annoying. However, after decades of resentment towards the films, it appears that public opinion towards the series is beginning to change tides, facilitated by the generational shift in Star Wars fan demographics.

Generation Z’s affinity towards the prequels has established itself on a variety of bases. Sure, the general failure of the sequel trilogy may have made the prequels seem better in comparison (though I maintain that Episode 8: The Last Jedi is one of the high points of the entire series). And yes, the reaction of a generation that was raised on the original Star Wars movies before being exposed to the prequels will undeniably be different than the reaction of a generation that has never experienced a prequel-less world. But, above all, the driving force that has taken the Star Wars prequels from a cultural laughing stock to an oft-quoted beloved classic for Generation Z viewers is actually the source of one of the biggest criticisms of the trilogy: the in-depth political commentary.

On the surface, the political discourse littered throughout the prequels seems vehemently anti-Star Wars. When a viewer thinks of Star Wars, they think of lightsaber fights, spaceship battles, and exploding planets. What they don’t think of is trade disputes and Senate hearings. That being said, the most interesting aspect of the prequel trilogy is the rise of Emperor Palpatine, the primary antagonist of the series. Where the original trilogy shows Jedi knight Luke Skywalker and the Rebellion destroy Palpatine and his empire, the prequels show a more somber turn of events. In his rise of power, the Sith Lord Palpatine is able to deceive both the Jedi Council and the Galactic Senate and establish his Empire.

This rise of the Dark Side is one of those rare occurrences where the bad guys win, albeit only for a brief moment before the Empire faces substantial losses in Episode 4. The end of the prequel trilogy sees Palpatine, with the help of an army he brought into his control by engaging in a proxy war, execute nearly every Jedi in the galaxy. Anakin, the protagonist of the trilogy, is turned to the Dark Side, fights an emotional lightsaber battle against his former master Obi-Wan Kenobi, and, finally, becomes Palpatine’s apprentice, Darth Vader. It’s a humbling ending to a trilogy, but remains both perfectly representative of and relatable for Generation Z.

Generation Z’s outlook on the political sphere is unbelievably bleak, as evidenced by a 2019 Morning Consult report showing that 78% of Generation Z adults believe that “there is a lot of corruption in America” and 8% have “a lot of trust that people in power generally do the right thing.” In addition, just 43% of Generation Z adults have trust in religious leaders, compared to 52% of all adults.

This distrust Gen Z has in the institutions that are designed to help us are incredibly relevant to perceptions of Star Wars, especially the prequels. Under the surface of the boring political dialogue, the prequels are a complex criticism of war, American politics, and liberal democracy, showing just how easily a supposedly strong republic can give way to totalitarianism. Palpatine is able to not only manipulate a corrupt Senate riddled in bureaucracy, but is also able to bypass the authority of the Jedi Council, an obsolete religious institution that allows its hubris to destroy itself. He plays both sides of a war that he created in order to accumulate personal power. A 21st century generation that saw the US engage in the unpopular Iraq War, grappled with multiple major recessions, and witnessed the Occupy movement don’t see the Star Wars prequels as boring exposition with poor CGI and terrible writing. Rather, they view the trilogy as a parable, illustrating their greatest fear: powerful people in charge of powerful institutions abusing their power for personal benefit.

As Generation Z enters their teenage and adult years, innocence is stripped away and these ugly truths regarding our political sphere become more strongly felt. The prequel trilogy, in a lot of ways, represents the teenage years of Star Wars. As the youthful innocence of the Rebels’ victory in the Original Trilogy is given context, uncomfortable truths are revealed. The thesis of the Original Trilogy is that people are fundamentally good: Darth Vader, the prominent villain in the movies, realizes his inner good and overthrows Emperor Palpatine, bringing balance to the Force and saving the Galaxy. The Prequels take a different approach, rather establishing themselves on the idea that people are evil. All institutions of good, democracy, and justice crumble, as evil surrounds the kingdom. And this pessimistic outlook is painfully relatable for Generation Z in 2021. 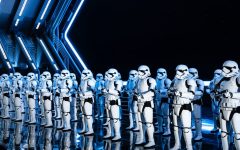 The Cavalier's Definitive Ranking of Every Star Wars Movie 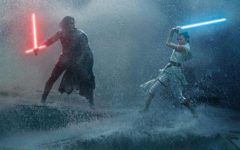 Star Wars: Episode IX – The Rise of Skywalker: The Dangers of Backpedaling