The Cavalier’s Definitive Ranking of Every Star Wars Movie

LucasFilm and Disney have produced all 11 Star Wars movies to date. From 1977 to 2019, we got a look at everything these two companies have to offer. Whether you love them or hate them, it is hard to deny that Star Wars is the most successful movie franchise of all time.

I wouldn’t be surprised if Disney simply removed this from the series as it is an embarrassment to the Star Wars legacy. I am not a hater of all of the Disney Star Wars movies, but the plot of this movie leaves so many holes that the Rise of Skywalker is left to answer. My biggest critique of this move is how they kill off the franchise’s most iconic character, Luke Skywalker. It was crushing to watch the hero of our childhood use his remaining energy on something stupid like fore-projecting himself across the galaxy. His death could have been much more memorable and made this a top ranked movie. I am a lover of all 10 Star Wars movies; however, I’m not sure I can consider this one of them.

Now moving into the movies that are at least watchable, I don’t think The Phantom Menace is that bad. However, the Darth Maul fight carries this movie, and it shows. The Senate Meetings are very boring for anyone getting into Star Wars, with this being the first episode. I also think that Anakin is too young to begin the series. Having Anakin significantly younger than Padme is weird, but the pod racing scenes on Tatooine are needed to fix those woes. The Phantom Menace is memorable but could be a classic with a view tweaks.

I think this film slightly beats out The Phantom Menace because the plot speeds up significantly in Episode 2. We are introduced to one of the prequels’ best characters, Count Dooku, who I think is the most interesting of the prequel trilogy. Dooku used to be a Jedi, but is persuaded by the Dark Side, which isn’t the only time we see this happen to a substantial character.The Geonosis scenes are fine, but any scene other scene involving Anakin & Padme are simply unwatchable. Star Wars isn’t the place for that bad of acting and it shows. 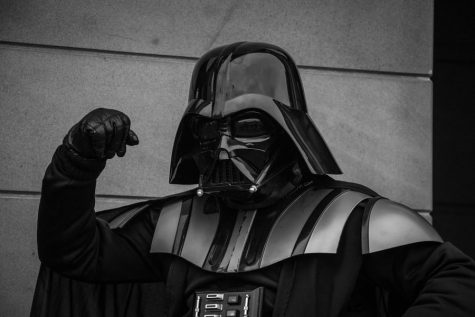 Solo isn’t a bad movie by any means, but having a movie starring Han Solo without Harrison Ford is a tall order. The plot is consistently intriguing throughout the movie and it kept me attached throughout. Even though they are only one ranking apart, Solo is a way better film than Attack of the Clones. Everything involving Han and Lando playing for the falcon is great, and the Darth Maul reveal at the end really sends viewers off with a huge plot change.

This exciting film kicked off a new trilogy introducing us to a bunch of characters we had never seen before. It made the most money out of all of the Star Wars movies, but to say that is the best would be quite a reach. The movie makes a major mistake just like the Last Jedi, giving one of the most significant characters a very lame death. Kylo Ren wasn’t initially perceived well by Star Wars fans and to watch one of the heroes of our childhood, Han Solo, have his life taken by his son is terrible. The movie does have a nice ending as we get to see an old Luke Skywalker in the final scenes of the movie.

Most reviews are saying it is either a failure, or it is the best Star Wars movie. I would place it right in the middle. Having Palpatine back adds a lot to the story, but a deeper explanation of how we survived his “death” at the end of Return of the Jedi would be nice. Seeing Rey and Kylo finally team up at the end was great, and Billy Dee Williams returning to play Lando was a nice piece to add. All of the callbacks to the original story make this movie as good as it is.

Rogue One is the most underrated film Star Wars has produced. It’s quality is dismissed as it isn’t a part of the Skywalker Saga, but it adds a very important perspective to the total plot. The space between Episodes III and IV was a hole that needed to be filled, and Rogue One does that beautifully. I think having a perspective on Obi-Wan and Yoda and what they did during the two movies would put this movie into the top 4. 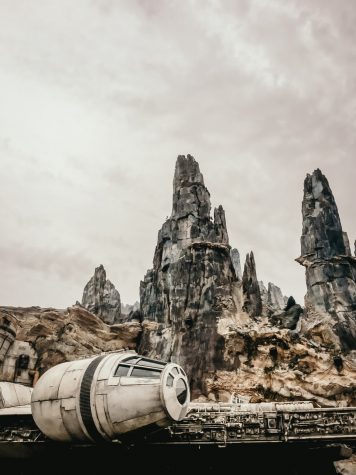 A New Hope will always be a classic, as it’s the only title on this list that could be a stand-alone movie. Getting to meet all of the original characters we know and love is unforgettable. I think this movie has the best storyline in the saga, but it doesn’t have the modern technology to compete with newer movies. Some would consider that a positive though, as the vintage feel of the movie provides a lot of nostalgia. I will never forget the Battle of Yemen and Obi-Wan’s force ghost saying “Use the force Luke”.

I know what you’re thinking. Many consider The Empire Strikes Back to be not only the best Star Wars movie ever, but one of the greatest in film history. We learn who Luke’s father is in one of the most well-known scenes in the franchise, and I think everything shot on Cloud City (Bespin) is fantastic. Lando’s betrayal is very interesting and one of the biggest turning points in the film. I think where this movie lacks is the scenes on Hoth. They all seem to make the movie slower and less engaging.  These scenes feel really drawn out, and there are many insignificant scenes.

The conclusion of the original trilogy couldn’t have been better. Everything from Jabba’s Palace to the Forest Moon of Endor to the Throne Room is top tier film. The Rebels’ escape from Jabba’s Palace is great, and the ewoks provide a positive upside to the battle scenes of the movie. However, the best sequence of the movie is Luke, Vader, and the Emperor’s battles in the Death Star. Anakin Skywalker redeems himself as the Chosen One as he sacrifices himself for his son and defeats the Sith. This is a top tier film of all-time.

When I think of Star Wars, this movie is always the first one that pops up into my head. For anyone just getting into Star Wars, I can guarantee that it will be their favorite. Highly rated by newer fans and originals, the plot of this movie moves so quickly and it is very exciting. The Lightsaber fights in this film are unbeatable: you have Anakin & Obi-Wan vs Dooku, Obi-Wan vs Grievous, Palpatine vs Mace Windu, Palpatine vs. Yoda, and finally Anakin vs. Obi-Wan. Anakin’s fall to the dark side is the best plot line in the series and it is truly an unforgettable film.