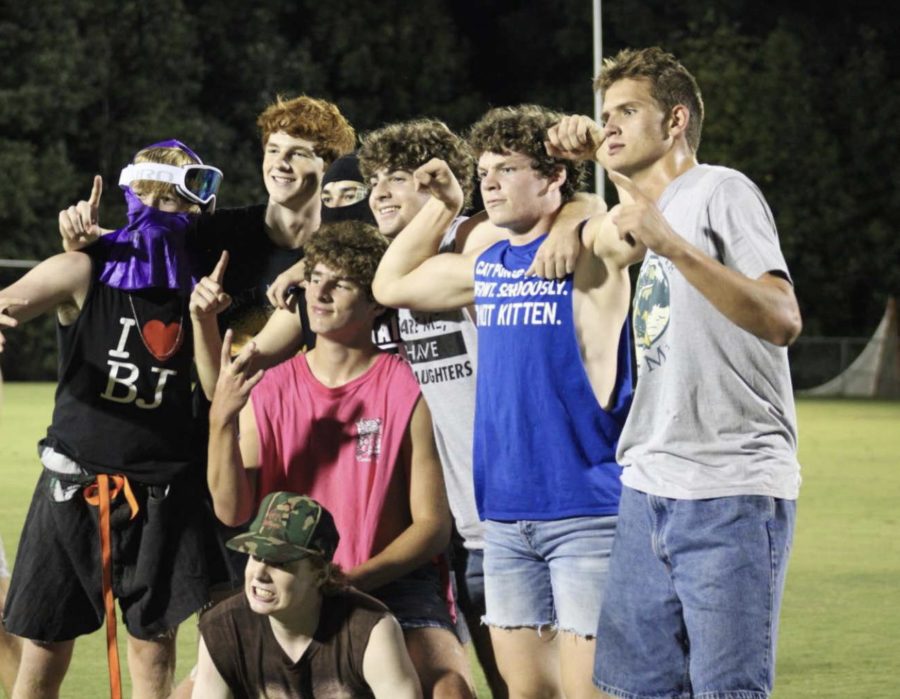 The best event of Homecoming Week is over with the conclusion of the annual spirit week dodgeball tournament. All 16 teams were placed into a double-elimination bracket to begin play.

The tournament was won by Benji’s Team, consisting of senior boys. They lost once in the winner’s bracket before taking care of business in their elimination games to win the tournament.

Benji’s Team was dominant through their first three games, against the Housewives, Gamers, and Fabulous Fairies. Their first three opponents’ combined records were 0-6, likely due to the resounding defeats they all suffered at the hands of Benji’s Team. They cruised unopposed through their side of the bracket, getting their spot into the Winner’s bracket.

Tom’s Wives, Team Come, Team Bomb, and Squirt Bottle weren’t as lucky when it came to the final games of the tournament. All of these teams were forced to play each other within their first three games. Despite the four of them all being among the most elite teams in terms of talent, they seemed to run out of gas.

The bottom of the bracket was an absolute bloodbath, while Benji’s Team obliterated their half. By the time all four of the teams in the bottom half of the bracket duked it out to where only Squirt Bottle remained, Benji’s Team was patiently waiting for them, knowing they were much more energized.

Essentially, the four teams in the lower half of the bracket emerged in all-out warfare while Benji’s team camped, waiting for just one of the teams to remain.

“The brackets were completely randomized and it ended up being the luck of the draw, and we ended up getting pretty lucky with the bracket” Student Council Member and Bracket Randomizer Kevin McCarthy said, who also happened to be on Benji’s team, making the catch to finalize their Mickey Mouse Championship.

As Squirt Bottle emerged from the bloodbath for a rematch with Benji’s team, they had just played three straight elimination games and were dismantled by Benji’s team, giving them the tournament championship.

As a competitor, who was not on either of the teams involved in the championship, I would award the tournament MVP to Camden Pool, who was a lights-out competitor throughout the entire tournament. “Unfortunately last year I missed dodgeball due to illness. It felt great to get back and return to MVP form” Pool said following the win. “Defensively I don’t think there’s anyone better that’s what makes me such an asset.”

While Benji’s Team may not have had the most difficult road to the championship, they used all of the resources available to them in order to ensure a championship. Very similar to the 2017 Houston Astros, Benji’s Team had a competitive advantage that they used to gain an edge over the competition, and it worked to perfection.