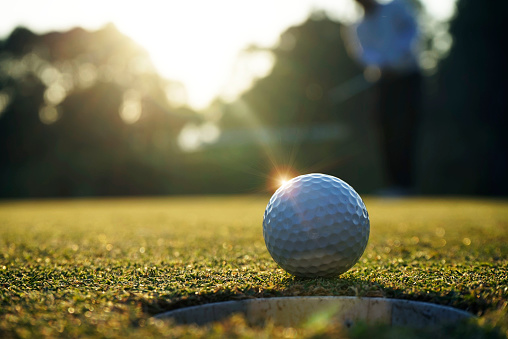 What’s Going on with the New Professional Golf League?

The PGA Tour has been around since 1929. Players like Jack Nicklaus, Tiger Woods, Arnold Palmer, etc, have all played on the Tour. The Tour hasn’t always been perfect, but its historical impacts on golf are undeniable. So why now, in 2022, is a new tour attempting to rival it?

Back in 1980, world #1 Greg Norman attempted to create the “World Tour.” This idea was squashed by legal suits from the PGA Tour. The new Saudi Tour, which was founded 2 years ago, is funded by the Saudi government, so it has lots of money. With the PGA Tour, only top-tier players will end up making millions, while on the Saudi Tour, most players will make millions. The Saudi Tour is attempting to entice players to the Saudi Tour by money guarantees. Most notably, Bryson DeChambeau is rumored to be joining the Saudi Tour. Apparently, the Tour will pay him upward of 200 million dollars to be the “poster boy” of the new tour.

Phil Mickelson is also rumored to be leaving the PGA Tour. Mickelson has lost numerous sponsors due to this rumor. Mickelson claims to be supporting the new Tour because he wants to “reform” the PGA Tour but many players aren’t buying this. One anonymous golfer said, “the whole world is now seeing the Phil Mickelson we’ve known for years.” According to a PGA Tour professional, Kramer Hickok, 17 PGA Tour players have already committed to joining the Saudi Tour.

Other players have committed to staying on the PGA Tour. Both the #1 and #2 players in the world have committed to staying with the Tour. John Rahm, the #1 player in the world said “I don’t do this for the money, which to me is the only appeal to go over there.” Other players like Collin Morikawa and Rory McIlory have also pledged their support to the PGA Tour.

Many other players are weighing their options. Former Masters Champion Adam Scott’s allegiance is up in the air. He confirmed to Golf Digest that he has been having talks with the new league. Scott said, “I think the schedule they’re proposing is very appealing to most golfers.”

The biggest question about the Saudi Tour is whether players on that tour can play in the 4 major tournaments. The Masters, British Open, US Open, and the PGA Championship are the 4 most anticipated tournaments all year. All the best golfers play in them and compete for the fame that comes with winning the majors. Players in the Saudi League may not be allowed to play in these major tournaments. They certainly won’t be allowed to participate in the PGA Championship, and it is very unlikely that they will be able to play in the other three.

The PGA Tour has dominated professional golf ever since 1929 and it will not be deterred by the new Saudi Golf League. Almost all the best golfers in the world have pledged to stay on the PGA Tour. The new Saudi League will fail and history will continue to be made on the PGA Tour.