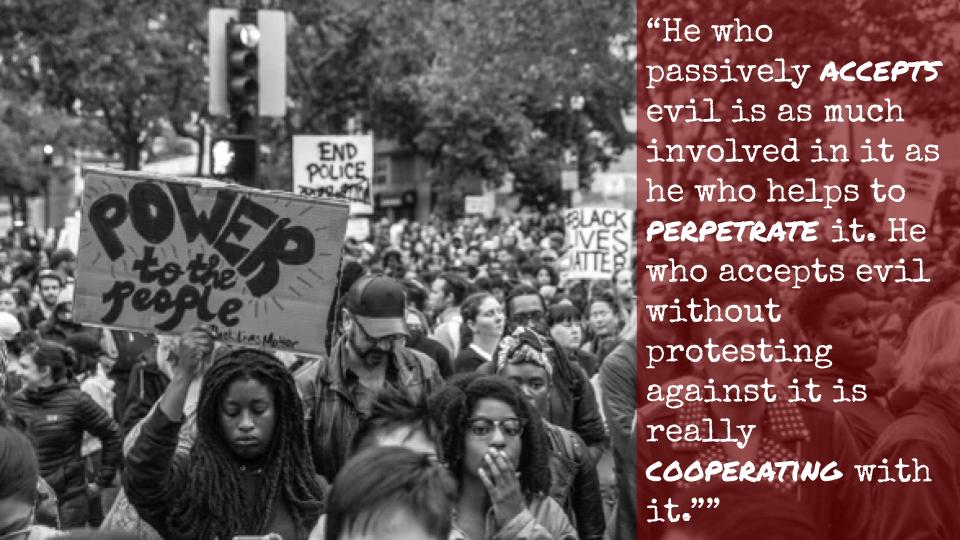 CCES Reflects On The Legacy Of MLK

On Thursday, January 20, 2022, during Chapel and CavBlock, Christ Church students participated in events remembering the life of Rev. Dr. Martin Luther King, Jr. and his contributions to the Civil Rights Movement. All students participated in a reflective walk where they went from classroom to classroom and were able to view images and quotes from Dr. King’s lifetime.

Each room provided a different quote and different songs that played in the background, most of the songs either coming from King’s time period or having a historical connection to civil rights. The events during both CavBlock and Chapel were set up by the Mutual Aid Club and the Ida B. Wells Club.

Nico Ludkowski, a member of the Mutual Aid Club, and Shikea Reader, part of the Ida B. Wells Club, both delivered great speeches during the Chapel service. “In the past, you never see a person of color up there speaking so I wanted to represent my population of Christ Church.” She said she hoped to continue Dr. King’s work by spreading his messages. “The fact that everything that he did was great but there is still more for us to do to spread his word,” Reeder said.

The second speech was made by Nico Ludkowski, who said he hoped to “provide some more background information on MLK’s legacy and why it is important to grapple with his full story, even if it challenged us and caused us to reckon with our understanding in order to live out his legacy, especially after learning more about Dr. King.”

The two speakers had similar motivations to speak about Dr. King, but different ideas and messages to spread with their speeches. Ludkowski said his message was “one of being willing to get uncomfortable to become better informed, but also to act on Dr. King’s words because actions are exponentially more powerful.”

The student reaction from the speeches was very appreciative of the two students’ bravery to speak in front of the school. Junior Thomas Clark said, “the speeches were a great addition as the students will be able to relate to the speakers as their peers.” The students were likely more engaged with the speech than if a teacher or adult was speaking to them.

Every student participated in a reflective walk on MLK’s messages around the school to see many of his most memorable quotes and speeches. Classrooms were set up with quotes on their projectors and students were given the opportunity to take notes of what they saw and reflect on it. Students were very appreciative of the events that were set up and were thankful for the speeches made by Nico and Shikea in chapel.