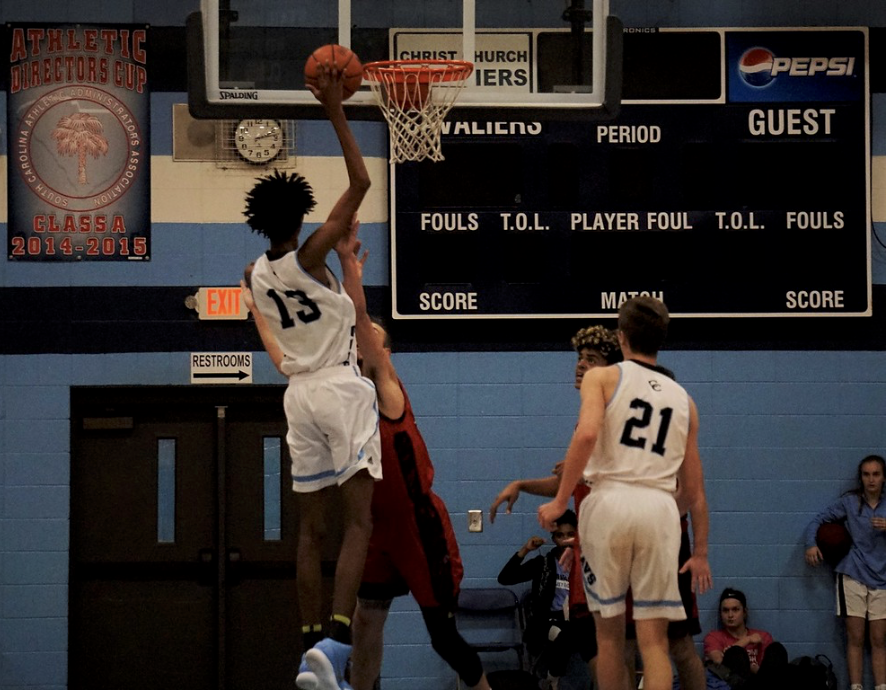 Christ Church graduate John Butler Jr. has been making a significant impact in his first year of collegiate basketball. A 4-star recruit, at 7 feet 1 inch and 190 pounds, John was ranked 71st in the nation coming out of high school. In the summer before his senior year, John committed to the Florida State Seminoles to continue his career under coach Leonard Hamilton. To cap off his high school career, John led the Cavaliers to their first state trophy before moving on to the next level.

Even as a freshman, John has already begun to take on a major role for the Seminoles. Unlike most seven footers in today’s game, Butler has been playing as a three, or more of a small forward. Uncharacteristically for his height, he has excellent ball handling skills and is a serious threat behind the 3-point line. John has already played in 16 games, averaging 15.4 minutes, 5.6 points, 2.6 rebounds, and 0.8 blocks. What shines the brightest is his shooting ability, also uncharacteristic for his height. This was on full display last Tuesday night, where John took his game to the next level.

In a head to head matchup against #6 Duke, John came to play. In his tenth start of the year, he recorded 27 minutes with 14 points, including three 3-pointers. John also finished with two huge blocks against Paulo Banchero and Wendell Moore Jr, two projected first round picks in this year’s NBA draft. Butler’s rejection of Moore’s floater attempt in overtime ultimately ended the game, leading to an overtime Seminoles’ win.

After the game, John was more than happy with FSU’s victory. “It felt great,” he said. “We knew as a program that we were talented enough to beat Duke and it felt really good to get that game.”

Following the big win, FSU head coach Leonard Hamilton had some positive words regarding John’s performance. “He’s rising to the occasion and tonight he took a step a little further,” stated Hamilton. “There’s not another seven foot one in the country that’s been asked to do what we are asking him to do”.

Even in his freshman year, Butler is already making a significant impact for the Seminoles. However, John has noticed how he has had to alter his game transitioning from Cavalier basketball to college.

“In high school if I wasn’t playing well, we would draw a play up and get the ball in my hands so I could get my flow back,” John said. “But in college, you can’t always depend on the coaching staff realizing that it’s been a while since you’ve scored and to run a play for you”.

John is typically not the first option for most of the plays that FSU runs, which means that he has had to get better at creating his own opportunities. “I’ve learned how to score even if plays are not drawn up for me personally.”

The Seminoles are currently on a six game win streak and John hopes that they can use this as momentum to reach some major goals this year. “I want us to win the ACC championship,” he said. John thinks that his team has the talent and can definitely accomplish this if they all do their jobs.

On top of this, Butler believes the Seminoles can reach even higher grounds. “I want to be a contender for the NCAA championship.” Butler feels confident that, if his teammates all come together and work as a unit, they can certainly make a run in March.