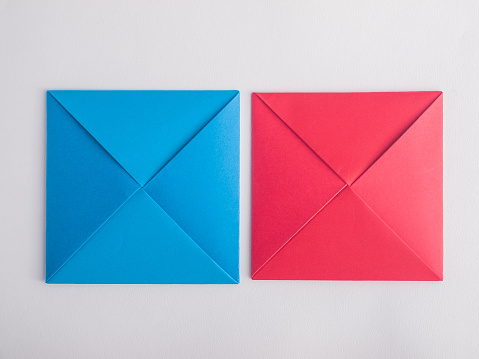 The Netflix series Squid Game has taken the internet by storm over the past week and has many fans questioning the storyline, but also demanding for a season two. Here is a clear overview of each episode.

The episode starts off relatively slow. Very early on you see Seong Gi-Hun’s struggle with his betting addiction and debt problems. He is then approached by a man who offers him money if he can beat him in a game. After Gi-Hun loses the man says that he can pay by letting him slap him in the face. After Gi-Hun finally beats him he earns his money. The man then gives Gi-Hun a card and tells him that if he wants to play more games for money then he can call the number to compete. Gi-Hun does call the number and is picked up in a van along with others. He is gassed and put to sleep so that no one knows where they are going. Once in the facility, the players are extremely confused. After signing a contract the players are starting the first game, Red Light Green Light. After the first person is caught moving he is shot and killed. The players originally don’t understand what has happened until he is unresponsive and they see him bleeding. The players realize what is happening and try to run to the door. Obviously unsuccessful, the players were stopped at the door and killed. The ones who remained still finished the games with their lives and are sent back to the facility.

The players, frantic about not wanting to die, want to end the game. Sang Wu, Gi- Hun’s childhood friend, remembers the clauses. The three clauses on the contract are “1. If you lose you are eliminated 2. If you refuse to play you will be eliminated 3. If all players vote to end the game they can leave.” The players all take a vote and leave but the guard tells them that if they wish to come back they can. The players who are the most desperate for money or those who have nothing to lose came back to continue the game.

Episode 3: The Man with the Umbrella

In the second game, the players have to remove a shape from melted sugar. The players can only use a needle to remove the shape and if they don’t do it well they are killed. The players were told to pick between a circle, triangle, star, and umbrella before they knew the game. Unknowingly they chose the shape that they would have to get out of their sugar.

Episode 4: Stick to the Team

The episode starts when the doctor is secretly being led down a hallway by a few guards. He is asked to take organs out of one of the people killed in the games. In return for his work, he is told the next game that is being played. He is also warned by the fact that he should group up with strong people for the night. He teams up with the bully of the group and his gang. As soon as the lights go out they go around and start killing people. This sparks an all-out war that isn’t stopped until the guards intervene. Immediately after they are released they are told that for the next game they have to break into teams of ten. Most teams break into teams of the strongest men they can find. Sang-Wu’s group comes back with a very diverse group. Their group who is obviously outmatched comes up with a plan on how to win. They follow their plan and are able to beat the other team.

This episode starts off with the main characters winning the game of Tug-of-War using Il-Nam’s strategy of taking steps forward in order to make the other team fall. “A Fair World” refers to making the game fair after one of the players is given an unfair advantage by the guards. The Front Man then kills the player and the guards who cheated and displays their bodies to the players in their bunkroom. Undercover guard Jun Ho kills one of the guards who he thinks dissected his brother, but the guard denies it. Jun Ho discovers that his brother is a former player of the game and wants to find out more about him.

In what I would consider to be the best but most heartbreaking episode of the series, the episode begins with the guards telling the players that the next game will be played in teams of two, and for the players to find a partner. Mi-nyeo is the only person without a partner and is taken away by the guards. Gi-Hun and Il-Nam become partners and seem really excited to be playing together. Sang-Woo and Ali are partners, along with Sae-byeok and Ji-yeong.  The main plot twists come when the guards tell the players to play against their partners in games or marbles. The characters that are paired together look at each other in disbelief as they know one of them will not make it out alive. Sang-Woo and Ali play marbles and Ali wins, but Sang-Woo convinces Ali to give him the marbles and tells him they will hold out until the end. Sang Woo replaces Ali’s marbles with rocks, leading to his death. Gi-Hun beats Il-Nam in marbles and Il-Nam is killed off-camera and Ji-Yeong sacrifices herself so that Sae-byeok can go to the next round.

The Frontman discovers that someone had been in his personal quarters by the way his phone is positioned. The VIPs arrive and discuss their bets on the players, much like how Gi-Hun talked about betting on the horses in episode 1. The Front Man greets the VIPs and tells them that the host is unavailable for the games that day. The Front Man tells the players to pick the vests numbered 1-16. The players arrive at the top of a bridge with the players choosing to step on tempered glass or regular glass. The game is absolute madness and only Gi-Hun, Sang-Woo, and Sae-byeok advance to the next round.

To begin the episode we see that Sae-byeok has a chunk of glass in her stomach and it leaves a horrible wound. Jun-Ho gets cornered at the top of the island by the Front Man and several guards. The Front Man knows that Jun-Ho only has one bullet left in his gun, which would obviously not be enough to eliminate the Front Man and his guards. The Front Man then reveals himself as Jun-Ho’s brother. Sae-byeok is killed by Sang Woo as Gi-Hun is trying to get her help, angering Gi-Hun and motivating him to kill Sang Woo.

In the final game, Sang Woo eliminates himself and tells Gi-Hun to look after his mother. He receives all of the won he was promised but becomes very sad after watching all of his friends die in front of him. Twelve months later, Gi-Hun is sitting alone by the river and finds a card with the Squid Game logo on it. It invites him to the 77th floor of the Sky Building, from his “gganbu” or, Il-Nam. Il-Nam reveals that he was the creator of the games and created them because he wanted to feel something before he died. Gi-Hun is very angered at him but does not get to speak with him for long as he dies in his sleep.