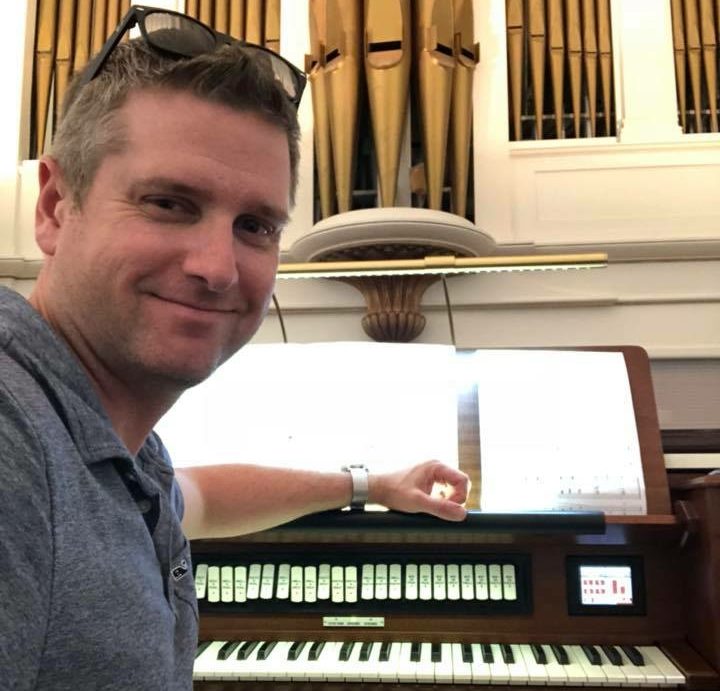 Mr. Monsell is a new music teacher at Christ Church. After initially teaching ESL in Japan and France, he taught in many different schools across the country, such as Maine, New Hampshire, New York, and Charleston.

His family relocated to Greenville this summer after 15 years in Charleston. When asked about what drew him to CCES, he responded that he was “seeking a school that would offer the independent, rigorous yet supportive, Christ Church Episcopal School atmosphere that my boys and I had grown accustomed to at Porter-Gaud in Charleson. CCES had all of that and more. I was immediately impressed by the students I met, the professional and supportive faculty, and the incredible arts facilities on campus.”

In sharing the kinds of music he listens to, he said “as a music teacher, I feel it is important to listen to all kinds of music.” He enjoys classical music, especially from the Baroque era, jazz (John Coltrane and Dave Brubeck are favorites), musical theatre (big Hamilton and Dear Evan Hansen fan), country (Zac Brown Band and Kacey Musgraves), and pop (Beatles and Billy Joel especially).

Mr. Monsell has already started projects at Christ Church, such as beginning the E Period choir group to give busy students with full schedules to be a part of the group. This includes everything from regularly scheduled classes to performances both on and off-campus, as wekk as multiple service activities. He’s also helped to reboot the Acafellas club. Overall, his ambition is to grow choir numbers.

Every teacher has a driving factor that makes them want to keep teaching, and Mr. Monsell’s is to “to inspire young people through music.” In his own words, “choral singing can be an absolutely life-changing pursuit, and I strive to make every singer a better musician who can go on to participate in music throughout their lives.”