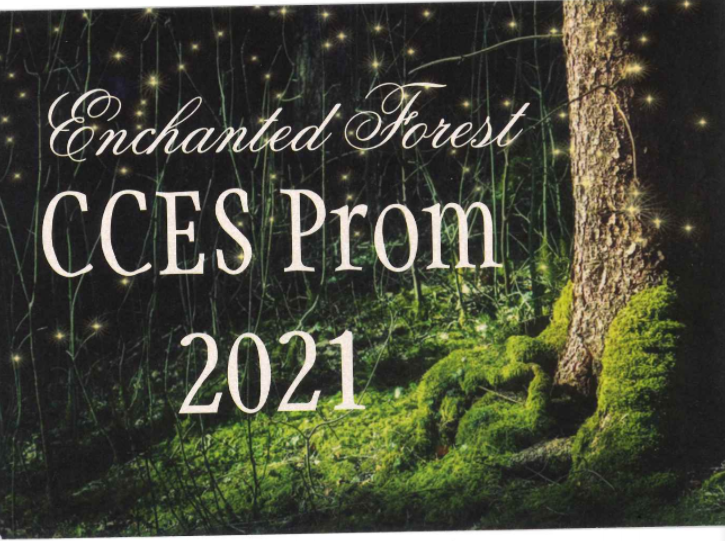 Walking into the Enchanted Forest themed tent last Saturday, I was immediately struck by the atmosphere. Of course, there was the tent itself, no Poinsett Club but still impressive and charming in its own right. But the main reason I felt such strong energy didn’t have anything to do with that. The main thing that impressed itself upon me was the fact that in the midst of a pandemic, everybody was able to gather and hold a prom.

It’s obvious that the school is especially proud of this event. During assemblies and even the prom itself, they reiterated how much of a blessing it was to be able to hold a prom this year of all years. It was predictably canceled last year, as practically the entire world had shut down, so it’s understandable why the prom was one of the biggest question points when the school reopened in August of last year.

Although I am not one, I feel confident in saying most CCES seniors were relieved to know that the school would be holding a prom. After last year’s got canceled, all eyes were on this year’s prom to make up for all those lost potential memories. Clearly, it succeeded.

As I said, the energy of the crowd was immediately astonishing. Walking in, you got the feeling that everybody there really wanted to be there. Of course, that goes for the students, but also the faculty. Aside from the typical chaperoning and trying to remind everyone to wear a mask, it was clear that they were enjoying themselves too, and very proud to be hosting an event of this scale at this time. Mr. Halvorson especially was having a good time, going up in between every few songs to announce a raffle with all of his famous enthusiasm.

Prom has always been about creating memories, and that’s an area in which the 2021 CCES Prom absolutely excels.