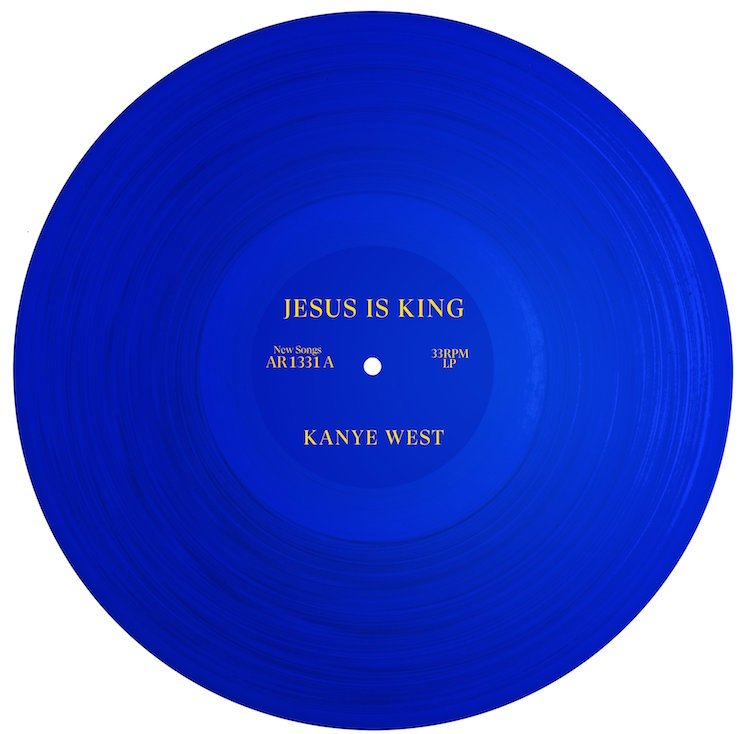 Album Review: Kanye West’s “Jesus Is King” Is Everything It Needs To Be

Kanye West’s Jesus Is King has all the makings of a complete disaster. After over a year of speculation and hype, I was beyond worried when I was finally able to listen to it. Constant delays of the album disappointed me, but, at the same time, further excited me. With such high expectations, there was the thought lingering in the back of my head that anything short of a masterpiece would lead to immense disappointment. Even as an avid Kanye fan, I could already imagine myself being utterly let down by Jesus Is King, just as I had been with Ye prodigy, Chance The Rapper’s The Big Day, released just months earlier. Outside of the potentially excessive hype surrounding the album, the entire concept of Jesus Is King was risky. Kanye, a born-again Christian, announced that the album would be a full-on gospel album. This announcement wouldn’t have worried me if I hadn’t heard this claim before with the Ye album, The Life of Pablo, an album that, while containing beautiful production, boasted some not-so-very-Christian lyrics.

The legitimacy of the religious themes of Jesus Is King was in doubt before I even pressed play on the first song. But as soon as “Every Hour” blared through my earbuds, my worries were put to rest. Kanye makes no appearance on the song, as the 1-minute 52-second intro is composed entirely of a gospel choir, belting the hook: “Sing ‘til the power of the Lord comes down.” In essence, that’s what Jesus Is King is. What Kanye has created here is something we’ve never heard on the mainstream charts: an album keenly focused on God and the artist’s relationship with God. This is thematically Kanye’s most focused attempt at a record. Conceptually, Jesus Is King is fully realized, and, despite the 27 minute run time, the effort is all there. The short run time, however, presents the album’s struggles to execute what is in Kanye’s head entirely.

“Selah,” at just under 3 minutes, is one of the longest songs on the album and, uncoincidentally, one of the best. Ye immediately rattles off an emotional, religious verse over atmospheric organ chords. The climax of the song occurs around the 50-second mark when, as Kanye begins to reference specific verses from John 8:33-36, thundering bass drums bring an unmatched intensity to the bars. As a chorus of Hallelujahs erupts from the gospel choir featured throughout the album, the atmospheric vibe of “Selah” only intensified. The harmonies sound lush and beautiful and are halted by another “Praise the Lord” Kanye verse. The transition is a little abrupt, but the intensely rich tone of the song continues.

As “Selah” transitions to “Follow God,” it becomes clear that Kanye’s production chops are at their peak. The evocative ambiance of “Selah” transitions to a guitar sample from the song “Can You Lose By Following God?” a 1972 gospel track by Whole Truth. Kanye, throughout his discography, revisits these old soul samples, and Jesus Is King is filled with them. And, quite frankly, they’re beautiful. Kanye’s flow is nothing short of memorable, but it’s easy to lose focus of his bars when focusing on the incredible production Kanye presents.

The next track, “Closed On Sunday,” is easily the biggest mixed bag on the album. The picked guitar sounds like a continuation of “Selah’s” vibes. However, the hook, “Closed on Sunday/You’re my Chick-Fil-A,” comes across as corny, surface-level, and a lackluster basis for an entire track. The song is saved by a beautiful synth melody that dominates the last minute of the song. It’s a bit of a roller coaster, but still listenable.

On the song “On God,” Kanye hands the production over to trap producer Pierre Bourne, who creates a retro 80s video game-inspired beat that serves as a highlight on an album filled to the brim with beautiful production. Ye continues spiritual and religious themes, as well as including lines referencing some of his political stances, such as “Thirteenth Amendment, gotta end it, that’s on me.” West has campaigned for prison reform and called for the repeal of the Thirteenth Amendment, which allows for slavery as a form of punishment. The central themes of Jesus Is King, however, do remain nonsecular.

Track 6 and 7 on the album, “Everything We Need,” and “Water,” are essentially Ant Clemons and Ty Dolla Sign songs. Ty Dolla Sign contributes a nice hook on the former, but Kanye’s verses on both songs are forgettable, and the beats just don’t stand out on this album.

Rounding out the home stretch, Kanye’s “God Is” is the emotional climax of Jesus Is King. Here, Ye has hit his full gospel mode, taking over the entire track with his 90-second praise verse. The mixing is poor, and it sounds like Kanye needs to clear his throat, but the emotion is raw and present.

“Hands On” is the weakest link of the Jesus Is King chain. It’s forgettable with some lazy bars that cover up the simple yet striking Kanye-produced beat. “Told the devil when I see him; it’s on sight” is precisely the surface-level, basic religious lyricism that I feared going into it. Still, Kanye gives me no time to sulk, as the mediocre “Hands On” is followed by what I consider to be one of the best songs of the year.

“Use This Gospel” is perhaps the most unlikely song ever to be written. A Kanye West gospel song, featuring previously-split rap duo Clipse (a duo who primarily rapped about cocaine) and legendary saxophonist Kenny G. It shouldn’t work. Honestly, none of this album should. But what comes through is a beautiful, raw, emotive work of art. Kanye takes over the chorus, a heartfelt moment of worship, where he calls on the Lord to assist him throughout his life. The respective Clipse verses aren’t as clearly religious as Kanye’s, but the thought is still there. Finally, as the unbelievable Kanye beat fades, Kenny G reprises the chorus’ melody on the saxophone. It would be the perfect end to the album, but Kanye throws in a brief but unnecessary outro titled “Jesus Is Lord.” It’s the cap to an album that breaks many boundaries while sounding, in concept, somewhat familiar.

Kanye has explored gospel music before, but never to this depth. In that light, this Ye album is entirely unique within Mr. West’s discography. The album, however, is still a Kanye album. The signature Ye production, the Ye flows, the Ye album rollout. It’s all still there. But Jesus Is King holds itself back and, despite delays, still feels somewhat rushed. With this album, somewhere in Kanye’s mind was a perfect album. What came to fruition, though flawed at points, was still everything it needed to be: an undoubtedly raw, personal, beautiful look into Kanye’s journey to Christ.