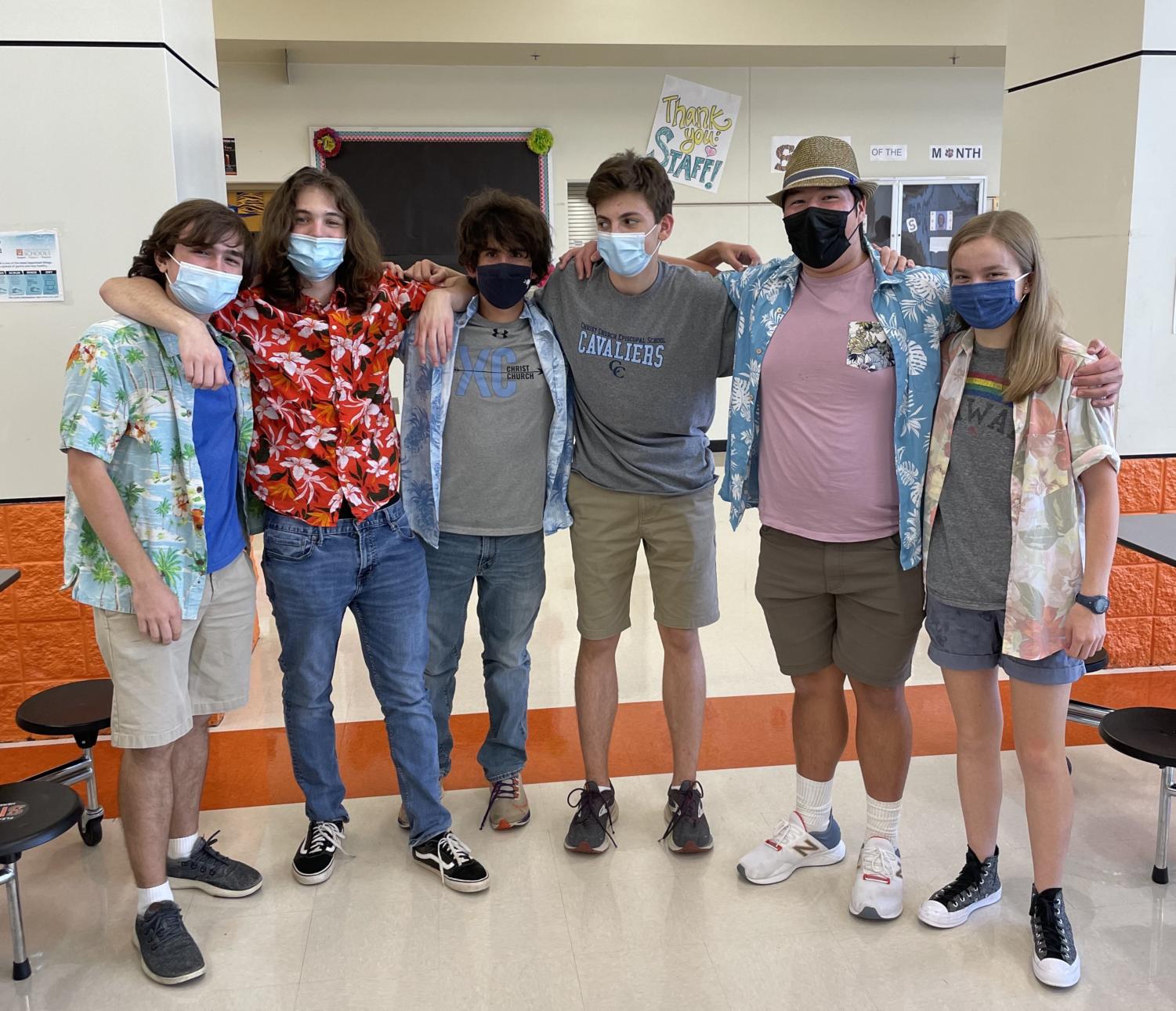 This past Saturday, the CCES Academic Team, competed in the South Side Starter Tournament. The team, consisting of Mac Mertens, Ella Markalunas, Jamie Walker, Nico Ludkowski, Grant Dunham, Jacob Ricca, and advisor Mr. Bowsman, took on Thomas Jefferson Classical Academy, Riverside, Dorman, and other schools in the area. The team sported their Hawaiian shirts, as they have a tradition of wearing themed clothes to each match.

Academic quiz tournaments consist of matches. 2 teams go head to head with 4 members on each side. The matches consist of 16 questions that are toss-ups to either team. A player must buzz in to answer the question, without the help of their teammates. If the toss-up is answered correctly, the team is rewarded 1o points and given 3 bonus questions. The bonus questions are related to the original question and players are allowed to discuss answers with their teammates. A bonus question is worth 10 points. After the 16 questions are completed, the team with the most points wins.

At Southside, the CCES A-Team went 8-2. They played 10 rounds, 5 preliminaries for seed, and 5 playoffs. The A-Team won all 5 preliminary rounds and went in the 1st seed. In the playoffs, the team lost 2 rounds to other 1st seed teams and won 3 rounds. The team took home 2nd place and Mac Mertens came in first for individual performance.  When asked to comment on the team’s performance, Mertens said, “We are in our prime, and we’ve got big ambitions.”