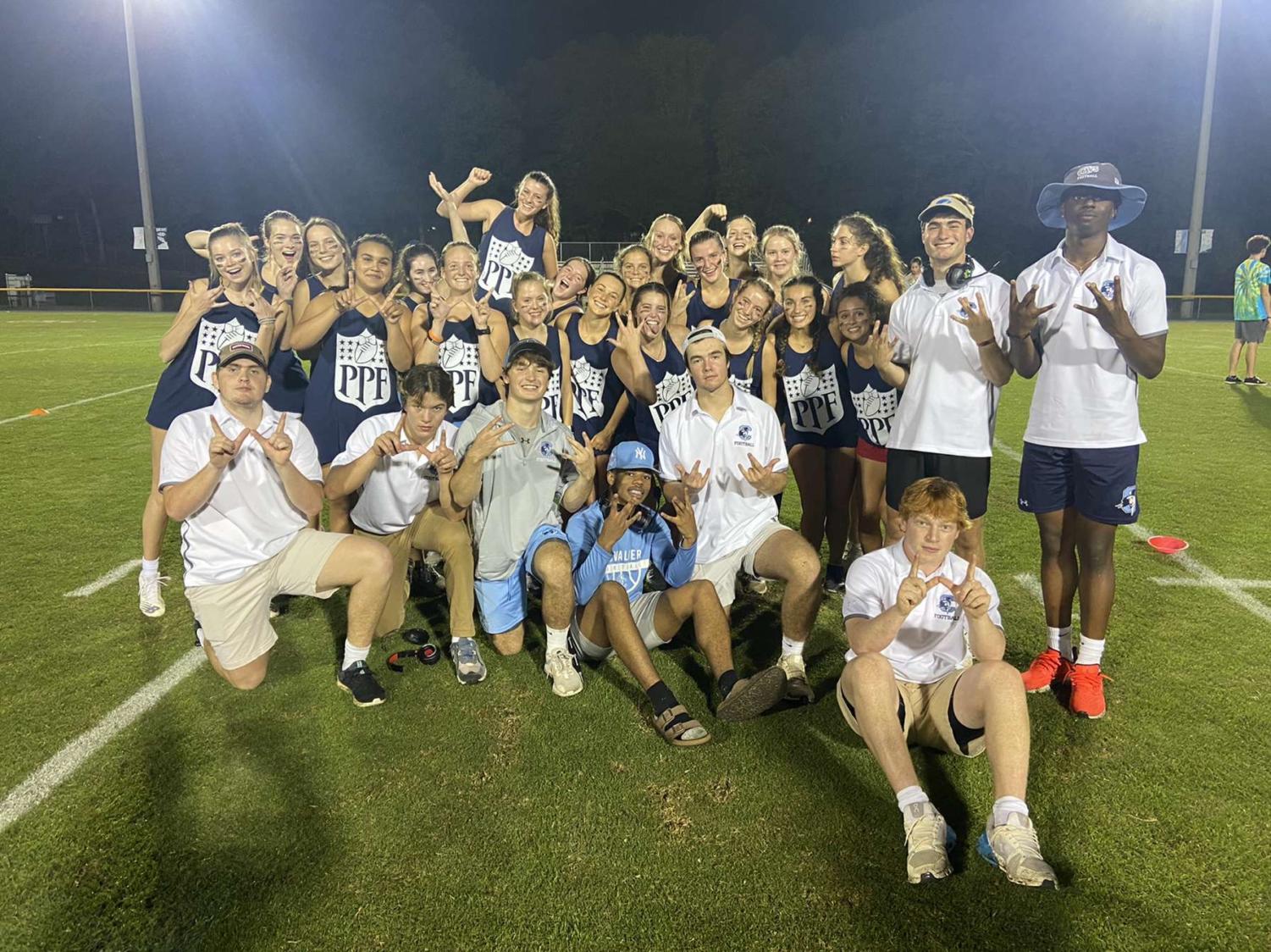 As the lights above Carson Stadium lit up the October night sky, the 2021 Powderpuff game was tinged in drama and controversy. Tensions ran high between both opposing coaches and players, as CCES students were treated to perhaps the most intense two-hand touch football game ever played.

Initial controversy arose with unsportsmanlike conduct calls against Senior coaches criticizing the performance of head ref Sean Vick’s officiating crew. The Senior defense struggled in the first half to contain the Freshman rushing attack in their semi-finals matchup but was able to make big halftime adjustments and pull away for a tight win, setting up a Finals matchup with a red-hot Sophomore team fresh off an upset win over the Juniors.

The Finals game only saw more contention materialize. After a stout defensive performance and a Heisman-worthy game from Senior Maddy Duwe, the Seniors entered halftime with an 8-0 lead. However, the Sophomores came roaring back, holding a 20-8 lead as the game entered the home stretch.

But the Seniors mounted an enormous last-second comeback, with a huge 18-point TD pass from Senior QB Mary Wilson Reyner to star WR Sara Caroline Iskandar bringing the score to 26-20 by the final buzzer. The 18-point TD pass, an obscure footnote in the rulebook, has been the subject of intense controversy, as many have pointed out that the rule may not actually exist outside the mind of the Senior class.

“Winners find a way to win,” said Senior coach Walker Hronchek, “That’s just how it is.”

The Sophomores look to bounce back off their runner-up performance this season. With a talented squad, they’ll be the top target as Juniors next year as teams prep for Spring practice.