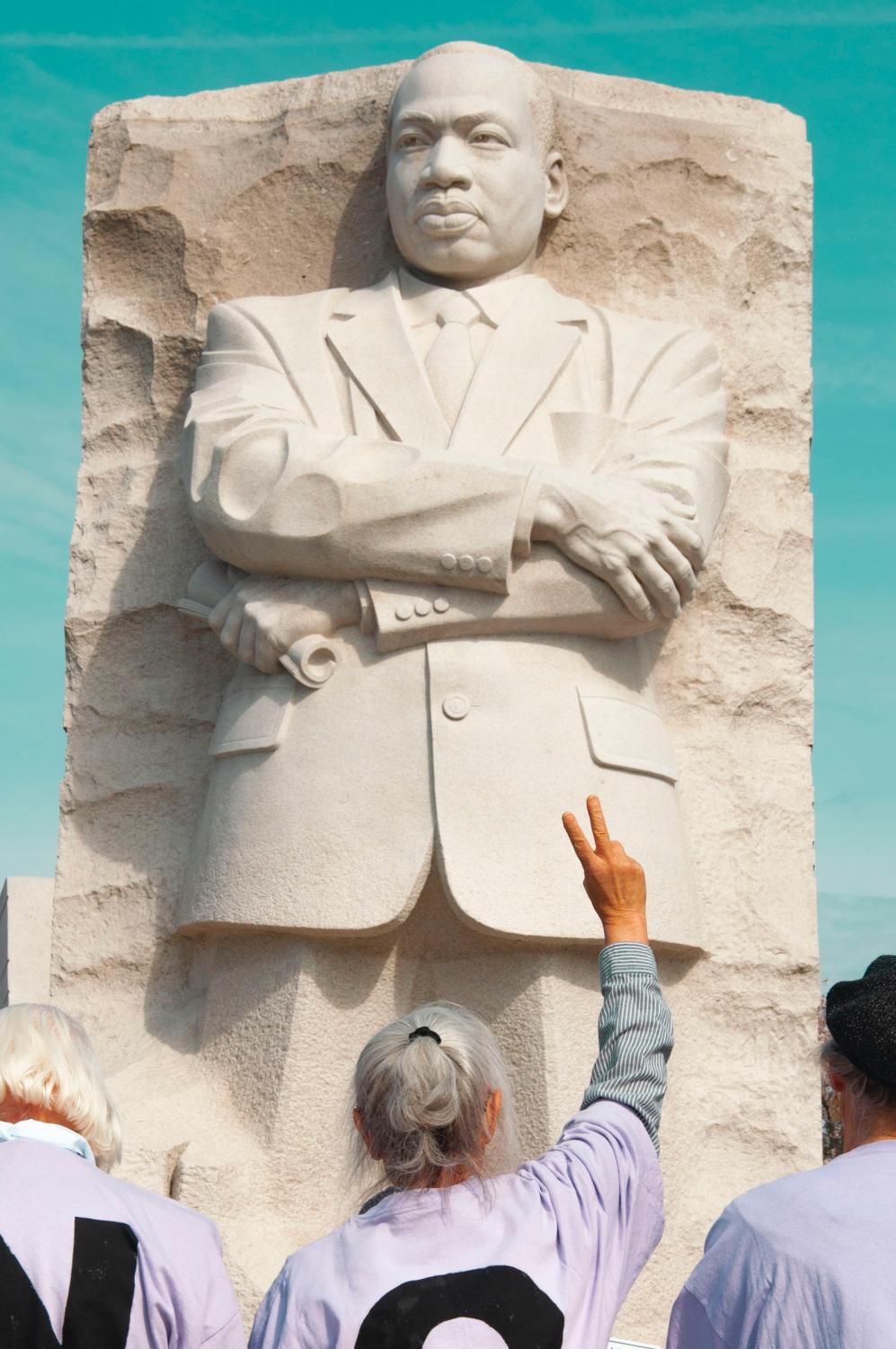 The Reverend Doctor Martin Luther King Jr. changed the world tremendously through his ways of standing up for what he believed in and in doing so he inspired people to fight for what they believe in. It’s fascinating how one man had a dream to bring the world closer no matter the color of your skin or where you come from, this was his goal and he used his passion and drive to accomplish it. He believed that violence wasn’t the answer so instead of using violence to change the world he changed the world with his words and with his love, in one of Dr. King’s speeches he said “I have decided to stick with love. Hate is too great a burden to bear,” this famous quote really shows Dr. King’s true personality, he would rather love than hate because he can’t stand the feeling of hatred. He taught the world about agape love, the highest form of love, and he showed this love wherever he went. Doctor Martin Luther King preached his messages through the word of God and he lived and acted through the Ten Commandment that is found in the third chapter of the bible. Those were his set of laws and those were the things he followed wherever he went. He lead others to a great community where everyone loved everyone and everyone got along with everyone, but when he was assassinated, he left it to the people to fulfill and finish what he started. And that is what we did, but we still do have more work to do.

In January, the Christ Church community decided to remember Dr. King and his accomplishments by having a service to honor him. The service started with a song from the Upper School choir with the first slideshow showing Dr. King speaking at the Lincoln Memorial and him protesting in the Selma to Montgomery March. This then progressed into a video with students from the community asking them what a community means to them. There was another slideshow made by the Ubuntu group containing images of Dr. King and his supporters marching and protesting. While this slide show was played, members of the group read about Dr. King’s accomplishments and told more about what he preached to the world and what his dream means to people all over the world today. This was a service that impacted the whole community of Christ Church by allowing people to realize that difference is a great thing and that we should love the differences that everyone has. I asked sophomore Jay Lowder about the service he said, “Being able to feel a sense of community and being able to accept the differences in each other is really amazing and you don’t really see that anywhere else.” When I asked one of the members of the Ubuntu group what type of impact Dr. King has on him, sophomore Sam Perry replied, “Dr. King’s movement is the reason why I’m here today and his voice and love is the reason why I’m able to do the things I love and have the friends that I have, without him I wouldn’t be here in this school with other races and I wouldn’t have the opportunities that I have.” Dr. King’s impact on society still has a huge effect on how we think, how we act, and how we treat ourselves and other people.