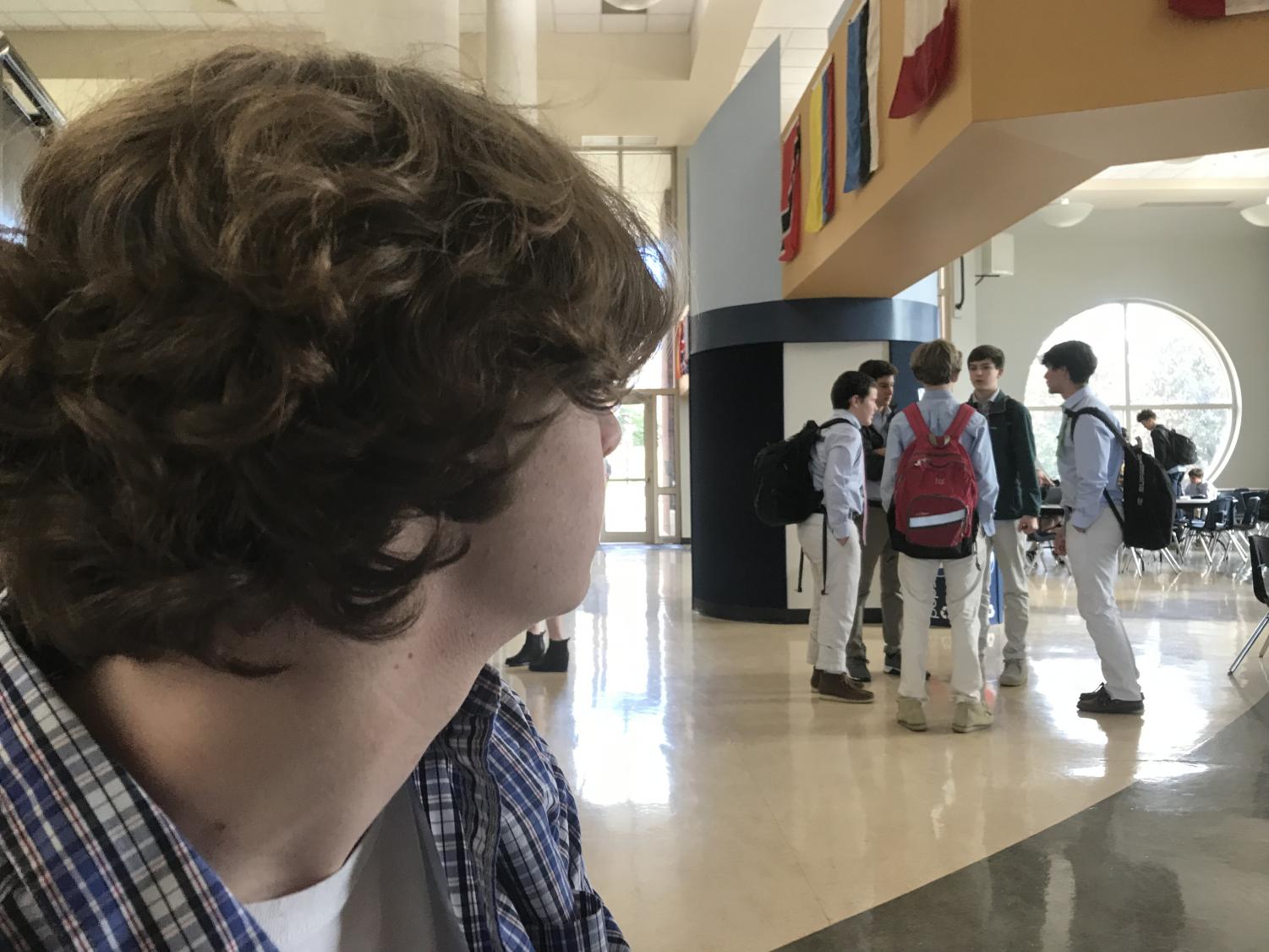 An interesting person is someone you want to know better, someone worth thinking about, someone who has shown you something of who he is but at the same time held a little something back to encourage your interest. In high schools, particularly towards the beginning of the school year, there is an exceedingly high chance that students will end up encountering new people that they haven’t met before. There’s an equally high chance that students will end up considering at least one of those an interesting person. So, with so many interesting people, so many potential friends, so many opportunities to get to know someone better, why are there still so many students that sit alone at lunch? Of course, there are the people that simply prefer not being surrounded by others, but I’m mainly focused on the people that want to be a part of a group. Why haven’t they joined one yet?

This question first came to my attention about a month or two ago. One particular assignment for class involved getting answers to basic interview questions from the Upper School Student Body. It was a fairly simple task, one that should have required little to no effort. I was assigned to do this with one other classmate, so we did exactly that. It took maybe 10 minutes, we simply did exactly as we were instructed; we went around the library and got simple answers to simple questions. On the way back to the classroom, my classmate asked me a question that I had never really gotten before: “How do you talk to new people like that so easily?” It was a question that I certainly wasn’t expecting and wasn’t prepared for, and if I’m being completely honest, I can’t really remember the answer I gave. But the question stuck with me. Upon thinking about it a little while longer, I realized that I wasn’t talking to new people. These were people that I had known and seen for a very long time. If I were actually talking to new people, I know for sure that it wouldn’t have gone off quite as smoothly, and I would have been significantly more anxious and uncomfortable. I likely would have tried to do as little talking as possible. And it was then that I realized exactly why there are still people that sit alone at lunch. It’s not a lack of opportunities, it’s a lack of willingness to take those opportunities when you see them.

Don’t take that comment the wrong way though. I’m not by any means implying that these opportunities are easy to take. Being able to do that requires a pretty solid amount of confidence, security, and even charisma. If one was to try and join a group by simply inserting themselves into the situation, it simply wouldn’t work. That student would still feel like an outsider, and the rest of the group would likely retain their normal dynamic, making no effort to include their new member. So how do you go about doing it? Unfortunately, there’s really no clear-cut way. Everybody can try and offer their own pieces of advice, but overall, there seems to be no general consensus on how something like this is done. And that’s why these opportunities are so hard to take; because nobody is really sure of how to do it.