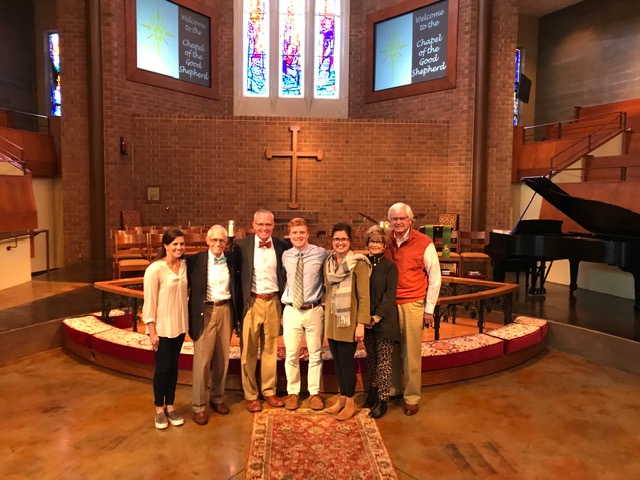 Porter Brown was named as the Epiphany Scholar, which is an award that is given to the senior who “exemplifies commitment to Christian values through worship, sensitivity and outreach to others, personal manifestation of love of God and God’s people in his or her daily life at school, at church, and within the community.” Porter serves on the CCES Student Council, is an academic all-American, a prominent member of the CCES Spanish Club, and a two-time lacrosse captain.

Most students at Christ Church help at one, maybe two charities, but Porter regularly volunteers at 4 charities and has taken mission trips to Guatemala, Honduras, and Kenya. Through the student council, Porter is able to help raise money for the Ronald McDonald House and he works there in any way he is needed. In addition to that, Porter volunteers at the Hope Ball, the premier fundraising event for the Cancer Society of Greenville. He has worked alongside the Spanish club to organize events benefiting Neighborhood Focus, an organization that organizes after school and summer programs for children (many of whom are Spanish-speaking). And finally, Porter coaches the next generation of lacrosse players with the Lacrosse Force Youth League.

Porter had to thank many people when he won this award, including his friends, family, coaches, and the Christ Church community.  But the person whom he credits the most for instilling in him the values of an Epiphany Scholar is his dad, Rob Brown. He described his dad as “the greatest role model in my life and has modeled to me the life of a true gentleman walking with Christ.” He also praised the past recipients of the award, noting that he had “always been struck by the qualities of the recipients and all that their friends and teachers have to say about them.”

What’s next for Porter? This summer he will be a swim coach at the Greenville Country Club. Beyond that, he will be attending the University of Virginia in the fall, majoring in kinesiology. His hope is to then attend medical school and become an Orthopedic surgeon.