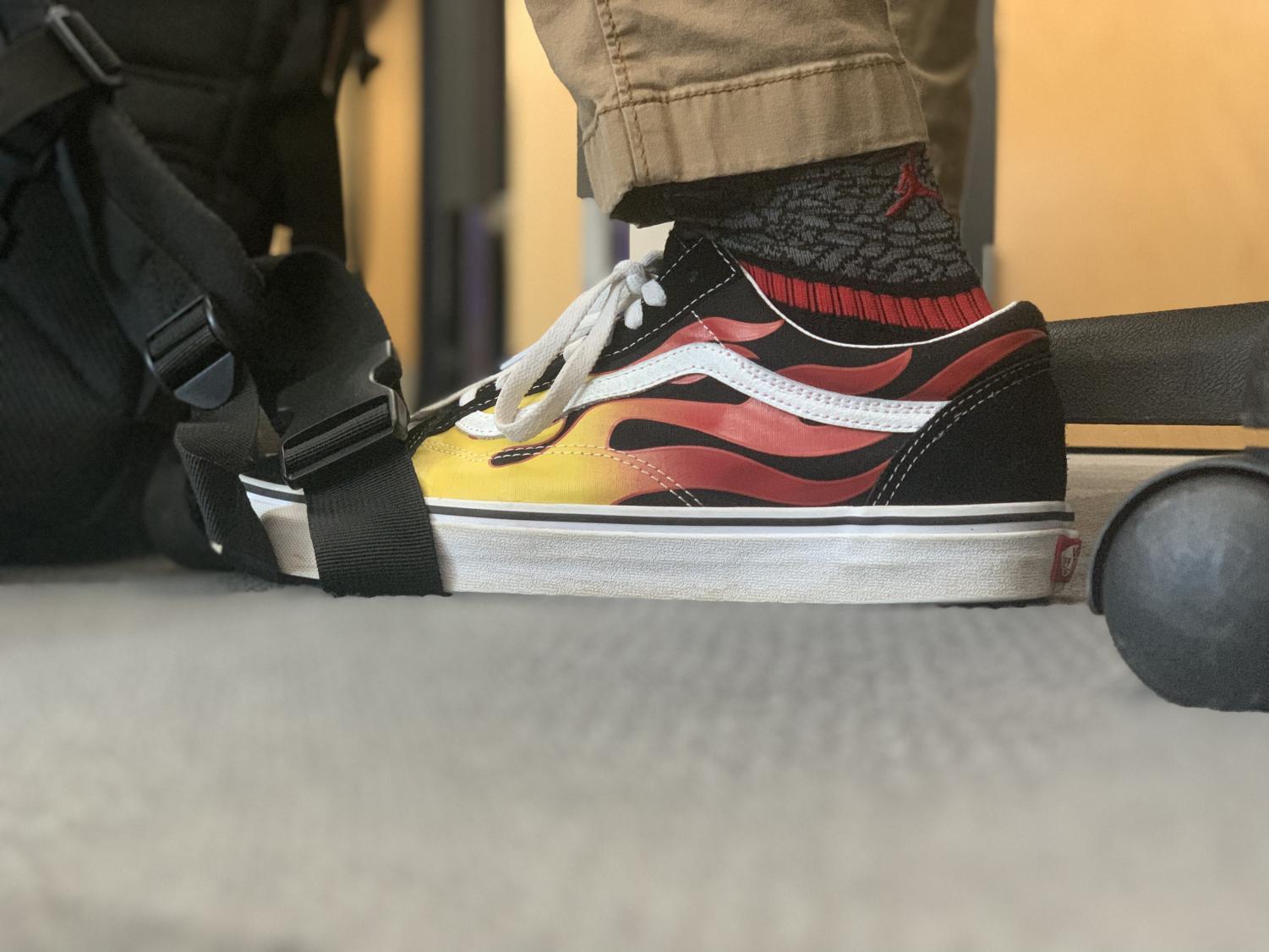 Sneakerheads: How and Why The Sneaker Culture Has Exploded

“How much is your shoe collection worth?” doesn’t seem like a real question. The entire concept of shoes as a fashion statement or even a status symbol, rather than simply being a protective layer of rubber between your foot and the ground, is a relatively new idea. The current youth is just the second generation to live in a post-Michael Jordan world, a world where a logo of a basketball player doing the splits in mid-air, known as “The Jumpman,” has come to mean so much. MJ changed the game, both the literal game of basketball and the business game of footwear. With the release of his first signature shoe, the Air Jordan I, what someone wore on their feet became their identity. Everybody yearned to be Michael Jordan. He was objectively the best in the world; nobody could come close to his skill and athleticism. For the youth, he was the ultimate role model. They would give anything, including their money, to just feel a little bit like MJ. So, Nike gave these kids that opportunity, offering a taste of greatness in the form of Air Jordans. Simply having your socks touch the same insoles that Jordan’s did was enough. Nike had struck gold, and money poured in. Since then, they have released a new Air Jordan every year for the past 3 decades, making absurd amounts of money off of the footwear.

Don’t mistake this for a criticism of the sneaker industry. I find nothing morally wrong with a sneaker company pandering to the dreams of the youth. It’s business. I’m more fascinated by the success of the shoe industry on a local, national, and global level than anything.

Walking into Greenville’s Hyped Experience is, as the owner, Josh, puts it “like entering a time capsule.” Josh, 27, keeps the store filled with whatever shoes, clothing, or vintage accessoires that people sell or trade him. 90s Simpsons memorabilia fills a shelf. The store’s indoor sign is backed by a wall of vinyl record jackets, ranging from Black Sabbath to ABBA. Below a shelf of 90s Saturday morning cartoon paraphernalia is an Atari displaying Sword Quest on the TV. Being 15, virtually every item in the store is older than me. As I begin to browse, I continue to feel the influence of the late 20th century. Vintage Simpsons and Looney Toons shirts fill the clothing racks. The price of every piece of clothing is listed on a tag made from a 90s sports card. In a store where almost everything was made before the turn of the century, you would expect a shelf of shoes released in the past half-decade to stick out like a sore thumb. But these shoes, by far the newest items in the store, still evoke the same feeling of nostalgia, even for someone who hasn’t experienced the time they feel this nostalgia for. Walking around the store triggers a desire for simplicity, sending you back into a time where you truly believed you could be the next MJ, a time before you fully realized that you would never have the height or genetic athleticism to be an NBA player, a time where you felt that, as long as you wore your Air Jordan 6s, you truly could be “like Mike”.

A quick glance at the feet of Christ Church’s student body perfectly demonstrates the average teenagers’ fixation on footwear. “It sounds bad, but the first thing I look at when I meet a person is their shoes,” said sophomore Hudson Adams, “Whether they’re wearing Jordans or Ultraboosts or Gucci loafers, it says a lot about a person.”

So why are adolescents so drawn to the shoe game? What is it about the teenage demographic that makes a shoe worth $500? Spending seemingly ridiculous amounts of money on shoes seems completely immature and irresponsible, especially for an age group about to enter adulthood. And that’s exactly the point. The high school demographic perfectly straddles the line between child and adult. Just a few years ago, they were in elementary school, watching Cartoon Network and eating Lucky Charms. In just a few years, they will begin to be expected to enter the corporate world, find a spouse, and support a family. It’s a lot to take on and it’s hard to blame someone for wanting to live in a world of Lunchables and playgrounds rather than a world of 9 to 5s and tax returns. Saving up your money to buy a pair of Yeezys is the same concept as a kid in the 80s saving up to buy an Atari. It’s not that type of purchase that a financial advisor would endorse. It’s dumb, but gives an instant dopamine rush. Sneakers are really a childish thing, but that’s what makes them so appealing to teens.

As those teenagers graduate from college and enter the workforce, they have to grow up. Many switch out their Jordans for half-off dress shoes from Macy’s. But to those who still want to hold on to that piece of innocence, the sneaker is a symbol. It is a symbol of innocence and hope. Hyped Experience displays perfectly the nostalgia people desire. The vintage, bright-colored windbreakers and 90s cartoon posters, for many, call back to a simpler time. The life-size cardboard cut-outs of Shaquile O’Neal and Michael Jordan bring to mind the same feeling as the Nikes sitting on the shelf. The whole culture is obsessed with nostalgia, and given the youthful symbolism of an Air Jordan, that makes complete sense. As this generation of teenagers become nostalgic adults, perhaps the era of the Air Jordan will fade out and 40 year olds will be wearing their Yeezys in a desperate attempt to stay young. Regardless, the sneaker will always be a representation of the youth and as long as people want to stay young, sneakers will be bought irresponsibly.

But what about the sneaker/streetwear boom within Greenville? While talking to Josh from Hyped Experience, he acknowledged just how much “Greenville’s fashion culture has grown recently.” His reasoning lies in the existence of an apparent domino effect created by increased exposure. “If you put something in someone’s face that they’ve never seen before, it makes them want it even more,” Josh explained. The increased exposure in the Greenville community has occurred naturally. As the city of Greenville sees the exponential growth it has, the sale of desirable items such as expensive footwear increases as well. This year alone, the city has seen a flurry of new stores open and flourish, including Hyped Experience.

“I’d say the community has welcomed Hyped with open arms,” Josh commented, “We try to do a lot to give back to the community. Everything I do with Hyped is strictly for the Upstate.”Greenville, like the teenage demographic mentioned earlier, stands at a crossroads. Somewhere between the size of Spartanburg and the size of Atlanta, Greenville has the tall office buildings and music scene of a huge city, while maintaining the tight-knit community of a small town. And those characteristics are what makes Greenville fertile ground for stores like Hyped Experience. Stores like Josh’s are the foundation for the growth of sneaker and streetwear culture both in the city and at Christ Church.