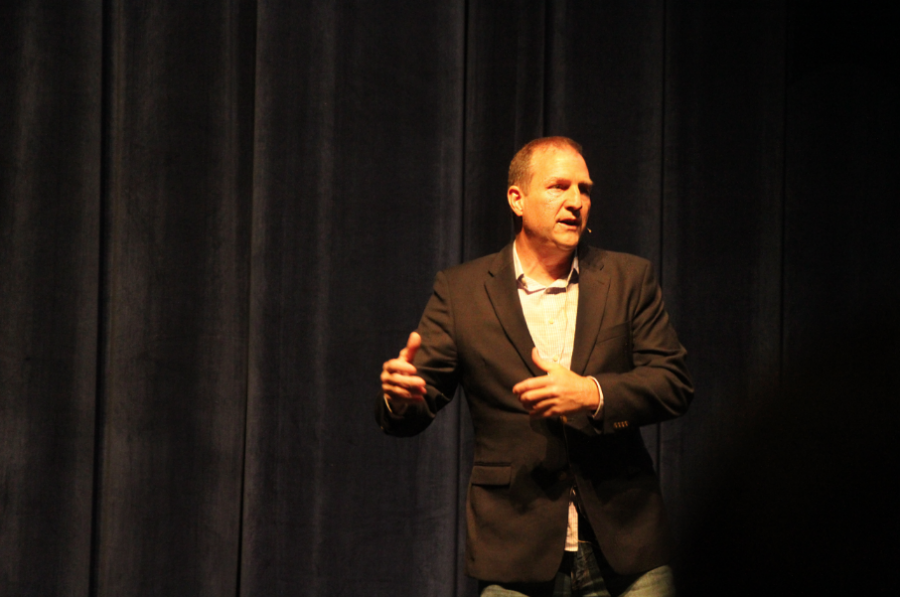 On Monday, March 19, CCES students gathered in the PAC during assembly to listen to speaker Richard Jones, CEO of FAVOR Greenville, as he informed and advised students about the growing opioid crisis in America. FAVOR Greenville, or Faces and Voices of Recovery, is an addiction recovery and intervention facility in Greenville. According to their website, the mission of FAVOR Greenville is “to promote long-term recovery from substance use disorders through education, advocacy and recovery support services, resulting in healthier individuals, families, and communities.” Jones explained to CCES students about the negative effects of marijuana as well as lethal drugs being used in “homemade” copies of hard drugs, and how these substances affect the brain.

During his speech, Jones used his own experience with opioid addiction to show students that there is no single face of addiction. He told students that addiction is not simply an issue of morals, and that it can affect any class or type of person. He used images of healthy brains and brains of drug users to show that addiction is a reaction of the brain with chemical substances, not just a choice. CCES students were told about how the brain is flooded with dopamine when certain drugs are used, and that this impaires the brain’s ability to produce its own dopamine without the drug.

Jones explained the effects of marijuana on the brain, and how it is not as innocent of a drug as some may think it is. He told students that in his time as a young adult, the messages about marijuana were much less permissive. Since marijuana has become legal in several US states, conceptions about the drug has transformed to say that it may have health benefits, especially as it is being administered as “medical marijuana.” He informed students that in Colorado, where marijuana has been legal, traffic incidents have gone up 31%, and the amount of these instances having to do with THC have gone up 44%. Also, he explained that medical marijuana is not always treated like a medication, and in some cases the dosage is not decided by the doctor, but rather left up to the patients discretion.

Jones also told students about the risks of taking pills recreationally. He showed students that in many cases, people make their own drugs and package them to look like real drugs such as xanax and cocaine to sell them as authentic drugs. However, these fakes are deceptive, as they can potentially contain lethal drugs such as fentanyl and carfentanil, both of which can kill in just miniscule amounts. He explained that the potential risks of experimenting with hard drugs are heightened by the recent increase in availability of such drugs, a new development that he said did not exist in his own high school years.

Richard Jones helped students to better understand the true consequences of drug use – from seemingly innocent drugs like marijuana to hard drugs like prescription pills. He made sure to tell students that drug use and addiction to illegal substances can affect their relationships, their personalities, and their futures. Jones encourages students to call the FAVOR Greenville hotline number (864) 430-1802 if they have questions or concerns.