Inside the Day of a Poll Worker 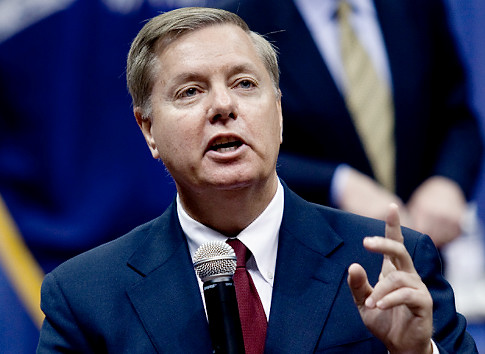 Immediately the day began for the poll workers as they posted signs around the church about voting procedures and about where the voting would take place. An important sign that was posted emphasized the importance of having the correct personal identification ready to be checked.
After this, the workers helped set up the computers and the voting booths themselves. Finally, as the church was prepared for the voters, the workers sat down and took a deep breath. They knew that pretty soon the voters would be coming ready to cast their ballots.

As they sat down, one of the fellow workers sat down as if she was ready to take on the world. She introduced herself as Debby, and began to tell everyone about her poll working experience. She began by telling the newer poll workers that working the polls was not as overwhelming as they thought. She also told them how she was proud that they were serving our community as poll workers. The more they listened to Debby, the more she entranced them. They became more curious about her poll working experience and began asking her more questions.

They learned from Debby that she had began poll working during the last presidential election and has been doing it ever since; therefore working about four or five years. She told them her interest in poll working was sparked when her church announced they needed poll workers for an election.
She was excited about this opportunity because “the precinct I was placed at was my church, so it was very easy. I was also excited because I was going to be able to serve my community. Like give back to the place that has made me who I am today.”They continued their conversation and she told them some of her favorite memories from poll working. One of her favorite memories that continues to develop is when first time voters come to vote.

“I love it when first time voters come in. They seriously could not be happier people. They are so excited to use their rights and try to impact our community and nation.” She told them that she could not wait to see what today’s group of voters would be like. Little did the other poll workers know that they would also make some special memories that day.

As Debby continued to talk, voters began to trickle in. They began to line up, and that was the official start for the poll workers.
The first station was for registering. Poll workers would begin by sitting at a computer and signing people in so that they could vote. After doing this job for about two hours, the workers would switch and start working the voting machines. The job at this station was to bring the voter to a voting machine and use a green PEB to open the machine for voting. The green PEB is a little handheld device each poll worker had to put in the voting machine so that vote is collected. Once the green PEB was inserted, they made sure the voter knew what they were doing and then left them to vote.

After another two hours, the poll workers would switch again. The next station was handing out stickers. Most poll workers did not realize how important this job is.

Once voters finished voting, the workers showed them the way out of the church and made sure to give them a sticker. Many of the adults voting told them they needed the sticker so that they could show the sticker to their boss, who let them leave work to vote. The workers noticed that after receiving their sticker, the adults would walk out of the church with a big smile across their face. As the day continued on, the workers kept switching to different positions and working in different areas. After the morning rush of voters, the workers entered into an afternoon of calmness.

During this calmness the workers were able to talk more to fellow workers and were able to ask some questions to their poll manager, Eric. Eric has been a poll worker for a series of years along with multiple other jobs, one of them taking care of his six children.
He says that he loves poll working saying, “I have really enjoyed it. Although it is a lot of work, and the hours are longer, I feel as if I am making a difference in the community. Making a difference is what matters and is what is most important.”

After the calmness died down, the workers started getting a huge flow of voters that was consistent until the closing of the polls. The workers were constantly on their feet, and began to feel really tired. They began to realize how badly they wanted the polls to close just so they could go home and crawl into bed.

Eventually, after closing and cleaning up, they were able to do just that. Even though that day was incredibly long, many of the poll workers realized it was worth participating in because they were able to make a difference.

Most people believe that they cannot help their community because they do not have the power, but today, the poll watchers saw that theory being proved wrong.