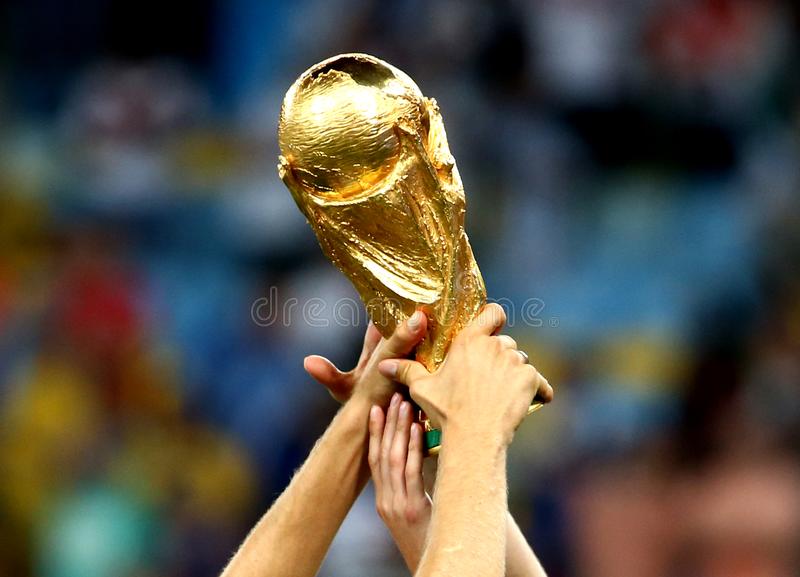 World Cup: Passion At Its Finest

Throughout sports history, the idea of bringing the world together has been a constant idea in terms of entertainment to the masses, yet no sports event has more political implications than the spectacle of the World Cup. Nations put their honor, respect, and their identity on the line as they match up against countries from around the world. Players who come from poor backgrounds, like Pele and Maradona, had the chance to become legends in their countries. Fans are able to unite behind the nation in a way that normally would only happen in a time of war.

There is a certain beauty in the game that only requires a ball and a community to compete with. As an American, I have only begun to see this in the past four years as my love for the world’s game has grown. Entering this year’s World Cup, in a time where political tensions all over the world are skyrocketing, it is almost a relief to see the globe brought together in a way that does not involve its many complex issues.

When I asked football fans their opinion on the World Cup, many of the same responses seemed to pop up. Ideas of “family togetherness” and words like “unity” popped up frequently.  Junior David Tah, a rabid Arsenal and England fan, believes that “the World Cup brings the world together and brings a lot of love to sport in general.” Junior Nelson Adams Riley seconded that opinion when he said “the World Cup is a tournament that is the epitome of unity within the sport of soccer.”

However, not all of the student body agrees on the supposed unity of the World Cup. Senior Molly Morgan said, “There is too much money in Qatar’s economy for the games not to be rigged.” Senior James Delo said, “I like what Qatar stands for: It emphasizes uniformity and collectiveness, something we don’t have in America.”

Although many of the stories that have surrounded this world cup have been focused on the human rights violations that were committed in the country of Qatar to make the tournament happen, this should not dominate the entire conversation. Many fans that have traveled all over

the world have shown their class, like the Japanese fans who cleaned the stadium after their group stage match against Spain. I don’t believe a tournament that has such massive implications on a world stage should be completely judged on the actions of a corrupt country.

I have found that sports have the potential to bring the world together in ways that are not usually possible during a time when division is at the forefront of the political spectrum. The World Cup has over time become a mainstay of not just the entertainment business but part of the fabric that keeps the global goal of peace together. As much as we may believe that we are so different as a human race, there is a certain solace that every time we find ourselves watching our countries facing off on the world stage we see the same array of emotions across every fan. Every goal and every big moment triggers a wave of either pride or ultimate despair, no matter what race, political affiliation, orientation, or class you belong to.