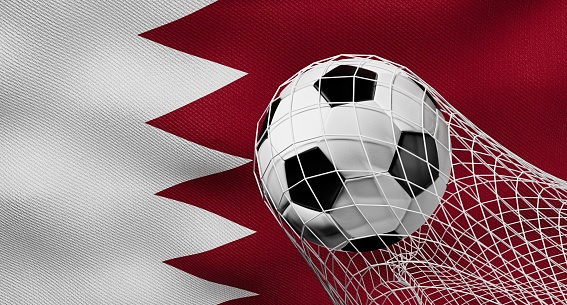 The 2022 World Cup And a Guide To Sportswashing

In March 1976, the Argentine Armed Forces seized political power over president Isabel Peron. A fascist dictatorship was later instituted, headed by military official Jorge Videla. Videla’s regime would suspend democracy in the country, commit mass human rights violations, and persecute left-wing political opponents. The 1978 World Cup, hosted in Argentina, was mired in controversy due to Videla’s oppressive government. There were calls for the tournament to be relocated. Then-FIFA President Joao Havelange refused to move the tournament, however, stating, “[The World Cup] is sport, not politics.” Argentina, who went on to win the tournament, used the competition to convey the image of a united, glamorous nation–an image heavily fabricated. 44 years later, another nation is using the World Cup in attempts of hiding the true nature of its regime, this time halfway across the world in the Persian Gulf.

A recently released Netflix series, FIFA Uncovered, documents the widespread and long-standing corruption in world football’s governing body. Covering the 1978 World Cup for the documentary, David Conn, a journalist for The Guardian, states, “There’s a modern word for cruel or unjust regimes who glamorize themselves or cleanse their image through association with football, and that modern word is sportswashing.” As Conn notes, governments have been utilizing the positive image and press associated with sports for decades. Perhaps the most famous example of sportswashing occurred in the form of the 1936 Berlin Olympics. The event was seen by Hitler as an opportunity to promote his ideals of fascism and racial supremacy. Though holding the events in Berlin initially faced criticism, US Olympic Committee president Avery Brundage supported the event, claiming that sport and politics shouldn’t mix. The sentiment, one that would later be echoed by Havelange, shows the effectiveness of sportswashing. Many fans will choose to look past a nation’s clear human rights abuses, no matter how egregious, in favor of focusing on the sport.

Beginning from the turn of the millennia, sportswashing came to be seen as a viable strategy for Middle Eastern nations. Dubai, whose oil reserves were quickly running out, turned to sport as means of sponsorship. The city held numerous sporting events and marketed itself through its state-owned airline Fly Emirates. Sheikh Muhammed, Dubai’s Emir, unsuccessfully attempted to purchase Liverpool FC, a move that was seen as the next logical step in soft power and promotion through sport. Qatar, a tiny Islamic Emirate bordering Saudi Arabia, took note of its southern neighbor’s tactics. Qatar built the Aspire Academy, a multi-sport facility that launched as the world’s largest domed building. Aspire, which was opened by Pele and Diego Maradona, would house the Football Dreams project, a government-sponsored program aimed at nurturing and developing young football players from around the world. The initiative was started with the hopes of building a competitive national team capable of competing on the world stage. Qatar dreamt of hosting a major sporting event. The 2006 Asian Games in Doha, the nation’s capital, was a complete disaster. The contests were befallen by heavy rain, leading to the death of a South Korean equestrian. Qatar’s bid to host the 2016 summer Olympics in Doha failed to make the Olympic committee’s shortlist. The nation’s hopes of holding the 2022 World Cup were understandably met with skepticism. The Qatari bid, however, emerged victorious, signaling the culmination of a multi-decade plan for the Qatari regime.

Qatar took advantage of an extremely corrupt FIFA committee. The 24-man committee, which was responsible for selecting the host nation of the World Cup, was headed by president Sepp Blatter. Though Blatter wasn’t particularly popular when he ran for FIFA president in 1998, he was very well-connected. One of those connections, Michel Platini, was instrumental in hemorrhaging votes for Blatter from European countries. Platini, who himself was a French football legend, retained close ties to Blatter when the former became president of UEFA in 2007. Prior to the announcement of the 2022 World Cup hosts, it was rumored the two had a gentlemen’s agreement that the United States should hold the tournament. Just weeks before the announcement, however, an alleged meeting occurred between then-French president Nicolas Sarkozy and Qatari crown prince Tamim Al Thani. Al Thani supposedly agreed to purchase Paris Saint-Germain, the club Sarkozy supported, and French Football TV rights through Qatar’s state-owned channel Al Jazeera. In return, Sarkozy would pressure Platini to vote for Qatar’s World Cup Bid. Qatar has also been accused of paying $1.5 Million to high-ranking members of the FIFA Committee prior to the vote. While Qatar has always denied accusations of bribery, an investigation produced by American attorney Michael Garcia strongly implied Qatar had breached FIFA rules. A later investigation into corruption within FIFA led to the arrests of nine FIFA officials and the removal of Sepp Blatter from office.

Hosting a World Cup is a rather costly endeavor. The 2010 World Cup in South Africa cost an estimated $3 billion. Russia’s expenditure in 2018 was nearing $12 billion. The 2022 edition was by far the costliest. Qatar had to build seven stadiums as well as new housing projects to accommodate the millions of visitors coming to see the games. Qatar isn’t expecting to make a profit from their investment (a figure which is estimated to be in excess of $250 billion). Qatar is hoping their return on investment will be the legitimization of the Al Thani government. Qatar is an absolute monarchy, ruled by the Al Thani family, which rules with an iron fist. Freedom of the press is restricted while homosexuality is outlawed. Qatar has also been widely criticized for essentially utilizing slave labor to construct its sporting infrastructure. The Kafala system, which traces its roots back to British administration in the Middle East in the early 20th century, allows nations to import workers from third-world countries and exploit their labor without regard for proper working conditions, safety regulations, or the guarantee of salary. Qatar’s chief executive recently claimed 400 migrant workers had died from working on World Cup-related projects, though the estimated number is far higher.

In the days preceding the advent of the 2022 World Cup, it was revealed that the Qatari government would pay for travel and tickets to World Cup games to those willing to give the tournament positive press. Qatar Airways had also struck a deal with FOX Sports, paying for the travel of 150 staffers and pundits to cover the games on location, as well as a waterfront set. Criticizing Qatar’s World Cup on social media brought about a barrage of counter-attacks and slander. FOX Sports declined to cover the controversies surrounding the World Cup and gave positive press towards the tournament. Qatar is clearly hoping to mirror what past regimes have accomplished through the use of sport to conceal the true nature of the government. Thankfully, much attention has been given to the poor treatment of migrant workers and the abuse of LGBT people at the tournament. Qatar’s team has also bombed out of the tournament, losing all three games. Hopefully, the 2022 World Cup can be looked back on as a failure for Qatar’s regime, and a force for positive change in the nation and the world.