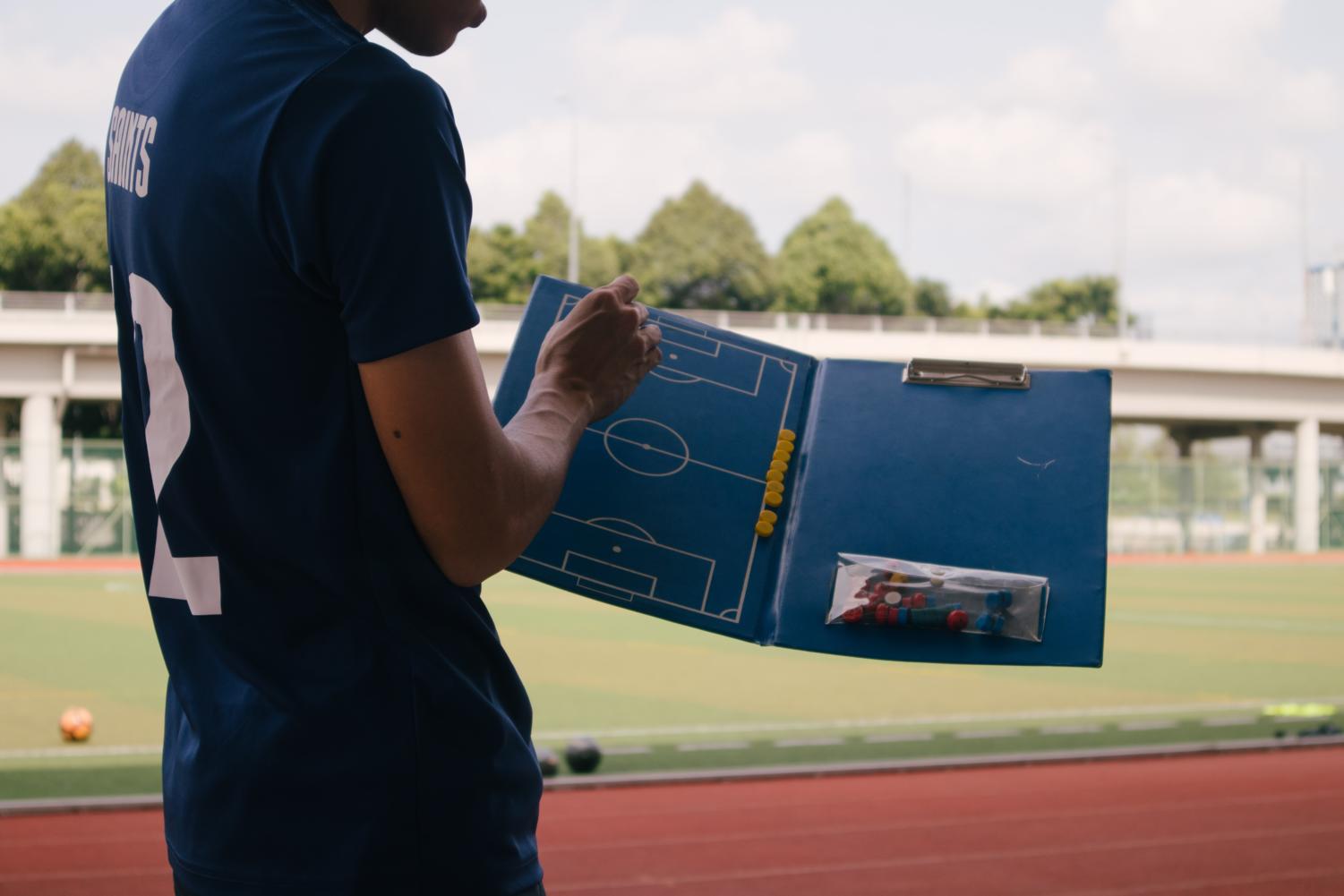 The future of CCES sports is bright. This year the school has hired two new outstanding head coaches for their baseball and lacrosse teams who seek to raise the programs to new heights. Both coaches, Aaron Cottingham and Joey Porchetta, have high hopes for the upcoming season and look forward to leading two talented Christ Church teams.

After last baseball season Christ Church was desperately in need of a new head coach to turn the program in the right direction. To everyone’s pleasant surprise, the man who stepped in was not an unfamiliar face. It was none other than former strength coach, Aaron Cottingham, or as he is known around the school, “Coach C.” Coach C has been with the school since the 2020/2021 school year, serving as an assistant football coach and working with many of the athletic teams in the weight room to get players in shape for their respective seasons. However, Cottingham has an extensive baseball background before his days as a Cavalier. After playing in high school, he became involved with Cal Ripken Baseball through a college internship, serving as a tournament and camp director before taking a job at Velocity Sports Performance. He later went on to coach at West-Oak and Blue Ridge high schools. After watching the baseball team at Christ Church for two years, Coach C knew that the team had potential.

“I was caught off guard by the talent I saw on the field,” he said. The baseball team lost nine games by just one run last year, so the gap to a dominant team is not a big one. Cottingham believes that with his past experiences as a coach combined with the hard work of the players, Christ Church baseball can quickly earn a name for itself.

Coach C hopes to bring “organization and a vision” to the program this year and help lead the team to a successful season. Yet he wants to go beyond establishing dominance as a program this year. He wants to win the region and even take home the state championship. “Because that gap is so small,” he said, “this is a team that can win.”

Another cool thing that Coach Cottingham hopes to bring to the program is the opportunity to play at some big ball parks, including the old Greenville Braves stadium, North Greenville University, Fluor Field, and possibly even Truist Park. There is no doubt that the baseball program has been placed in the right hands and all eyes will be on the team as the season approaches.

Similarly to baseball, the lacrosse team also faced a transition in head coaches over the past few months. Everyone around the school community was devastated when they heard that former head coach Joe Cummings would be leaving Christ Church after the 2022 season. With the help of his assistants, he had built a powerhouse of a lacrosse program and had stamped a name for Christ Church across the southeast. In his final year, he led the team to one of their best seasons yet, despite coming up short in the State Championship game to Lucy Beckham.

However, it was yet another familiar face who stepped in to fill the vacancy left by Cummings. Former assistant coach of the Cavaliers, Joey Porchetta, eagerly accepted the head coach position in hopes to lead the Cavaliers to another successful season.

When it comes to qualifications for the job, Porchetta goes above and beyond. Joey grew up in Westfield, New Jersey where he began playing the game at a very early age. He played competitively through middle school and high school before he was recruited to play at Franklin and Marshall College in Lancaster, Pennsylvania. After moving to Greenville five years ago Porchetta soon realized that Christ Church was where he wanted to be.

“This school has taken me in in a really loving way,” he said. “I couldn’t let someone come in and take this program backwards.”

He realized that to maintain the culture and success of the lacrosse program that he had helped build for the last five years, he needed to step up and lead the team. Coach Porchetta wants to push the senior-heavy team to new limits and get players out of their comfort zone.

“I want to make practice an environment that’s very, very tough so that when we take the field on game day we are ready.”

Porchetta is excited to finally have the opportunity to be the primary leader of a team and hopes to get his team back to the state championship game this spring. The lacrosse program will not be skipping a beat this year with the reins now in Porchetta’s hands.

It’s safe to say it will be an exciting spring for Cavalier sports as these new exceptional head coaches lead two talented teams in hopes of bringing home a state championship trophy.