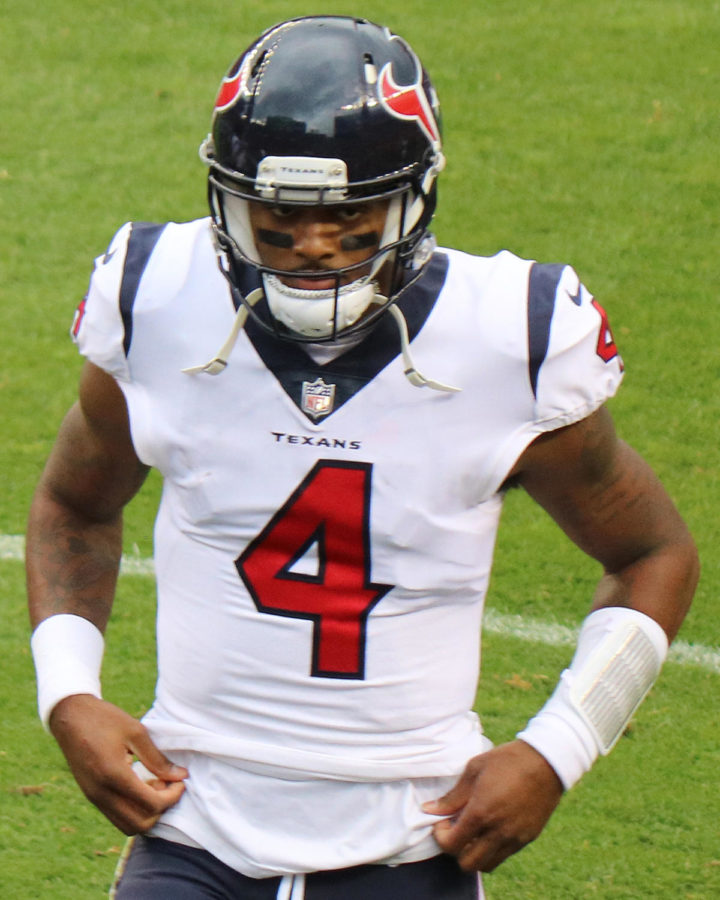 At 8 years old, when I first  watching football, Deshaun Watson was making a name for himself. He was winning games left-and-right and I was in awe. I was there when he won his first start at home against North Carolina and when Clemson won the ACC championship. Later on, I watched Deshaun toss a 4 yard touchdown pass to Hunter Renfrow to win the National Championship. He was my hero.

After such a successful season, Deshaun graced the cover of Sports Illustrated and he was depicted as a stand up guy. He cared for his mother who had been stricken with throat cancer. He worked with Warrick Dunn, a former Florida State standout who is renowned for his charity work. He was also a standout student. At that time, you couldn’t find a better guy than Deshaun Watson. Then everything went wrong.

In March 2021, the first allegations of harassment against Deshaun Watson came to light. Normally I would have assumed a celebrity like Watson would be guilty. Kevin Spacey? Oh, yeah, for sure. Matt Lauer? Yeah he’s a monster. Same with Harvey Weinstein. Deshaun? Nope. That’s my guy. My hero for crying out loud.

I wanted to give him the benefit of the doubt. I read up on anything I could. Could the allegations have been made up? Did the Texans plant evidence against the QB? Was the lawyer a power hungry person who wanted to be famous? I initially convinced myself that one or all 3 of these theories were true but then, more details came out.

It was reported that 23 of the 24 cases had been settled. That’s not a good look. Then the number 66 came out. That is the number of massage therapists Deshaun Watson had contacted over the past year. Now I understand that for football players, who play a sport that is designed for human wreckage, pain is inevitable. I also understand that using massage therapists as pain relievers is a common practice. However, no NFL player, regardless of pain level, should have 66 therapists on speed dial. The moment I read that number, I turned on my childhood hero. I couldn’t support Deshaun anymore, it was a fight that was not worth fighting and one that may be a losing one.

I know that some people still view Deshaun as innocent. After a judge didn’t pursue action against him, this belief has further grown. But let me ask you this. If a fry-cook at McDonald’s is accused of eating his customers’ orders over 20 times, do you think he still works at McDonald’s? He could have only done it once or twice, maybe he never did it, but do you think the McDonald’s manager is going to let him off easy? No. That worker will most likely be fired.

The alleged pain and trauma Deshaun inflicted on the women accusing him is unforgivable if true. However, that is not even the worst part. I mentioned how Deshaun Watson was suspended 6 games by the NFL. Afterwards, Watson and the NFLPA issued statements saying they were disappointed by the ruling yet understood the suspension and agreed they wouldn’t fight it. Yet you know who would fight it? The NFL themselves. The Deshaun Watson scandal has really brought to light how broken the NFL discipline system is. Here are some examples of players suspended less and more than Deshaun Watson.

Martavius Bryant – Smoking Majuana (a drug that is legal in most states) Suspension: Indefinent, was reinstated in 2019 however has not played since

Ray Rice – Knocking his girlfriend out ON CAMERA – Suspension – Originally only 2 GAMES. Was lengthened to a season once the video of him hitting said girlfriend was released. Keep in mind that if the video never came out, it would have only been 2 games.

Greg Hardy – Choking his girlfriend and slamming her into a wall – Suspension – 10 games initially, however it was reduced to 4 games.

Now that you have these in mind, consider this. Recently in Major League Baseball, a prominent pitcher named Trevor Bauer was accused of violence against the same woman on 2 separate occasions. Now the details around this case are admittedly murky, but the MLB didn’t take chances. They suspended Bauer for 324 games, which is the longest suspension in MLB history (excluding steroid abusers). Do I agree with the length of the suspension? Not necessarily. Did the MLB do the right thing in suspending Bauer? Obviously yes. Trevor Bauer was an example for other players- if you are even accused of domestic violence, you will be suspended.

As more details continue to emerge and as both sides continue to wage wars in civil court, I sit here honestly crushed by the way Deshaun’s professional career has gone. It pains me how somebody who did so much good on and off the field could possibly be capable of committing the acts he’s been accused of. However I can’t continue to let myself be blinded by nostalgia. Over the last couple months, I have come to see Deshaun Watson as a monster. He should be stripped of his place in both the NFL and society.