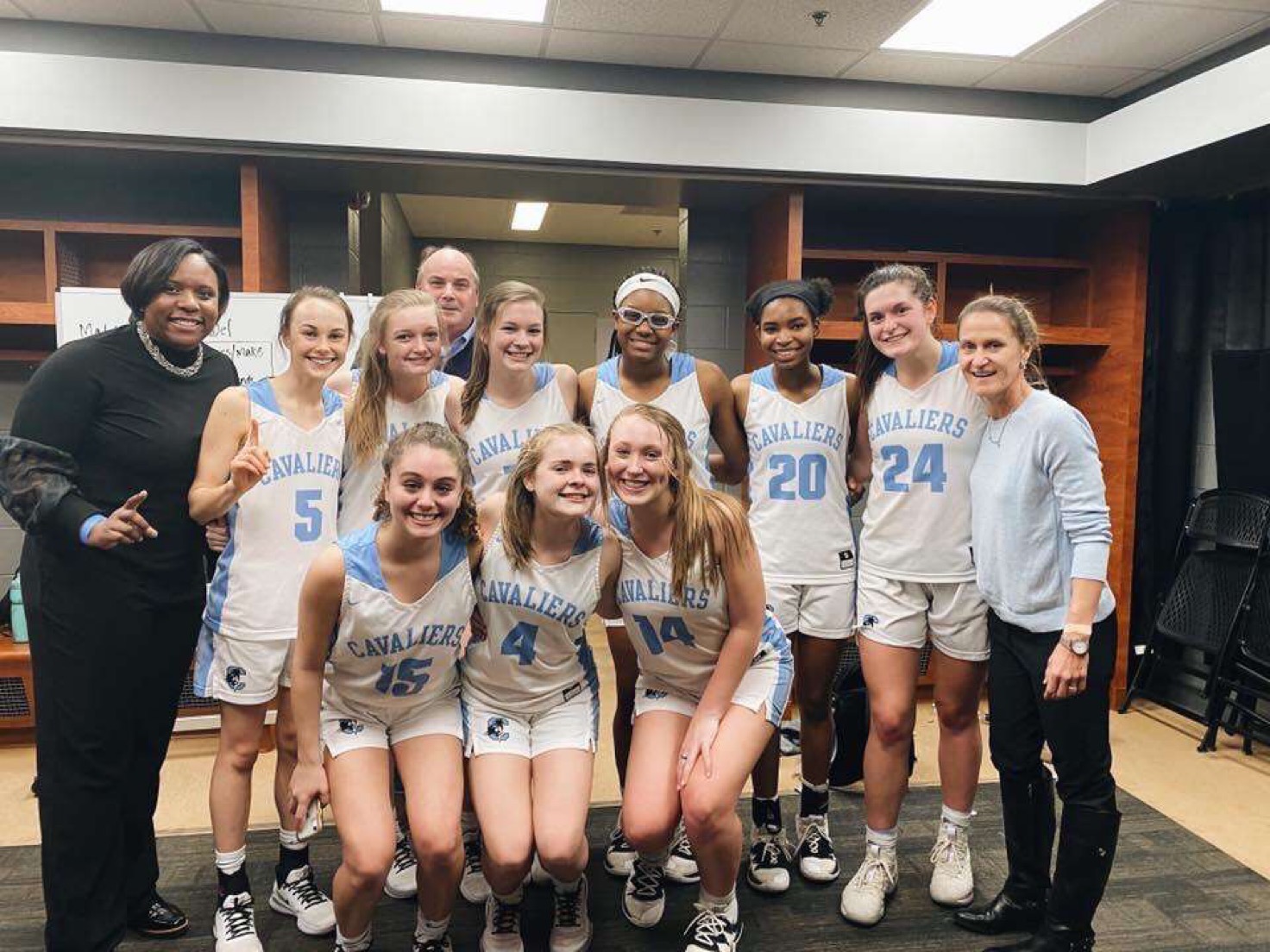 CCES’s winter sports teams experienced another season of excellence in 2020 as Cavalier athletes continued to model skill and perseverance in competition.

Freshman Ansley Epley, reflects on her successful season commenting, “Our team was very connected. We focused on our mental thinking and hard work. We valued those things which is what helped us get to the state championship game in Columbia.”

With a growing number of students interesting in the wrestling program this year, returning Cavalier wrestler, Alex Eastland, was very happy with the way the season ended saying, “This was a historic season for us. We had 7 state qualifiers, breaking the previous record of 3 in a season. We have not had a state placer since 2014, and we fortunately had 3 placers this year. We won our first region championship as well.” The Cavalier wrestling team also saw a huge turnout to the home duel against Saint Joe’s.

Sophomore London Sales felt really connected with the team and was happy with the school’s support. Sales comments, “This was our best season ever, we broke the school record of wins by going 24-2 and sadly lost to a team that  we were supposed to play in the championship but it did not pan out that way. Everyone on the team improved and we will be back and better next year.”