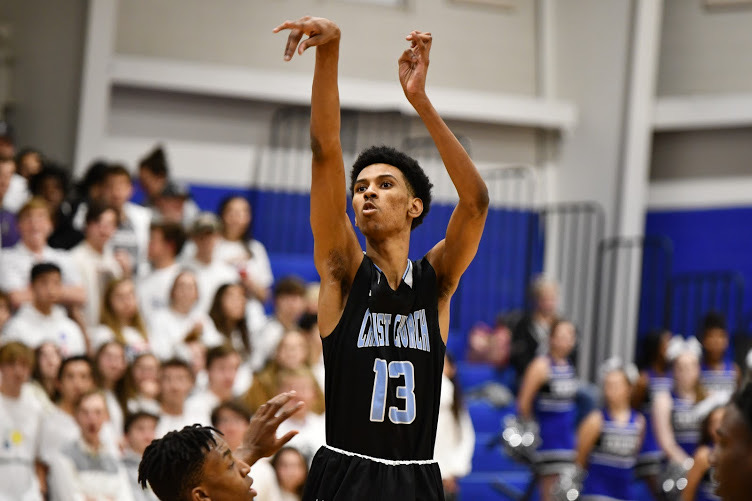 With two back-to-back varsity wins by the Cavaliers, CCES swept the floor against the St. Joe’s Knights, with the girls taking an astonishing 23 point lead and the boys barely pulling through with a lead of four. An overwhelming amount of support came from not only students but faculty as well. The pressure created a nerve-racking four quarters. Starting off the night with the Lady Cavs, sophomore Sara Caroline Iskander says, “I was super proud of how our whole team stuck together and didn’t let anything stop us from playing our game, such as bad calls or anger from the other players.” BJ Atkins, one of two freshmen on the team, describes the feeling of the boys’ game as “very fun and interesting experiencing the hostile environment.” One easily recognizable player, John Butler, standing at seven feet, describes the game as “one of the most exciting he’s ever played,” saying “the energy in the gym was crazy,” and he loves the support from the Christ Church community during the rivalry games. The Cavaliers face-off against the Knights next Homegoing Night on January 24th at Christ Church.