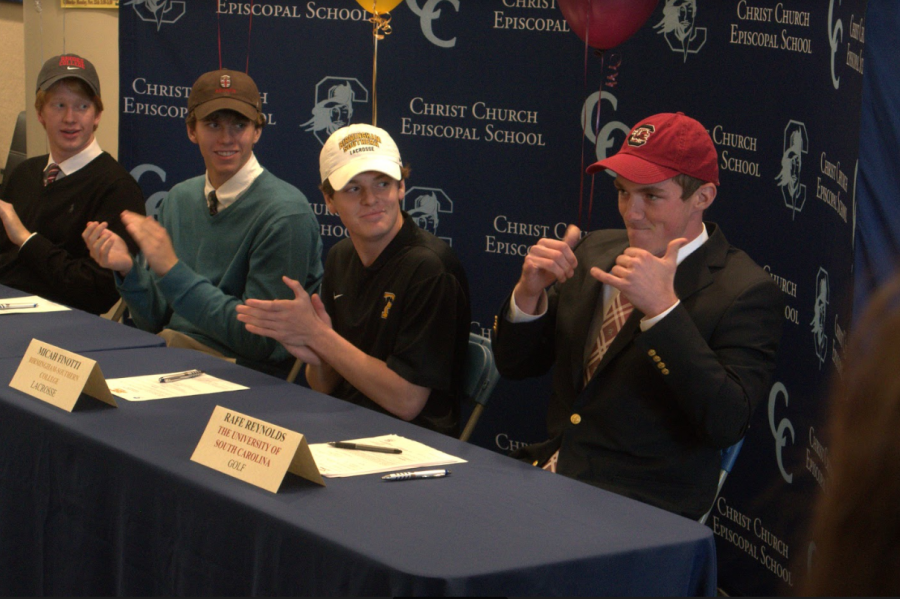 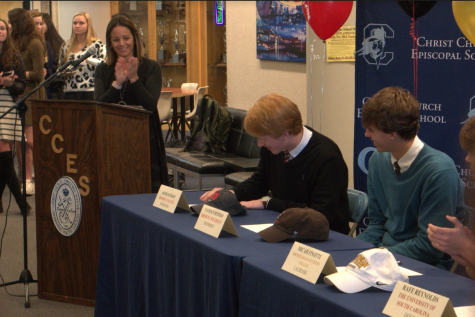 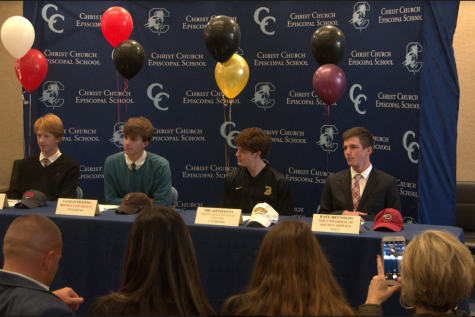 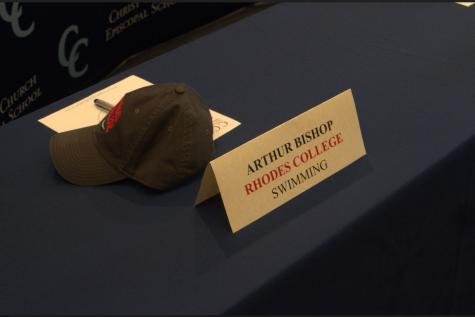 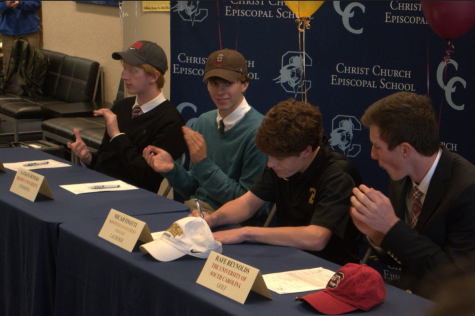 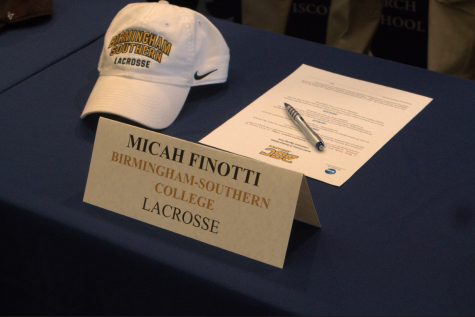 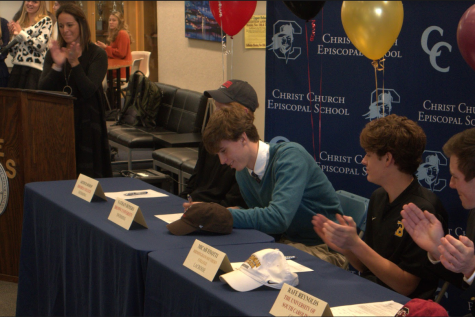 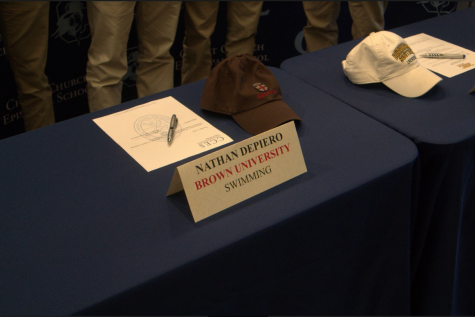 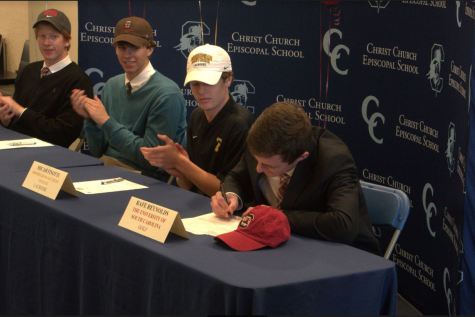 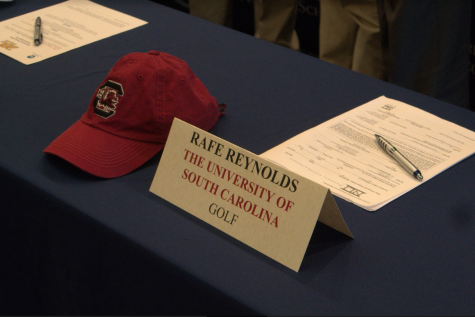 Four senior boys made their final decision on Wednesday to continue their athletic career at the collegiate level. These futures are in Divisions I and III, during the spring and fall, and on land and in water. These athletes are a great representation of the ability and bright future of the class of 2020. Mrs. Miller, our athletic director, introduced each athlete, giving quotes from teachers and coaches on the character and pedigree of their time here at CCES inside the classroom and on the field.

Arthur Bishop is a swimmer for Christ Church and will be continuing his career at Rhodes College. Arthur achieved multiple individual state titles. With the help and guidance of Coach Jacobssen, Arthur inspired the entire team to push further for longer. Arthur is ending up in Memphis, Tennessee and will compete in the Southern Athletic Association in Division III.

Nathan Depiero is also a swimmer for Christ Church and is signing to Brown University. Nathan was also a major leader on the swim squad. Nathan will be in Providence, Rhode Island and will be competing in the Ivy league in Division I.

Nathan and Arthur have both broken individual, school, and state records, competing for a team state title each of their four years. Both swimmers would credit their great coaches and understanding teachers, and the early morning swims that no one really enjoys, but were thankful for the strength and speed they gained.

Micah Finotti is a Senior Attackman for the Christ Church Varsity Lacrosse team. He will continue to play lacrosse next year at Birmingham Southern College. Micah is a hard-worker who represents the lacrosse team well. Micah will be going to Birmingham Alabama and promised to go to the Daytona 500 the first semester he is there. Micah will be competing alongside Arthur in the SAA in Division III.

Rafe Reynolds is the next Phil Mickelson and is committing to play golf at the University of South Carolina. South Carolina has recruited some of the best golf players from around the state to be on a “dream team” for the future of USC Golf. Rafe is a part of that. They will compete in the SEC in Division I. As our main editor, we are glad to see Rafe go on next year in Columbia and wish him and the other three commits the best of luck.