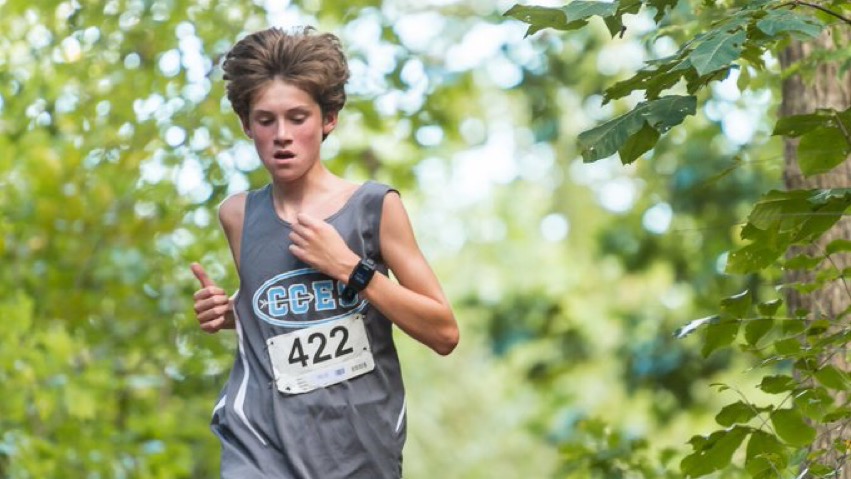 The Pre-Game: How the CCES Cross Country Team Prepares For A Race

The moment before the starting gun goes off, there’s a mental storm that goes through the mind of a cross country runner. Hundreds of miles of sweat and preparation go into under mere minutes of physical results. In addition to the countless hours of physical preparation that go into a race is the mental pre-game. While an onlooker might just see a bunch of people running up and down hills, the traditions, superstitions, and visualization strategies that take place behind the curtain of a cross country meet are what fuels the CCES cross country team to its success this year.

The majority of athletes involve music into their pre-game ritual in some way and cross country runners are no different. For an away meet, the bus ride to the course serves as an important step in the pre-race routine– especially when it comes to the soundtrack. Sophomore Anna Pearce Hinsdale, the curator of a 75 song, cross country specific playlist, put the Spotify tracks together as a way to include individuals’ go-to race songs, as well as group favorites. “A lot of people have their own songs that they’ll sing in their head during the race, to keep them focused,” Hinsdale explains, “so the playlist has those, as well as team anthems that we’ll all listen to as tradition.” Chance The Rapper’s “Let’s Go On The Run,” is, unsurprisingly, one of these team anthems and playing it before a race is a principle tradition for the girls team. With an appropriate blend of High School Musical, Ariana Grande, and PnB Rock, the “XC BUS RIDE” playlist unites, motivates, and focuses these athletes in their pre-race anticipation.

The infamous Golden Shoe made its first appearance on the boys cross country team last season. Though it may appear to merely be a spray painted running shoe tied to a gold chain, the Golden Shoe is so much more. “It was started by last year’s captains to symbolize somebody’s efforts,” boys XC spokesperson Tripp Teague explains, “It is given each week to someone who has done well, and is then attached to our tent at the meet. It’s somewhat of a good luck charm for us.” Whether or not the Cavs’ success can be attributed to the Golden Shoe is up for debate, but the results speak for themselves, as CCES took 6th at A/AA State Qualifiers and will send 7 runners from the boys team to compete at State. 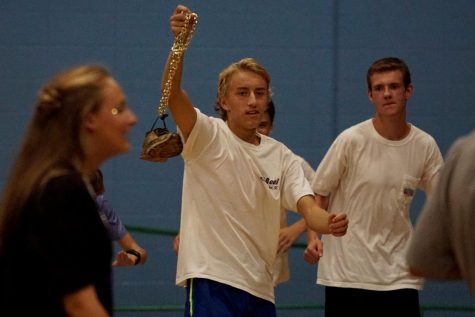 As the minutes count down before the starting gun goes off, the cross country team partake their final pre-race tradition: a prayer. As the nerves and anticipation begin to build up in the runners, Coach Woodward will lead the team in prayer, followed by the Lord’s Prayer. “The pre-race prayer is really important to us, as it really exemplifies our identity,” says Teague, “While every other team is yelling, screaming, and chanting, we are calmly circling up in prayer. It calms us down and exhibits our Episcopal identity.”