Springing into the Sports Season 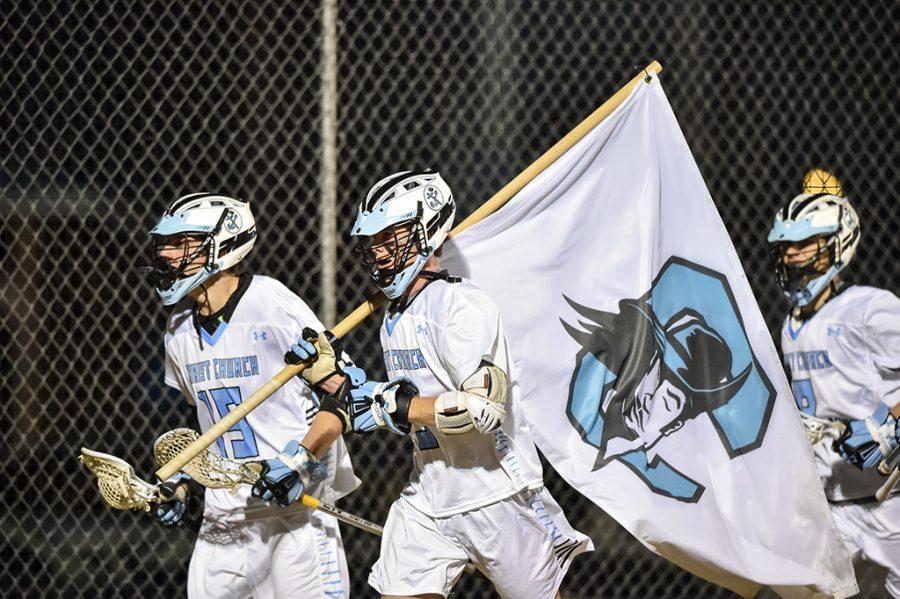 Last year, a region championship, a state championship, two state championship appearances, and strong individual performances by each team paved the way for one of the most exciting spring sports seasons at Christ Church in recent history. Baseball, soccer, tennis, track and field, lacrosse, and golf all will begin their seasons in the upcoming weeks.

Each CCES team is expected to be competitive moving into 2A this year, with the exception of the lacrosse teams which compete in 4A. The baseball team is ranked tenth in a 2A preseason poll by the South Carolina Baseball Coaches Association and is led by a strong core of seniors who are the backbone of a deep pitching staff. The Cavs have already scrimmaged multiple non-conference teams and look forward to the start of the season after spring break.

Both the boys and girls soccer teams have seen their share of success in the last decade. The boys have already begun participating in indoor tournaments. They open the season February 17 against Easley and look to start the season off strong. Led by tenured head coach David Wilcox, the soccer team has an experienced coaching staff and a strong core of upperclassmen who hope to propel them to the top of the region standings. “We do a lot of fitness and team exercises that promote team unity,” said junior Will Bethel. “[The coaches] do a good job of helping to build team chemistry,” he added.

Girls soccer is expected to be one of the most competitive teams in the region as well. After finishing last season 17-10 overall and 8-2 in the region, the girls hope to play much better late in the season.  They have lost in consecutive seasons in the state championship game.

With a new coaching staff for this year, the Cavalier boys lacrosse team looks to advance further in the playoffs and make a run at state. South Carolina boys lacrosse will feature two different state championship games this season for the first time.  The Christ Church boys will compete at the 4A level. They have already participated in a preseason-tournament where they went 4-0.  The boys begin their season tonight at home against Woodmont.

The girls lacrosse team also had a successful season, finishing 12-3 last year. Led by head coach Molly Miller, the girls hope to gain leadership from their senior class after graduating some key players from last season. The Lady Cavs look to advance deeper into the playoffs this year.

Boys tennis has also been arguably the most successful team in Christ Church history as the boys pursue their 25th state championship. “Our goal is to win state because we’re going for our 25th state championship. We have a good team this year so we should be good,” said junior Jackson Houser. The varsity head coach retired after last season and is replaced by Rocky Thomason.

The girls track team is coming off a state championship victory last year. The girls placed first in a meet at Southside Christian on February 16 with a total score of 165 points. The Cavs dominated the opposition, scoring higher than Southside Christian, who scored 99 points, and St. Joes, who scored 44. Despite losing a large number of seniors, the girls team did much better as a team than they did last year.
The boys track team didn’t do as well, however. Although placing 4th out of 6 in the meet, they still had a number of athletes place highly. Ellis Millwood and Seth Snyder placed in the top ten in the boys 100m final and the boys 800m final respectively. The boys hope to perform better as they prepare for upcoming meets during the first few weeks of March. Hopefully, each team can play to their full potential and correct the mistakes they made last season.