Former Cavalier Gets Called Up to the MLB 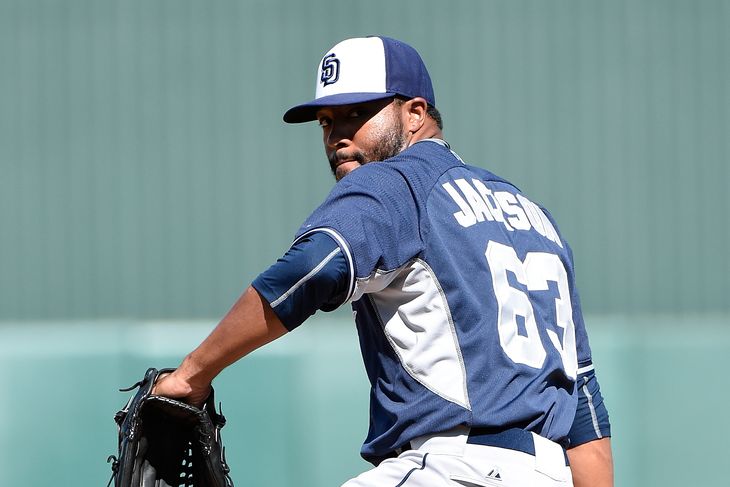 Bottom of the ninth with two outs and the bases loaded, you step up to the plate – down by three in game 7 of the World Series. After taking the first two strikes, you get the perfect pitch and pull it for a home run to deep left center. Kids have this dream to play in the MLB ever since they began to play baseball. For CCES alumnus Jay Jackson, that dream came true as he was called up to the San Diego Padres on September 14.

Jackson, who played baseball for Christ Church from 2002 through 2005, broke the record for most innings pitched in a single game with 10. During his time at CCES, Jackson worked mainly as a starting pitcher but occasionally was used as a reliever when needed.

After graduating, Jackson moved on to Furman University where he pitched for 3 seasons. While there, he posted a 3.17 ERA with an 8.52 strikeouts per 9 innings during his final season with the team. When he became eligible for the draft during his junior year, Jackson was scouted by the Cubs who would eventually draft him in the 9th round (281st overall) of the 2008 draft.

Jackson bounced around at the beginning of his professional career to different organizations such as the Marlins, the Brewers, the Pirates, and finally the Padres. After signing a deal with San Diego in late January, Jackson got assigned to their Triple-A affiliate the El Paso Chihuahuas. Jackson won Pitcher of the Week in the Florida State League in 2009 and made the All-Star team in 2009 and 2013 while playing in the Southern League.

On September 14, Jackson got called up to the major leagues during the September call-ups to gain experience pitching at a higher level. His call-up comes especially because San Diego is out of playoff contention.

Although Jackson’s debut didn’t go as well as planned – he gave up 2 earned runs in 0.2 innings pitched on the 14th against Arizona – he has definitely gotten opportunities to showcase his talent. Jackson also pitched at Colorado on the 18th and the 19th, pitching a total of 1 inning and giving up just 1 run. Overall, Jackson is getting acclimated to the higher level of competition in the Major Leagues. San Diego scouts and front office members probably aren’t too worried about his 16.20 ERA, his .600 BAA, or even his 4.20 WHIP because 1.2 innings pitched is just too small of a sample size to judge a player with his potential.