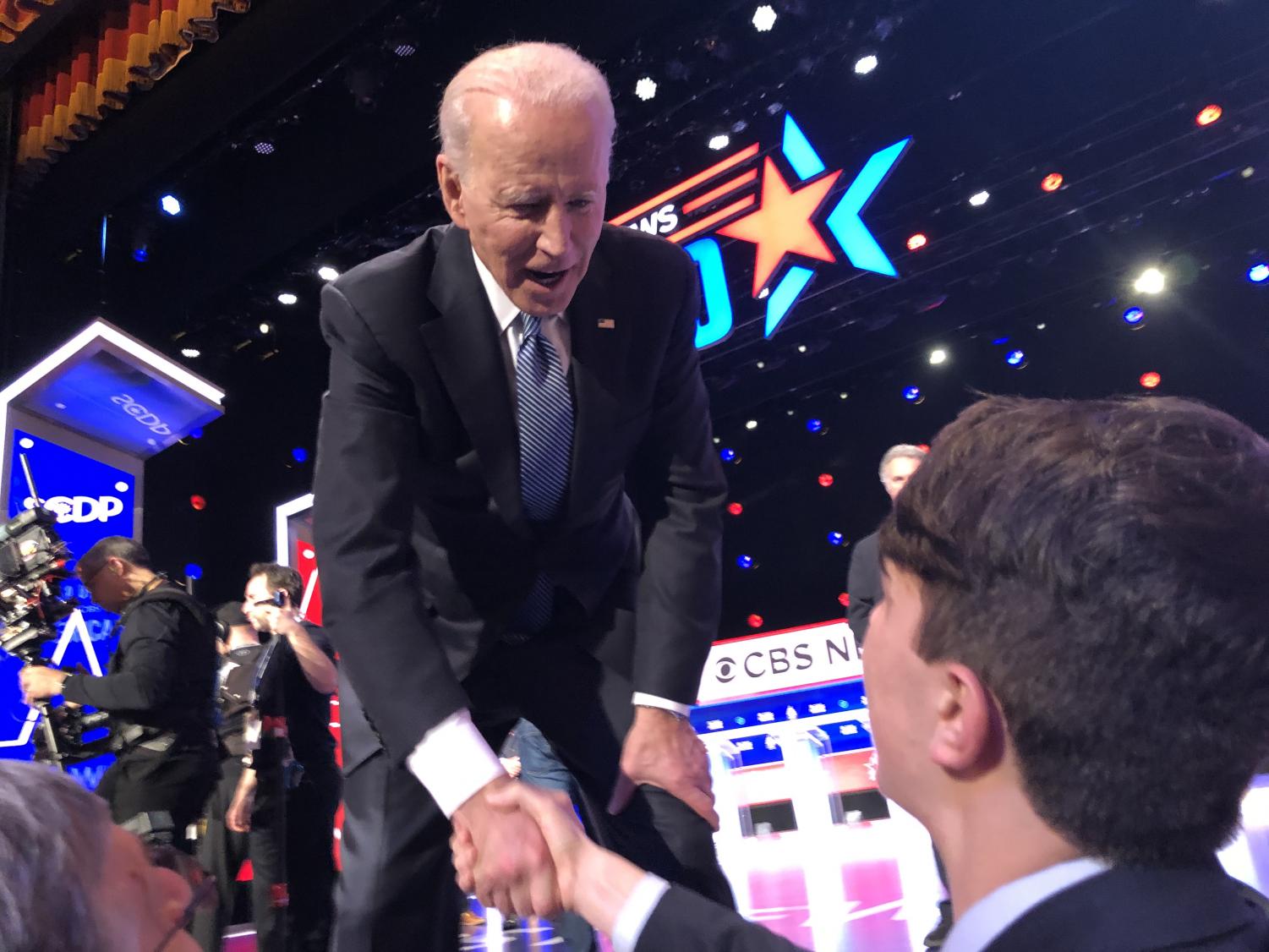 Just days before the South Carolina primary and Super Tuesday looming ahead, the Democratic candidates gather on the Galliard stage in Charleston, South Carolina. Opening with a beautiful rendition of the national anthem by the Mother Emmanuel Baptist Church Gospel Choir, the evening commenced. Opening with words from several big-name democrats, the evening was said to be “one for the history books” as Democrats believe this election is one of the most important in decades. With former Vice President Joe Biden and Senator Bernie Sanders contending for South Carolina’s vote, all eyes were on them to see who would win the nomination. The debate started with questions pertaining to the African-American vote, such as affordable housing and healthcare. The tension in the theater was quickly established with insults and arguments between the candidates throughout. This  spirit of contention was only heightened by the moderators who struggled to keep candidates’ responses within the time limits.

Skipping to the second half of the debate, little was heard from Senator Amy Klobuchar, former Mayor Mike Bloomberg, or businessman Tom Steyer. With the focus shifting towards foreign policies and the economy, more and more personal shots were taken by the candidates with Steyer yelling across stage at Joe Biden over his controversial privatized prison deal. At one point, Sanders was asked to elaborate on his more radical views when it comes to his healthcare-for-all. To afford his plan, the cost would end up being triple the amount of the national economy. With Sanders looking to win the black vote, many in the crowd thought his explanation was less than adequate.  This being said, this only helps Biden who is the next likely candidate for the South Carolina vote.

Democrats predict that if Sanders takes the nomination due to his influence with young voters, his views would be so radical that he would not only lose the race, but the Democrats would ultimately lose the House.

With the conclusion of the debate, I rushed downstage to try to meet the candidate who has my support, former Vice President, Joe Biden. Pushing through the crowd I just casually brush past 1988 presidential candidate and civil rights activist, Reverend Jesse Jackson. Moving closer to the stage, I had a chance to meet the Democratic Chairman of South Carolina, Trav Robertson. When asked about the influence of the debate he says, “People are spending hundreds upon thousands of dollars to manage all of this, so it does so much good for the local economy.”

Moving my way up to the front, I shouted “Mr. Vice President!” with my hand extended. After a handshake and autograph, my dad thanked him saying, “This really made our night.” Mr. Biden smiled and responded, “Thank you, this really made my night.”