Dr. Se-Jin Lee and Emily Germain-Lee’s muscle-enhanced mice offer encouraging results for the future of astronauts pursuing lengthy space voyages, as reported by a US News article.
Astronauts serve as vessels of exploration, unveiling the unknown and uncovering discoveries that sculpt human knowledge  through space travel, allowing one to experience the unforgiving emptiness and fulfillment of the universe vicariously. Because astronauts are crucial figures in enhancing the understanding of space, it is pivotal that their conditions are ameliorated due to undesirable health impacts, which can hinder the quality and true capacity of space expedition. A primary concern bound to space travel is muscle atrophy, which refers to the weakening of the muscular system that corresponds with the loss of gravity.
According to an article published by NASA, on earth, the antigravity muscles – such as those of the quadriceps, calves, back, and neck – are constantly strained by the force of gravity, which is compromised by the weightless nature of space. Studies have proven that astronauts undergo drastic muscle deterioration upon even relatively short space flights, with travel lasting five to eleven days accounting for up to a 20 percent decrease in muscle mass, which can denote a perilous loss of strength that restricts an astronaut’s aptitude to carry out emergency procedures or perform tasks while abroad their ships. Astronauts training and employed at the International Space Station spend two and a half hours daily intensively exercising to counteract the implications of travel. While muscle mass can be reacquired once one returns to earth, long-duration missions are particularly demanding on the muscular system, and muscle preservation in space acts as a continuously relevant concern.
To test the effects of blocking a molecular signaling pathway on bone and muscle density maintenance, a potential solution to improving astronaut standards of travel, researchers conducted an experiment using mice as test subjects, allowing the minuscule rodents to symbolize life itself. Eight genetically modified mice, appropriately referred to as the “Mighty Mice”, had been engineered to have quadruple the muscle mass of a typical mouse by controlling the protein myostatin, which regulates and limits muscle growth. The Jackson Laboratory sent the Mighty Mice (along with a group of untreated mice that served as a control group) into space through the International Space Station in early December and returned the creatures to earth during the preceding month.
Several variations of the experiment allowed researchers to study the usefulness of the method in managing muscle density. Some mice were injected with the drug while in space, while others received such prior to returning to earth, with the Mighty Mice being injected prior to space travel. All mice that received the drug are much stronger than their untreated counterparts and have returned in good condition, managing to remain muscle bound in space. 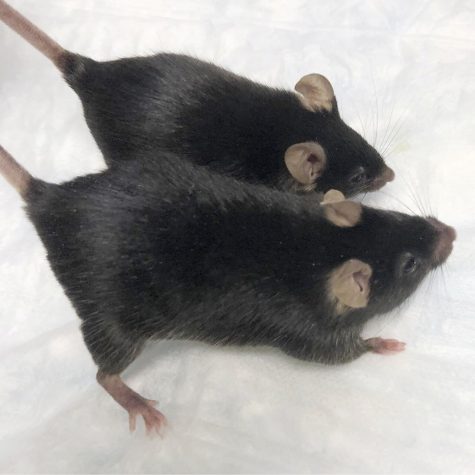 Aside from astronauts, the revelations of this experiment are also applicable to helping those with fragile bones or muscular diseases because they provide support for a drug that affects proteins myostatin and activin to simultaneously strengthen bone and muscle, as noted by reporters at Fierce Biotech. The results of this study could be revolutionary for the disabled or bedridden. While animal testing is arguably unethical, all mice involved in this experiment returned safely to earth and have currently not undergone any negative side effects. Additionally, it was necessary to exploit some form of life in order to achieve results that could immensely alter the lives of millions of individuals.
While more tests need to be performed before the drug can be utilized by man, the findings of this experiment are certainly promising for the future of those confined to wheelchairs and those exploring space alike.