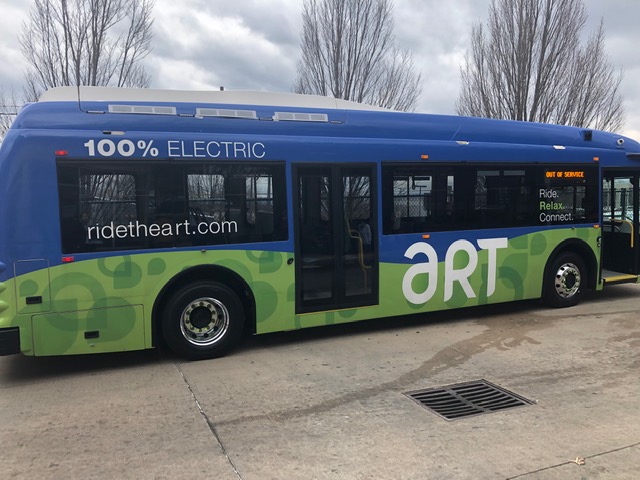 Electric buses are the bus of the future and major cities are starting to embrace transportation electrification.  Just five metro areas – Boston, San Francisco, San Jose, Seattle, and San Diego – accounted for more than 90% of the nation’s innovation sector growth from 2005 to 2017. And one similarity among all of these cities is that they have all purchased electric buses. And most of these cities have purchased their electric buses from Greenville-based manufacturer, Proterra.

Electric buses are also becoming popular because they provide cleaner transportation for disadvantaged communities, whose residents often rely on public transportation because they can’t afford a car, much less an electric car. These communities tend to be low-income areas and suffer from some of the worst air pollution, which has led to higher rates of upper respiratory disease among senior citizens and asthma among children. It is only right that residents of these communities get to enjoy the many benefits of electric transportation.

Closer to home, Greenville, SC recently bought electric buses from Proterra.  Greenville had wanted to buy electric buses ever since Protera opened a plant in Greenville in 2010, but it was never in the budget. These buses finally became affordable once Greenville received a federal grant intended for the buses. These grants have enabled cities across the country like Greenville to buy electric buses. Greenville bought 4 buses with the intention to buy many more in the future.  In fact, Mayor Knox White, a CCES alumnus, said: “It should therefore be our aspiration that we have an all-electric fleet that uses the technology developed right here.”

Heart disease, asthma, COPD, lung cancer, respiratory disease, and bronchitis are all exacerbated by and in certain instances, caused by air pollution. As we know, climate change is also being caused in large measure by diesel and gas emissions. By using the newest technological innovations, cities across the country are eliminating dirty transit buses and providing clean and efficient buses for their communities. Now, imagine if all cities across the world replaced their polluting buses with clean, electric buses. This action could save lives as well as the planet.