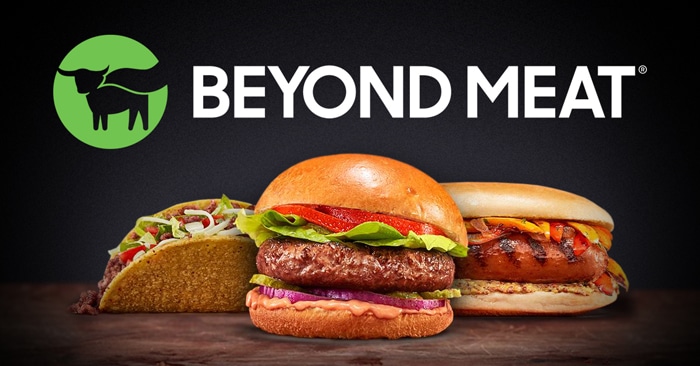 Beyond Meat vs Real Meat: Who Wins?

Beyond Meat is a company that creates meat-like products from plants. This company, among others, has taken the country by storm. Many people believe that these plant-based products are the future, but others are still skeptical. Here’s why:

Investors hopped on the Beyond Meat bandwagon as soon as the product came out. After the company’s first day on the stock exchange, its price was 77 USD, which was more than double Beyond Meat’s projected stock price. After Day One, the stock price kept going up. It’s price at one week was 77.92 USD and at one month it was 78.26 USD. This astonishingly high price has made investors very rich and it only added to Beyond Meat’s success outside of the stock market.

Restaurants and grocery stores all across the country now sell these alternative meat products. McDonalds, Burger King, Qdoba, and Dunkin’ Doughnuts are some popular restaurant chains that use these products. One of the most famous alternative meat products is the Impossible Whopper from Burger King. The burger looks and tastes extremely similar to a normal Whopper. I tried it this weekend and couldn’t tell a difference. The flavor and texture of each patty are almost identical. My opinion of the Whopper is the same as thousands of Americans who have eaten and enjoyed it.

The most obvious reason people eat these alternative meat products is that an animal wasn’t killed in the process of making their burger. Many reports have come out on how animals are treated horribly while at a slaughterhouse. Videos have highlighted some of these inhumane practices. Also, some Americans feel guilty about eating something that came from an animal, and others have already turned vegan or vegetarian. Thanks to these alternative meat products, people can experience the taste of real meat while not eating something that came from an animal.

Despite some people’s concerns with these products, the alternative meat industry is projected to become an 240 billion dollar industry by the end of 2019. This number and the stock price likely will rise in the future.