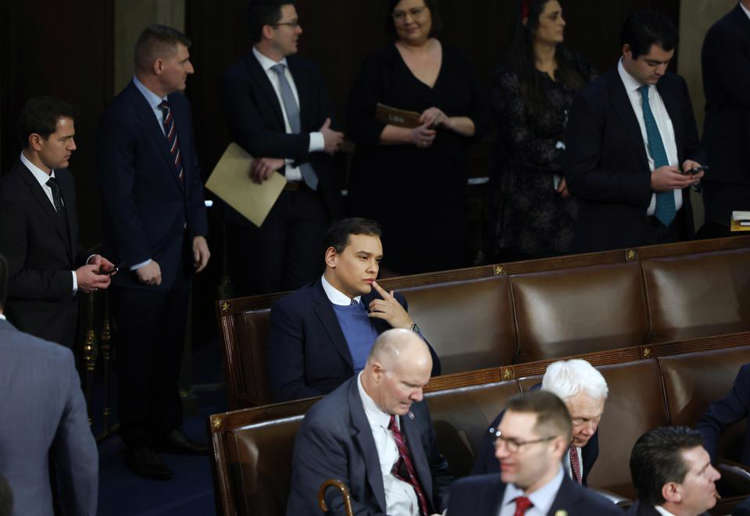 The midterm elections are always a whirl-wind time to be in American politics (who am I kidding, it’s ALWAYS a whirl-wind time to be in American politics). In one of the more disastrous midterm elections in decades, the Republican party had very few victories to salvage. They failed to gain ground in the Senate and gained only a fraction of the expected seats in the House Of Representatives. However, one bright spot for the Republicans was the election of George Santos in New York’s 3rd Congressional district. Santos was the rare Republican to win both a borough of New York City (Queens) and all of Long Island. In the Democrat’s backyard, the Republicans had taken something. Then, everything about Santos, from his reputation as a citizen and politician, went south fast. Who is George Santos? Answering that question is a little more challenging than it sounds.

The life of George Santos before being thrust into the political spotlight is a difficult one to piece together. Santos is a New York City native who has Brazilian roots. Before politics, he worked at a Dish Network call center for about two years, then he got involved in an embezzlement scandal in 2013. According to CBS, Santos, then 25 years old, posed as a single man needing money for a new home in America. In 2014, an “acquaintance” lent Santos several thousand dollars so Santos could move in with his “boyfriend.” A little awkward because in 2019, Santos, who ran his campaign as an “openly gay Republican”, divorced his wife.

In 2013, Santos began the charity Friends of Pets United with the goal of sheltering endangered pets in his community. A noble task. Yet with every good Santos achieves, a negative seems to follow. In 2018, Santos tried to save his charity by claiming it was tax-exempt. Turns out, after an investigation, the IRS, New York attorney general’s office, and the New Jersey attorney general’s office couldn’t find any documentation that Friends for Pets United was a non-profit organization. After his charity collapsed under the weight of the IRS, Santos entered his Wall Street era…sort of.

When Santos was running for office, he claimed he was a Wall Street big-shot. A veteran of the financial game. A former employee for Citigroup and Goldman Sachs. None of which is true. After claiming to manage 13 real estate properties, Santos conceded that he was not a landlord. Santos lied about going to Baruch College in New York City, which houses one of the most prestigious business schools in the country. Santos said in a 2022 interview that he personally stood up at a Goldman Sachs conference to denounce climate change and how renewable energy was “subsidizing” taxpayer money. It’s unimaginable to think of a representative for Goldman Sachs getting up at a conference to berate Goldman Sachs. This isn’t your local town hall meeting, this is one of the biggest financial companies in the world.

In 2022, Santos ran as an openly gay Republican, the first in American politics. He had supported Donald Trump in the past, so much so he was present at Trump’s speech at the Ellipse on January 6th. Once getting into politics, Santos seemed to have a bit of an identity crisis. He had been married in the past, but speaking to the New York Post he stated he was “OK with my sexuality. People change.” Good for Santos, he’s a proud gay Jewish man who is living the American dream. George Santos has said in the past his maternal grandparents were Ukrainian Jews who fled during World War II under the threat of Nazi persecution. However, an examination of his genealogical records indicate his family had lived in Brazil for at least three generations, long before WWII began. Santos had used the name Zabrovsky for his charity, which he says is his Ukrainian Jewish name. Santos paraded around his image as the “Latino Jew” for his campaign. So it had to be a shock when in a New York Post interview he said “I never claimed to be Jewish…I am Catholic. Because I learned my maternal family had a Jewish background I said I was ‘Jew-ish’.” Amid this scandal, tweets in which Santos touts having an African American father with Angolan roots surfaced. Predictably, this isn’t true. Ok, now follow along. According to George Santos, he is: maybe Jewish, maybe gay, Latino but also maybe Ukrainian (?), Catholic, maybe African American, former Goldman Sachs critic/employee, Wall Street wiz, and now U.S lawmaker. To the rest of us, George Santos is nothing but a liar.

So the “deal” with George Santos is that he is a con-man and a pathological liar. He is a psychological mess. Everything about George Santos is weird, convoluted, and skewed. A man built on lies will eventually be slayed by truth. The truth is George Santos is a fraud. His lies have added up to the point where we should question his ability to serve the people of New York’s 3rd Congressional district.