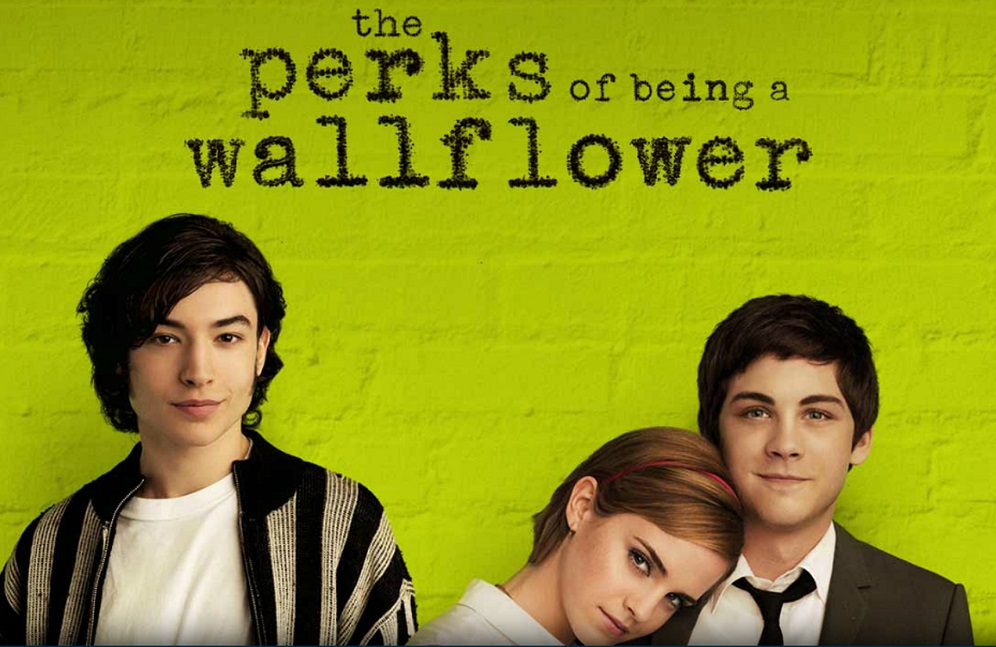 The Power of Media

After reading The Perks of Being a Wallflower for my third time in English, I got the unique opportunity to reevaluate my favorite book of all time. In a recent class discussion, we discussed a particular scene that grabbed my attention.

“Then the movie started. It was in a foreign language and had subtitles, which was fun because I had never read a movie before. The movie itself was very interesting, but I didn’t think it was very good because I didn’t really feel different when it was over” (Chbosky 124).

In class, we discussed this topic and how true the main character, Charlie’s, statement is. What makes media good? How does it affect you? We explored this idea and examined the types of media that made us feel “different when it was over.” Before I leave CCES, I wanted to ask my teachers this: What media has made you feel different after, and why?

“I always loved reading growing up, but I would say my 10th grade Honors English teacher really sparked my passion for literature. We read two plays by Henrik Ibsen, An Enemy of the People and The Wild Duck, and I still remember our class discussions. My teacher Mr. Czemerda noticed my potential as a writer and really encouraged me to stick with that. During my first year as a teacher in 2005, I even chose to teach An Enemy of the People because I remembered how rich our class discussions were. Henrik Ibsen is still my favorite playwright and I recommend his works all the time as a librarian.”

“The song “Peace Train” by Cat Stevens – this was a song of my mom’s generation that I had heard before but the first time I heard it after 9/11 (I was in 6th grade) it all of a sudden meant something different to me. I didn’t really understand the concept of yearning for “peace” before then but this song became my anthem for nights when I felt troubled after watching the news, and I especially remember listening to it on the drive home from my very first protest march that I attended with my mom when I was 12 at the start of the Iraq War.”

“In an ENTIRELY different tone – the show Impractical Jokers (yes…) has changed my perspective on the world on a routine basis. This has become the show that my husband and I put on when we’ve had a really tough day and just need an escape. Through some really rough times (and yes even in the delivery room at the hospital) this show has managed to catapult me into fits of laughter and dry up lots of tears.”

I got the opportunity to discuss this question with Dr. Stone and here were his responses:

The movies he chose were Boys Don’t Cry and Field of Dreams. He explained that Boys Don’t Cry heightened his empathy for those who struggle with their gender identity. Field of Dreams is a movie that Dr. Stone has seen hundreds of times and knows exactly what’s going to happen, but It still makes him a wreak. It’s a movie that deepens his empathy.

The album he chose was The Nashville Squad by Jason Isbell and the 400 Unit because it speaks to him on a deeper level.

And lastly, we discussed the book that changed the way he thought, Let the Great World Spin by Colum McCann. It’s a book we read together in class. Dr. Stone felt a connection to Corrigan’s story and felt that Gloria’s story called everyone who read it to be better.

“I have a lot of favorites but few that made me reflect on the world in a different way. A book that I found particularly thought-provoking was David Mitchell’s Cloud Atlas. Not only was it written in such an inventive manner but it was exceedingly creative in its expression of the interconnectedness of society throughout time. I loved to think about how society can change so much and yet remain so similar. Book – 10/10….my excitement for Tom Hanks starring in the film version 10/10….the film…2/10 – they butchered it.”

“The first book that came to mind was “The Adventures of Huckleberry Finn” by Mark Twain.  Yes, Huckleberry Finn!  Why, you may ask. I read the book for the first time in fifth grade which was in the year 1971.  I was initially affected by the sense of adventure and that there is a world out there beyond my home, school, and neighborhood.  I grew up in St. Louis which is on the Mississippi River.  And, as much of the book occurs as Huck and Jim travel down the Mississippi on their raft, the story instilled in me a sense of adventure and want to travel.  It also educated me on the geography and wonder of the Mississippi which was basically in my backyard.  I cannot count how many times I have read the book, including after more of the racial concerns about the language in the book surfaced.  Subsequent reads brought me to realize that Twain expanded my social awareness beyond suburban America.  It was an education in the nature of the slave culture, while at the same time looking at the possibility of white and black people living together peacefully and as equals.  When Huck and Jim are on the river, there are very few social norms.  The river seems to be a utopian world for them, though they do encounter Odessey-like challenges along the way. When they are on land, Huck is superior to Jim the slave, though Jim is portrayed as wise, brave, and generous.  It also brought to my attention that not all children grow up in families with two parents who are loving and supportive of their children.  Huck did not have a mother in the story and his father was a drunk and abusive parent who only showed up when he needed more money for liquor.  In the 1960s and 1970s people did not talk about such situations, much less back in the 1880s when the book was written.  The book has been banned off and on since it was written in 1885. Most recently it was again banned in 2017. Much of the banning was for the fact that many people did not like the way society was portrayed by Twain.  And, as is often the case, most people don’t understand the satirical nature of the story.”

“I could easily go on and write an essay on the social implications of the book, arguing its frequent and ongoing banning as well as its merits as an American classic that was often used in the high school classroom. All I will say in conclusion is that it played an important role in developing a sense of exploration and of inclusion as I matured.  After writing this I hope to go back this summer and reread it again to see what else it might conger up in me.”

“I was hellbent on never becoming a teacher.  My mom was a teacher, and, after observing the long hours and less than desirable pay, I decided that I wanted no part of it.  However, as cheesy as it sounds, I saw Dead Poet’s Society as a young teen, and it romanticized teaching and made it seem cool, at least in independent school settings. Shortly after, I was blessed to have a couple of teachers in high school that seemed to embody Robin William’s character in real life, and they made learning fun.  So, I would say that movie was one of the motivating factors to put me on the career path that I still follow to this day.”

I wanted to write this piece because my answer to the same question I asked my teachers is The Perks of Being a Wallflower. I have never related to a character more than Charlie and I viewed my experiences differently after reading Charlie’s. I would recommend this book to anyone. It deals with issues such as coming of age, loss of innocence, change, gender roles, and countless other themes. It may not make you feel differently after reading, but it will be an enjoyable read. And that makes it good, at least in my opinion.