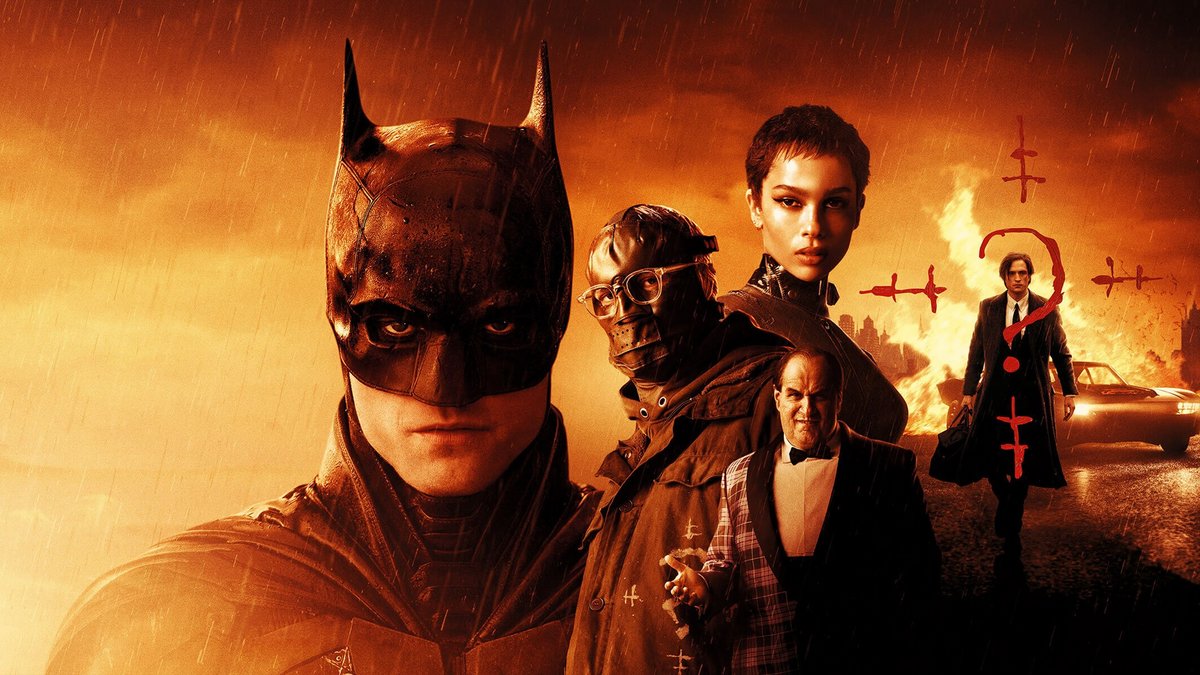 The Batman – A Firm Rejection of the Comic Book Stigma

In the last decade, comic book movies have begun to take on a stigma. The stereotypical Marvel movie is always just a little over two hours long, filled with bright colors and throwaway quips, and is tied in with numerous other films with the aim of making a larger connected universe. This isn’t to degrade the Marvel formula; clearly, it’s found its audience and has gotten into a comfortable stride. Marvel works for a lot of people, that much can’t be denied. However, the grander the Marvel universe becomes, the harder it is for many people to get into.

The MCU is currently in the middle of “phase four,” including 27 films and five Disney+ original shows, all of which are connected to each other. The ambition is undeniably impressive, but it’s gotten to the point where it’s alienating for many. Fans have found themselves craving for more standalone comic book movies, and that void is exactly what The Batman aims to fill.

This is the first traditional adaptation of Batman that film audiences have seen since The Dark Knight Rises in 2012. Ben Affleck took on a different interpretation of the character through Zack Snyder’s DC films, and while his performance was never the subject of much criticism, many fans were unhappy with the choices made involving the character, specifically in Batman v. Superman: Dawn of Justice. The Batman still brings new ideas to the table, but they feel much more in line with what audiences have come to expect.

Pattinson’s performance as Batman has been universally praised and for good reason. He’s constantly serious but also isn’t afraid of some light moments of levity. His voice isn’t comedically growly like Bale’s but has just the right amount of power behind it to still sound threatening. In my opinion, this is the most well-rounded performance the character has ever seen (at least in live-action).

The Batman is primarily focused on taking the Batman universe and grounding it in relative reality. This is mainly done through characters, with the most obvious example being the Riddler. He was notable for being campy and over the top in previous adaptations but now uses modern technology to cause mayhem in a form not unrealistic for a modern cyberterrorist. This philosophy spreads throughout the entire cast and makes the story and world even more memorable.

In addition to being a complete rejection of the modern comic book scene, it’s more important to note that The Batman is an incredibly solid story in its own right that can easily be enjoyed regardless of how familiar you are with the pre-established character and mythos. It leans further towards being a detective film than an action one, and as a result, sets itself apart in a very memorable way. The film is beautifully directed and shot with a distinct personality that makes it stand out even further.

The Batman works so well because it’s focused more on crafting an interesting story than wowing the audience with cheap thrills and visual effects. Filled with gripping suspense, compelling characters, gorgeous visuals, and memorable grandeur that won’t be forgotten anytime soon.