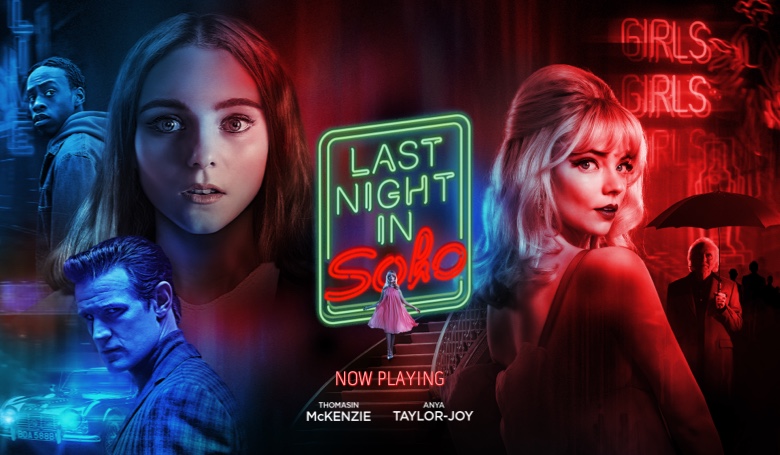 Last Night in Soho: The Most Underrated Movie of the Year

I feel fairly confident in saying that if you’re reading this, you have not seen Last Night in Soho. And I can’t blame you. I have been anticipating this movie for years and even I wasn’t aware that it was out until about two weeks after it was released. I never saw a single trailer or promotional image. The box office income has been extraordinarily low and it’s incredibly easy to see why. Yet, it’s without a doubt my favorite movie of the year, and nothing else even came close. I’ve seen it three times at this point and every time I see it I appreciate it even more than before.

The story of Last Night in Soho is not one that is traditional by any stretch of the imagination. I’d go as far as to say that it’s one of the more unique stories I’ve ever seen. I went into it knowing nothing and I’m so glad that I did, because it ends up in an incredibly unexpected place. Because of this, I’m hesitant to say anything at all about it. You just have to trust me that this is a story that is worth telling. It’ll keep you engaged, make you attached, and leave you with an unforgettable experience.

The characters here are nothing short of incredible. The primary cast is extremely small with only a few side characters, but the characters that are important here are some of the most compelling I’ve seen in a long time. Every single main player in the story is really interesting and well written, and serve the story in important ways, even if they don’t directly alter the course of the plot. This is supported by an astounding cast, every single actor does a fantastic job making their character come to life.

The screenplay is incredible, but the technical aspects of Last Night in Soho are just as important to making it shine. This movie was directed by Edgar Wright, whose standout style made films like Scott Pilgrim vs. the World or Baby Driver such instant classics. This film is no different, with precise and rhythmic editing, some of the most impressive camerawork I’ve ever seen, and an extraordinarily impressive use of the soundtrack that goes far beyond matching the feeling of a scene.

As frustrating as it is, it’s difficult to blame audiences for not being interested in Last Night in Soho. Still, that doesn’t stop it from being one of the best movies I’ve had the joy of seeing in theaters in years. If you’re willing to give it a chance, you’ll find a powerful experience that will stick with you.