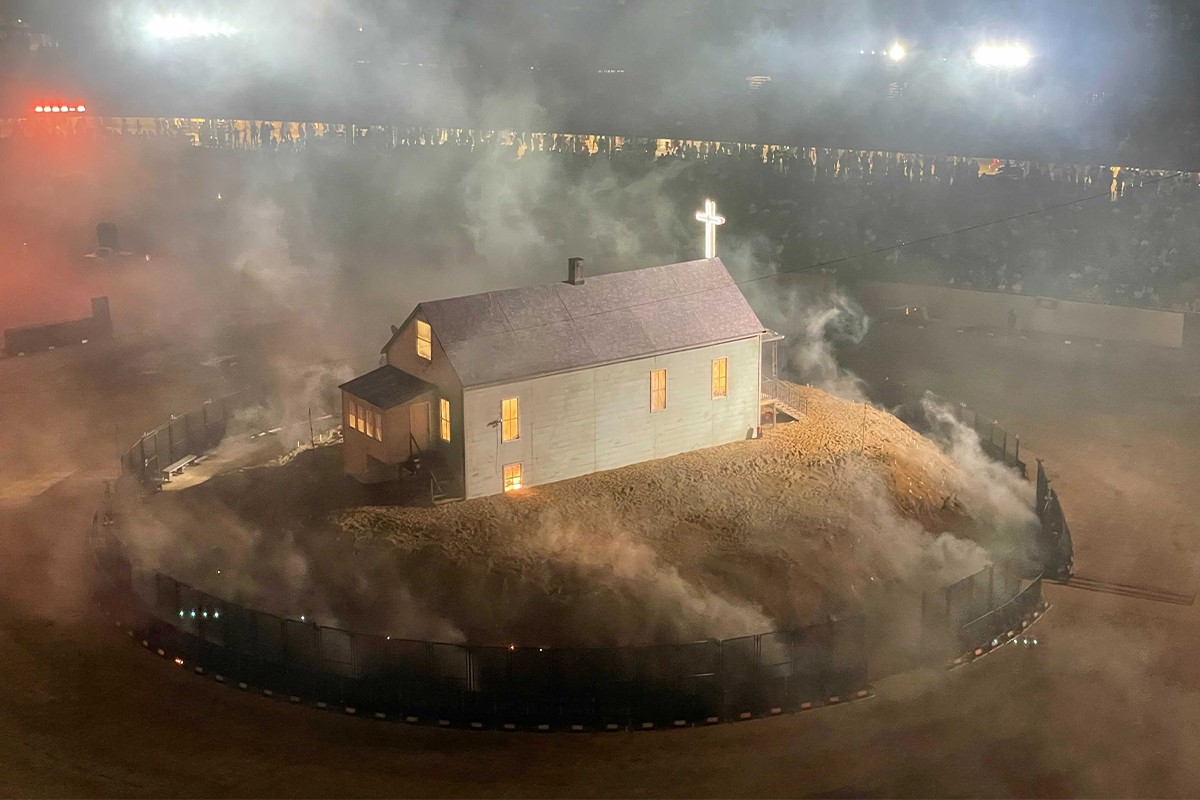 After an unprecedented album rollout, a year-long saga featuring 3 album covers, 3 unfulfilled “album release parties”, a well-publicized divorce, and an unsuccessful presidential bid, Kanye West’s Donda is here. Named for his late mother, Donda comes at a pivotal time in West’s career. Though no stranger to controversy, Kanye’s past year has put him in a completely different stratosphere in regards to Hollywood drama, most notably rooted in the aforementioned presidential bid. The rollout for Donda continued this pattern of scandal, with the inclusions of rapper DaBaby, who came under fire for homophobic comments at this year’s Rolling Loud festival, and rock artist Marilyn Manson, the subject of over a dozen sexual assault allegations, drawing media backlash. Despite it all, West’s 10th LP made its way to streaming services on August 29th, just a little over a year after its initially-announced July 2020 release date.

While Donda has continued the pattern of controversy-laden Kanye album rollouts, one glance at the track length sets the album apart from West’s most recent works. With 27 tracks, clocking in at 1 hour 48 minutes, Donda is his first album since 2016’s “The Life of Pablo” to run for over 30 minutes.

It is in this aspect that Donda is unapologetically maximalist. Like “The Life of Pablo,” the album runs on chaos, with wild pacing between tracks. At times, this chaos has its undeniable charms, most strongly exemplified by the aggressive beat switch on “Off The Grid.” The sheer amount of raw ideas presented throughout Donda is notable. There’s gospel, there’s drill rap, there’s a Lauryn Hill sample, there’s everything. And, by this metric, Donda is one of Kanye’s most maximalist works.

Sonically, on the other hand, Kanye nears his most minimalistic. Dull, restrained drums adorn a majority of the tracks, such as the dance drums coming in over the aforementioned Lauryn Hill sample on “Believe What I Say.” A variety of influences seep through, but the production throughout is dark and atmospheric. There’s times where this darkness becomes bland, such as the bass-heavy track “God Breathed,” a 5 minute track that overstays its welcome, but the vibe also gives itself to some really great moments, namely the darker choir featured in the track “Heaven and Hell.”

Ye’s gospel influence brings out perhaps some of his strongest vocal performances of his career on tracks like “Lord I Need You.” “Off The Grid” and “Jesus Lord” feature some of the best raw rapping Kanye has done in nearly a decade, a pleasant return to form from the weaker rap performances on his previous project, Jesus Is King.

At 27 tracks, some filler is inevitable, and it very much does appear on Donda. There’s a few hooks that fall short, most obviously “Jonah” and “Remote Control,” though the latter benefits heavily from a strong Young Thug verse, which serves as one of many great features sprinkled throughout the album. Fivio Foreign brings a career verse on “Off The Grid,” The Weeknd contributes an angelic hook to “Hurricane,” Jay Electronica gives the album some of its strongest lyricism on his “Jesus Lord” verse, and Don Tolliver and Kid Cudi both provide great vocal performances on “Moon.” The forced Pop Smoke interlude “Tell The Vision” is the only feature that really stands out as weak, as the entire song feels misplaced and awkward in the grand scheme of Donda.

As a listening experience, the album is a little all over the place. There’s some unbelievable highs, and some very average lows. But that is the beauty of Kanye West. There’s an adage about how all art is a mirror of the artist’s mind and the truest reflection of their true selves, and there is no artist to which this applies stronger than Kanye. Donda truly gives the listener the best look into the mind of West possible. That look is somewhat bloated, unbelievably chaotic, and, at times, lacking a perceivable direction. But this chaos ultimately has its charms, and the general result is a lightning-in-a-bottle success, brought on by stunning production, solid features, and some of Kanye’s most vulnerable lyricism yet. Yes, it’s a mess, but it’s a beautiful one.

Favorite Tracks: Off The Grid, Jesus Lord, Lord I Need You, Hurricane, Moon, Heaven And Hell