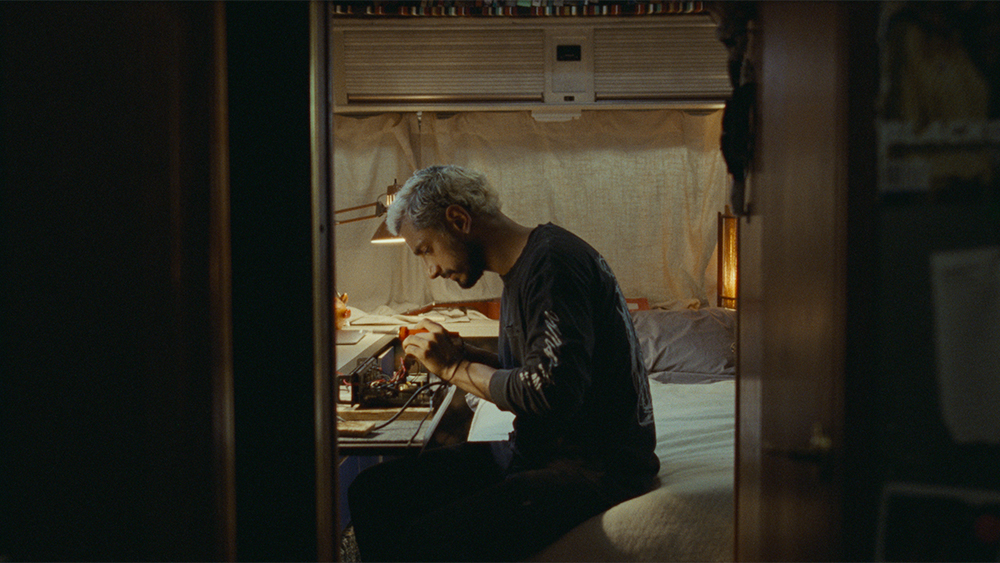 There are few movie endings that have left me completely silenced. Spiderman’s death in “Avengers: Infinity War,” the epilogue of La La Land, and the plot twist in The Sixth Sense all come to mind, but I don’t think any film’s ending has given me quite the feeling that I experienced with “Sound of Metal.”

Starring Riz Ahmed as Ruben, a recovering addict and drummer who must cope with his growing deafness, “Sound of Metal” masters character development. Delivering a performance worthy of his Best Actor nomination, the first act sees Ruben’s life as a metal drummer, touring with his girlfriend, Lou (the other half of his band), in their RV, stripped away as his hearing suddenly begins rapidly deteriorating. Ruben is determined to persevere through the hearing loss and attempts to continue life as normal, attempting to purchase implants that will alleviate the loss, a purchase with an insurmountable price tag. Out of concern for his health, Lou convinces Ruben to check himself into a shelter for deaf recovering addicts. Ruben meets Joe, the leader of the shelter, and begins his journey of learning to live with his condition.

Ahmed’s performance is calculated and masterful, exhibiting Ruben’s internal conflict, as he attempts to find stillness in a world that feels like it’s crashing down. Paul Raci’s performance as Joe is notable as well, taking on an empathetic, layered mentor role, as Joe tries to teach Ruben to treat his deafness as an opportunity rather than a remediable problem.

It is this very conflict that gives the third act so much weight. Ruben ultimately sells his RV in order to purchase the implants, choosing to try to “fix” his condition rather than embrace it. This news crushes Joe, who calmly requests that Ruben leaves the facility, fearful of how Ruben’s implants will be perceived by others at the shelter. Further devastating Ruben, the implants do not give him the results he had been expecting, with his hearing being only marginally improved to a garbled mess. This turn of events exacerbates Ruben’s internal conflict, and he ultimately turns the implants off, presumably learning to appreciate the stillness that Joe preached about.

Unsurprisingly, the real star of “Sound of Metal” is the sound design. The garbled effects used when Ruben turns his implants on genuinely deal a crushing blow, allowing the viewer to closely feel the same disappointment as Ruben. The silent moments of the film, particularly at its conclusions, are incredibly powerful. Best Sound Design was an obvious win for “Sound of Metal,” but Best Picture and Best Actor should have gone to this film as well.