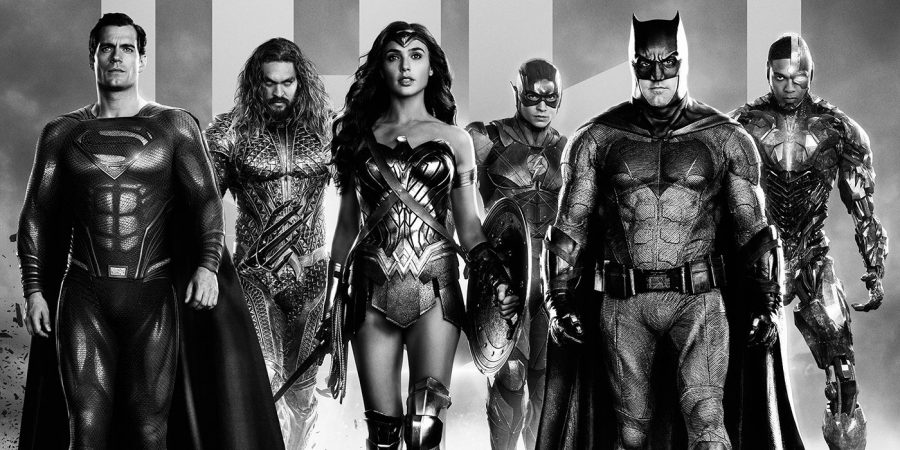 The version of Justice League that was released in 2017 was a Frankenstein’s monster of a film. The original director, Zack Snyder, shot a movie that he planned to be four hours long. However, due to the tragic death of his daughter, he was forced away from the project before it could be completed. In a state of disarray and uncertainty, Warner Bros. hired Joss Whedon to finish the final cut and get the runtime down to under two hours. In all fairness, this would’ve been an impossible task for anyone. Regardless, it’s pretty universally agreed upon that this decision ruined the film.

After years of petitioning and debating from cast, crew, and fans alike, Warner Bros. finally gave Zack Snyder the opportunity to finish his version of the film. Complete with a four-hour runtime, a 4:3 aspect ratio, and an R rating, the fabled “Snyder Cut” was finally released on HBO Max under the label of Zack Snyder’s Justice League.

Whether or not the movie is good depends on who you ask. While it’s no surprise that fans of Snyder’s work adored this version of the film (it was quite literally made for them), critics seem to be much more mixed on it, with a Metacritic score of 54. To be completely honest, I haven’t seen the movie, and I don’t plan to. I didn’t like Snyder’s previous works in the DC Universe and I can’t imagine this would be much better. Thankfully, that doesn’t matter at all here. The significance of Zack Snyder’s Justice League is the fact that it exists in the first place.

Ever since the underwhelming mediocrity that was the original release in 2017, it was obvious that Justice League was one of the most extreme cases of studio interference that had ever released. Snyder’s original vision was considered “too out there” for the general public. This is far from the only time this has happened, there are many examples of potentially great films where directors have simply been asked to fulfill too much and the final cut ends up a mess because of it. From Alien 3 to Blade Runner, this is an issue that has become all too common. Director’s cuts have existed for a while, and even exist for both of the films I just mentioned, but they’ve always been minor releases, never anything to this scale. Having such a massive project end up being a huge success is beyond exciting, and hopefully, teaches studios the lesson that they don’t need to water down films in order to create mass appeal.

In reality, past all the hype, Zack Snyder’s Justice League may just be another boring, pretentious, and overly grim Zack Snyder DC movie. But who cares? This is a rare case where quality is almost completely irrelevant to the film’s significance and the fact that it exists for the fans that wanted it is more than enough to justify its existence.