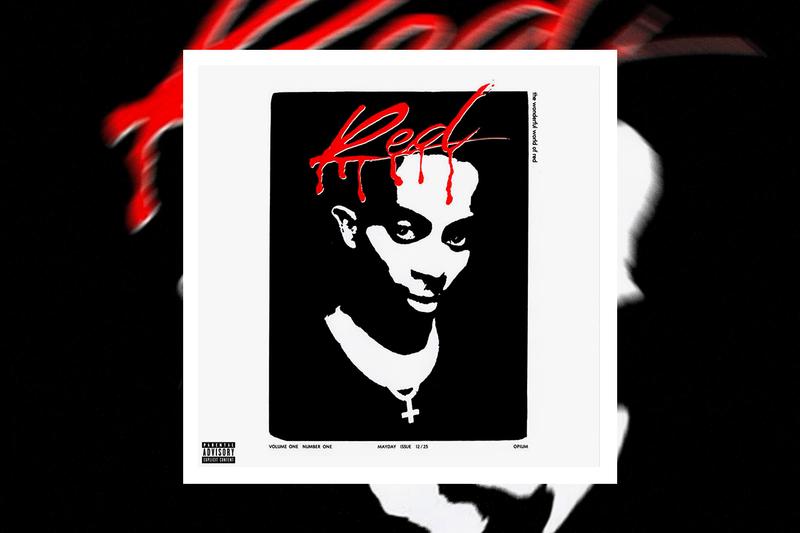 The term “album rollout” barely applies to the release of Atlanta rapper Playboi Carti’s album “Whole Lotta Red”. Rather, the term “saga” seems more fitting. The nearly 900 day gap between the August 2018 announcement of the album and its ultimate Christmas Day 2020 release was filled with everything one could ever ask for from an album release: a leaked song going viral on TikTok, the release of a mediocre single, and, most notably, rumored “release dates” that produced nothing but brief fan excitement and subsequent disappointment.

But, as the ultimate Christmas gift for Carti fans who have been anticipating the album for years, “Whole Lotta Red” finally saw its release.

These long-winded album rollouts, such as the case for “Whole Lotta Red”, are certainly a mixed bag. Oftentimes, the rollouts are bloated and excessively long, setting up the finished product for failure. Lil Uzi Vert’s “Eternal Atake” comes to mind as an example of an album where the allure of the album shined brighter than the album itself. Ultimately, what Uzi’s aforementioned project failed to do was to break any preconceived notions about the artist. “Eternal Atake” was, simply put, painfully boring. Under the luster of the hype surrounding the album was a very bland, straightforward Lil Uzi Vert album. Failing to differentiate itself from past works in Uzi’s discography, “Eternal Atake” holds little replay value and is unfortunately unmemorable, considering how much excitement was built up around its release. For better or for worse, this is not the problem on “Whole Lotta Red“. For a rapper of Playboi Carti’s status, committing an entire album to embracing a punk ethos is ambitious. Hints of punk rock were present in Carti’s 2018 project Die Lit, but never has it been as obvious as it is in “Whole Lotta Red”.

Perhaps the biggest departure for Carti is his vocal performance. Carti’s signature melodic mumbles that were so prominent on his self-titled 2017 mixtape don’t come through on here. Rather, his raspy, sometimes yelpy, vocals wear their punk influence on their sleeve. It’s an abrupt change in pace, and one that will undoubtedly turn a large portion of Carti’s fan base away, evidenced by initial negative Christmas morning reactions to the album on Twitter. Admittedly, the vocals are often horrendous. Tracks like “Stop Breathing” and “M3tamorphosis” are difficult listens, though the Kid Cudi feature on the latter redeems it. That being said, sometimes, the punk vocals just work. Songs like “Slay3r” and “F33l Lik3 Dyin” are examples of Carti nearing his best and most experimental. 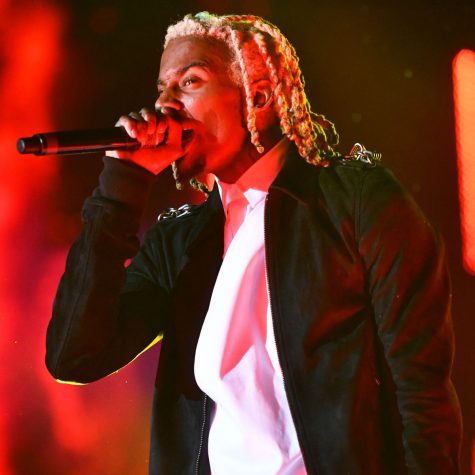 The production on the album, though not nearly as subversive as the vocals, pushes some boundaries as well. While the epic stadium synths, which are displayed prominently throughout the project, are reminiscent both of Carti’s earlier synth-heavy work as well as the late 2000s work of executive producer Kanye West (who delivers a pretty mediocre feature on “Go2DaMoon”), they provide a fresh foundation for “Whole Lotta Red“. They lie in juxtaposition with the harsher Carti vocals featured in the beginning of the album, but, as the project mellows off towards it’s home stretch, the synth leads on “Sky” and “Over” set an ethereal mood for the end run of the album, topped off by some beautiful sampling on “F33l Lik3 Dyin.” This track placement is a notable error for Carti. The second half of the album is infinitely more accessible than the first and the contrast of sounds seen between the two halves of the album is stark, and the harshness of the album’s opening will turn away a lot of Carti’s fans.

In regards to issues with production, there are definitely several. The Dracula-themed pipe organ sample on “Vamp Anthem” is stale and annoyingly repetitive, and “Beno!” is blatantly derivative of Carti’s previous beats, specifically 2020 single “@ Meh.”

That being said, after my initial listens and the reactions I’ve seen to this album, I find myself wanting to rush to the defense of “Whole Lotta Red” because I truly do see so much merit featured on this project. Despite the initial abruptness of the contrast between “Whole Lotta Red” and Carti’s past work, there’s legitimately praiseworthy artistry here. In fact, it is that subversion of expectations itself that makes “Whole Lotta Red” surprisingly refreshing. On this 24-track album, there are instances where Carti sounds woefully lost in his influences, trying to reinvent the wheel and combine his worlds of punk and trap. Oftentimes, the fusion just does not mesh. But, when it does, Carti truly creates something special, combining the dark, rebellious ethos of 70s punk with the infectious melodies of Carti’s signature trap sound to create a handful of incredible tracks.

Ultimately, as a 10-track album, or even a 7-track 2018 Kanye style EP, “Whole Lotta Red” would have been a really solid next step for the evolution of Playboi Carti as an artist. Instead, Carti is Icarus, flying too close to the sun. Despite taking admirable risks on such an anticipated album, “Whole Lotta Red” is held back by a bloated track list and poor execution on much of the album’s first half.