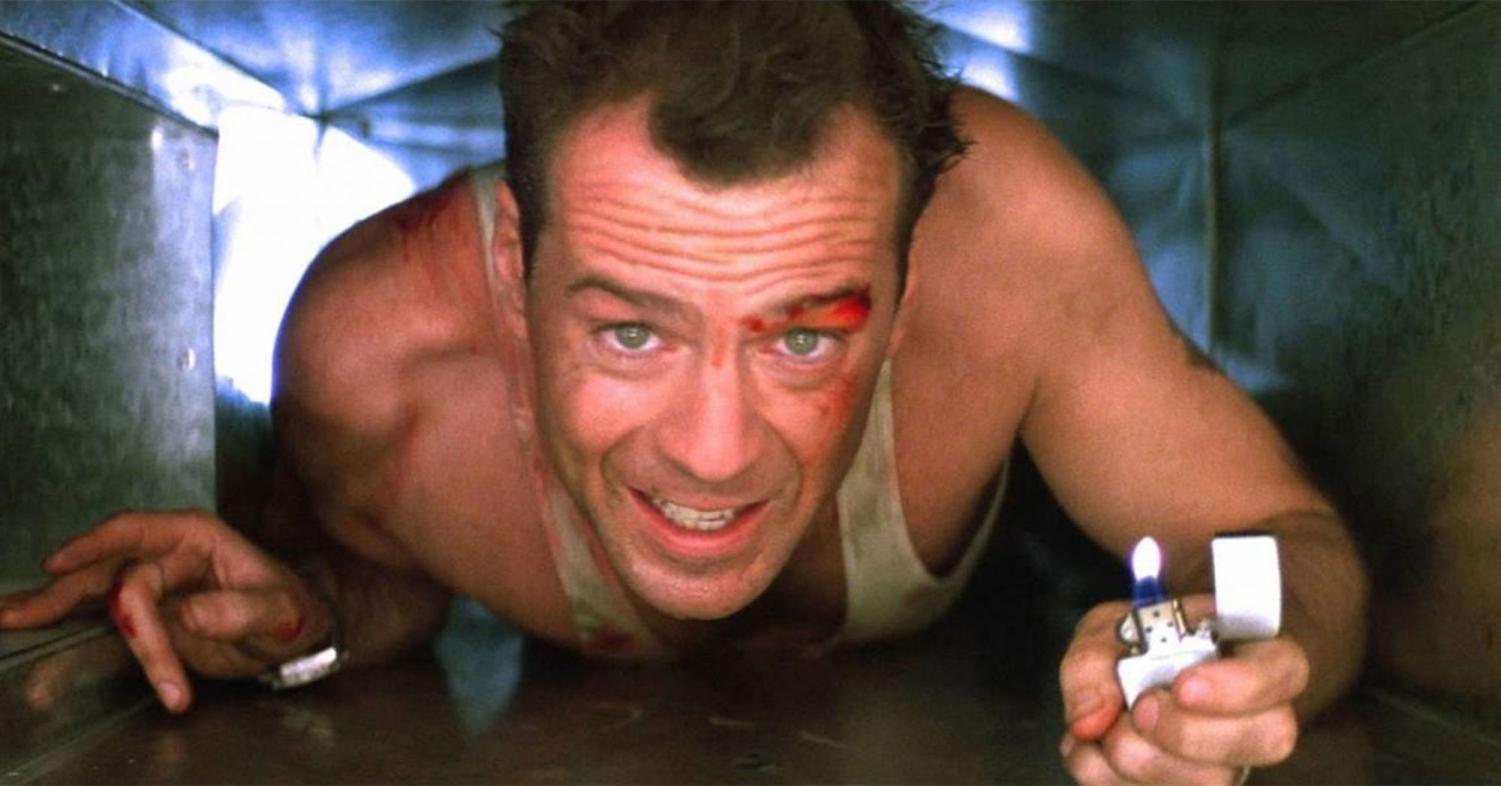 At the conclusion of the 1947 Christmas classic, “It’s a Wonderful Life”, as “Auld Lang Syne” plays in the background, George Bailey holds his child in his arms. A bell on his Christmas tree rings, and his daughter exclaims, “Look, Daddy! Teacher says everytime a bell rings, an angel gets his wings.” But, just as this is true, the inverse must also occur: everytime the Hallmark Channel produces a Christmas movie, an angel dies.

In an entertainment industry where reboots and sequels represent the death of Hollywood originality, Hallmark is truly the epitome of holiday banality. Despite an average budget of $2 million, Hallmark somehow creates the same basic plot in nearly every movie: workaholic middle aged woman, probably played by a former Full House star (presumably Candace Cameron Bure), living in the city and pushing for a big promotion, has never made time for a relationship and has forgotten the magic of Christmas. Needing a break, she returns home to her small rural town to see her family for the holidays. While out getting coffee at the town’s local bakery, owned by a kind old man who looks mysteriously like Santa Claus, she bumps into a ruggedly handsome widower, slightly resembling Ryan Gosling. They begin accidentally running into each other throughout her small town before she finally invites the guy to her family’s Christmas Eve party. On the way there, his car breaks down, and she becomes distraught, realizing that she left herself vulnerable and let herself get hurt. But, suddenly, the bakery owner, who is revealed to actually be Santa Claus, picks up the Ryan Gosling lookalike and takes him to the woman’s house. They share a kiss under the mistletoe and live happily ever after. Essentially, the formula boils down to: a woman with family issues finds love and acceptance thanks to the magic of Christmas.

What the Hallmark Channel lacks in creativity, originality, and racial diversity, it makes up for in efficiency. The movies are not good, and I don’t think you could find very many self-respecting people who would say they are. The plots are stale and the acting is cheesy. But, in true quantity over quality fashion, the Hallmark Channel cranks these movies out, releasing 40 titles in 2020.

The perfect Christmas movie would be the anti-Hallmark movie. A film that, while still oozing Christmas spirit, doesn’t come across as bland and uninspiring. A piece of cinema that remains a vehicle for Christmas themes of togetherness and love while pushing boundaries and being incredibly subversive. That movie, undoubtedly, is Die Hard.

When talking to a person, my litmus test to determine their intelligence and critical thinking skills is to engage in the ages old debate: is Die Hard a Christmas movie? In all the discussions I have had with people surrounding this topic, I have yet to encounter a single strongly crafted argument against Die Hard’s status as a Christmas classic.

The boundaries some anti-Die Hard activists set when performing the mental gymnastics it takes to strip Die Hard of its holiday accreditation complicate this too much. Some claim that the movie’s release date plays a factor in determining whether or not it is a Christmas movie, which would heinously exclude not only Die Hard, but also Miracle on 34th Street and White Christmas, released in July and October respectively. Some say it is a matter of tone, which would disqualify It’s A Wonderful Life and A Christmas Carol. These lines in the sand drawn by detractors are entirely arbitrary.

Analyzing the creative intent means to analyze what is explicitly, undeniably included in the film. It means to analyze the centrality of Christmas to the plot by observing the influence of holiday imagery in the cinematography and soundtrack, contributing to the overall Christmas ethos. To look at this objectively, one must not rely on the arbitrary arguments employed by Die Hard detractors, as this truly holds no empirical grounding. Rather, one must look at data and make a determination based on that.

The  regarding the Christmas ethos in Die Hard overwhelmingly supports the pro-Die Hard argument. The soundtrack, containing 3 Christmas songs, deems Die Hard, audibly, more Christmassy than 99.2% of movies in the IMDb database. The script itself contains the word “Christmas” 18 times, which would be incredibly excessive for a non-Christmas movie. As far as cinematography is concerned, there are 21 distinctly Christmassy shots in the film. There’s a strong pro-Die Hard argument based on creative intent alone, especially when amplified by screenwriter Steven D’Souza declaring it to be a Christmas movie.

But the second, more important factor is the cultural impact of the film. A descriptivist methodology can be employed when analyzing this: the definition of a Christmas movie is a societal construct and is only determined by the opinion of the populus.

The empirical analysis seems to contradict this, but it doesn’t. The data analysis simply just operated under the presupposition that certain things, such as Santa hats, were deemed to be socially accepted as “Christmassy”. By observing this data, you can only say that Element X appears often in Die Hard. But whether or not Element X is inherently Christmassy can only be determined by taking into account the opinion of the populus. The previous empirical analysis operated under the presupposition that Element X, in this case Santa hats, were socially accepted as Christmassy, which is a difficult foundation to refute.

Of the 2,007 user-created lists on IMDb regarding Christmas movies, Die Hard is the 22nd most mentioned movie. Furthermore, both Wikipedia and Google search trends spike in December for Die Hard, indicating its popularity during Christmastime.

Die Hard’s very status as a Christmas movie, however, is an elementary argument, typically not needed to be had outside of amateur pseudo-intellectual spheres. Rather, the more nuanced and intellectual argument to be had is whether or not Die Hard is the best Christmas movie ever.

But the one glaring similarity between Die Hard and your average Hallmark movie is that the two are actually, at their core, the same basic story:

When giving a Christmas present, presentation is so important. The wrapping paper can often make or break the gift-giving experience. What Die Hard presents is the same gift as any Hallmark movie, but with a beautifully subversive presentation. The perfect Christmas film delivers the same reliable ethos and themes of togetherness and love that are present in your average Hallmark movie, but it does so in a refreshing and unique way. And there is nothing more refreshing and unique than curling up on the couch with a cup of hot cocoa to watch Bruce Willis fight terrorists.