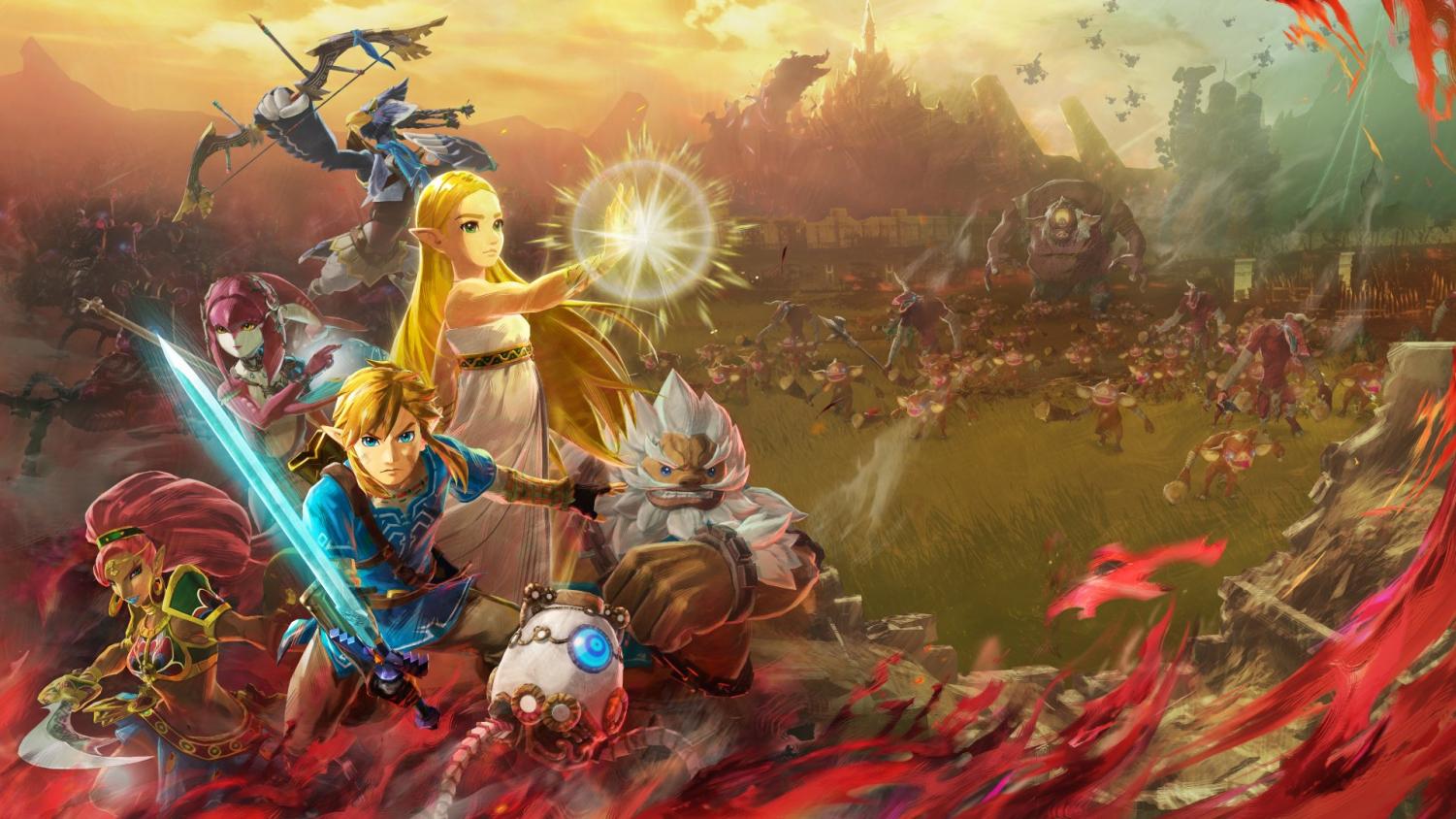 Hyrule Warriors: Age of Calamity – When to Keep Expectations Tempered

When The Legend of Zelda: Breath of the Wild first released in 2017, it instantly became a smash hit. Selling nearly 20 million copies, the game scored an astounding 97 on Metacritic, and won three major awards at the 2017 Game Awards, including the highly coveted Game of the Year. It introduced countless new fans to the series and provided longtime fans with a fresh experience that substantially altered the typical formula they had come to expect. After finishing, the question on many players’ minds was: what’s next? A sequel was announced a little over a year ago; however, there have been no updates since then. Many fans were starting to lose hope that they’d be seeing anything new from the series any time soon. Enter the surprise announcement of Hyrule Warriors: Age of Calamity.

Age of Calamity is a spin-off of the Zelda series, taking place 100 years before Breath of the Wild. While the two games share little in common gameplay-wise, the mere idea of seeing in great detail the events that were the catalyst to the story of Breath of the Wild was enough to get most of the fanbase excited. Fast forward a few months, and the fanbase is more divided than it’s been in decades. What happened? How did something that should have been so easy to get right stir up so many wildly different reactions?

I’m going to be blunt here: this is one of the biggest overreactions I’ve ever seen in the gaming community. Unfortunately, it’s difficult to discuss why this game has been so controversial without spoilers, but suffice it to say that the marketing was extremely misleading, and this game is not a companion piece to Breath of the Wild. Having finished the game for myself, the most divisive aspect really isn’t much of a big deal at all. It’s significant within its own story, but it doesn’t affect Breath of the Wild whatsoever, nor will it affect the sequel. Had Breath of the Wild never existed, this would be a fairly standard Zelda plot in its own right. The problem here is that Age of Calamity was marketed as a direct prequel to Breath of the Wild when in practice it’s anything but that.

Overall, the story of the game, while fairly standard, is serviceable for the most part. Easily the strongest aspect of the story is how the writers chose to handle Zelda herself. Again, I can’t dive into why without spoiling it, but they gave her a really compelling arc. Her motivation here is very relatable and the way her story plays out had me genuinely invested by the end. Somehow, she feels more like the protagonist here than Link. Considering how disappointingly underdeveloped I found her character in Breath of the Wild, I was very pleasantly surprised with her portrayal in this game. However, I can’t give that same praise to the rest of the cast. Somehow, Link and the Champions managed to be even blander and have even less chemistry than they did in Breath of the Wild, which is an incredible feat in the worst possible way. Unfortunately, this extends to the new villain Astor as well. At first, he is shrouded in mystery, but as the game continues, it only becomes more and more clear that he has nothing to him at all. No motivations, no personality, no presence, and most importantly, he’s completely unmemorable. Admittedly, I had to Google his name while writing this article because he’s just that insignificant and forgettable. As a whole, the story isn’t bad, but it definitely blunders in a few spots, and the complete package isn’t something that I can imagine sticking with anyone for long.

As important as the story is to the overall experience of Age of Calamity, the vast majority of your time is still spent on the battlefield. And thankfully, this part of the game is even better than it was in the original Hyrule Warriors. That original game was simple yet fun, with the gameplay mostly consisting of slashing through hundreds of thousands of helpless enemies and capturing outposts. Bosses and minibosses required you to take a more strategic approach with items and timing; for the most part, however, it was mindless and shallow fun. It’s an extremely surface-level gameplay system with little depth, but the sheer spectacle of watching your favorite characters absolutely demolish hordes of enemies like they’re mere ants is enough to keep it entertaining. Age of Calamity essentially keeps the exact same gameplay system with a few upgrades, most notably the inclusion of the Sheikah Slate from Breath of the Wild. You can now use the runes from the Sheikah Slate in battle, adding a lot of variety and alternate approaches to combat. In a game as repetitive as this, this is greatly appreciated and goes a long way to keeping things fresh, especially if you played the first Hyrule Warriors game before. Occasionally the game will thrust you into the control of one of the four titanic Divine Beasts, and unfortunately, these sections drag. The controls are clunky, the gameplay becomes overly slow and boring, and whenever I’m playing them, the only thing I can think of is how much I’d rather be doing something else. Thankfully, there aren’t many of them, and they’re over quickly. Aside from those sections, however, Age of Calamity’s main missions are a ton of fun and a solid improvement from the original’s.

One of the biggest queues Age of Calamity takes from Breath of the Wild is the insane number of things to do outside of combat. There’s an overabundance of side content to tackle here, and unlike the original Hyrule Warriors, it’s actually fun this time around. There are a lot of smaller and shorter missions with special objectives, such as defeating a certain number of enemies under a strict time limit or completing a mission without taking a single hit. These are a nice and fun way to shake up the usual gameplay. This includes missions dedicated to training certain characters or weapon types, which is a useful way to test out a new play style with no pressure. There are also a lot of places where you can donate materials that you collect on the battlefield in exchange for rewards. Those could be extra health, new meals for benefits during missions, new costumes, or more rupees to spend. You can also fuse all the weapons you find on the battlefield, which is particularly helpful in making specific weapons even stronger. There are even completely new characters you can obtain through side quests. There’s a lot of optional stuff to do here, and while many may ignore most of it, it’s a fun way to extend the time you spend with this game. However, it’s not necessary. You can easily ignore every single side mission and still have a great time with the game.

If there’s one thing Age of Calamity absolutely perfects, it’s capturing the aesthetic of Breath of the Wild. Every single thing here looks like it was ripped directly from that game, from the menus to the levels to the direction of the cutscenes. This even extends to the soundtrack. Most of the songs in Breath of the Wild are very melancholy and atmospheric, yet the team behind this game somehow was able to transform those same themes into high octane battle themes that are incredibly good at getting the player pumped up and ready to fight. They went above and beyond in this regard, and it pays off.

Overall, Hyrule Warriors: Age of Calamity isn’t an experience I can imagine blowing anyone away. The gameplay is simple and repetitive, the story is serviceable but nothing special, and the experience as a whole never reaches the heights that you’d expect from a mainline Zelda game. However, this isn’t a mainline Zelda game. It’s just a small side game. It was never expected to reach the quality of the rest of the series because it never needed to. And if this game is one thing, it’s a lot of fun. If you’re not expecting anything crazy from this game, you’ll probably thoroughly enjoy your time with it. The only reason I can imagine somebody being genuinely disappointed in a game like this is if they set their expectations too high in the first place. As some good mindless fun that you can blaze through in around 12-15 hours, it does its job perfectly fine.