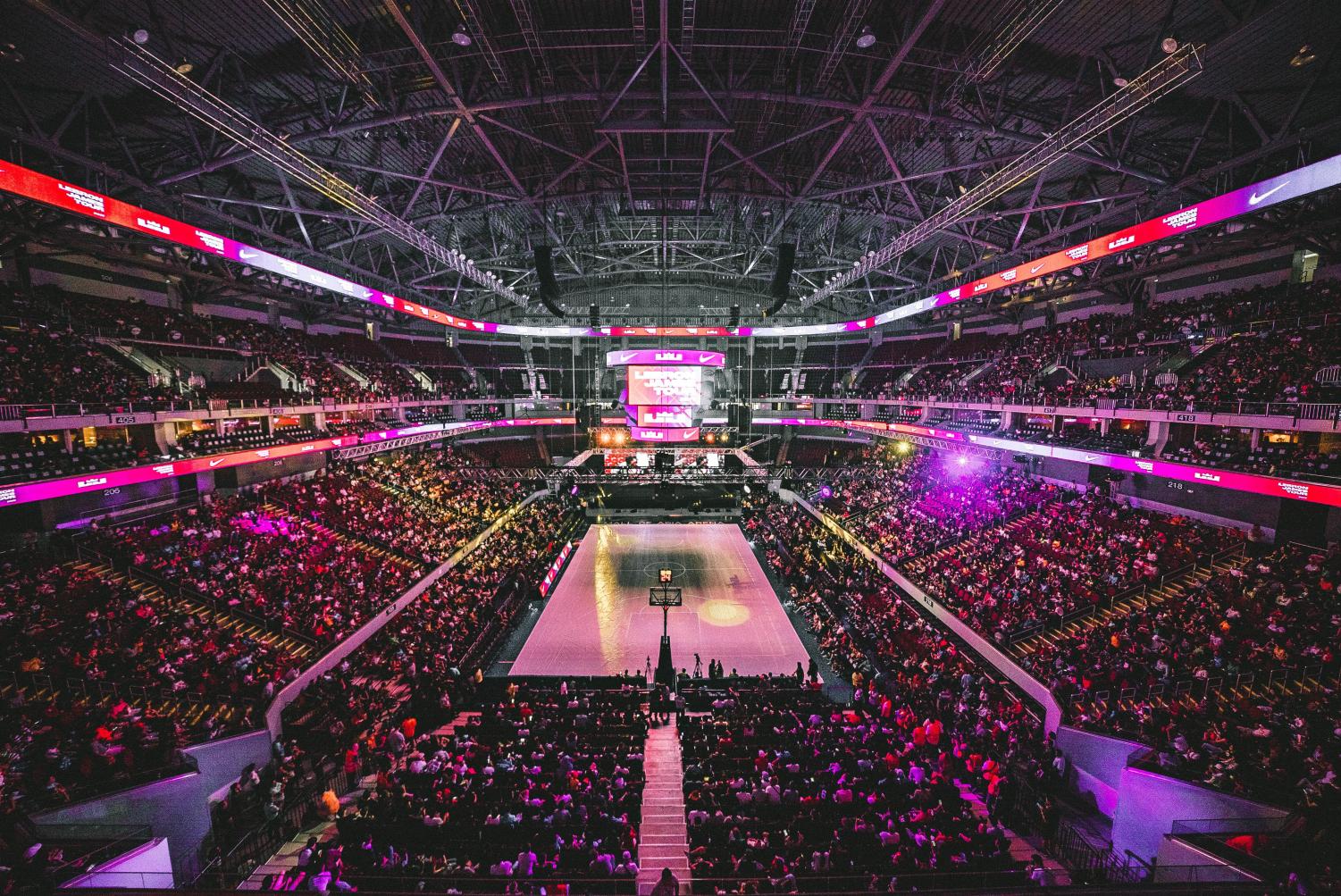 The Minnesota Timberwolves are in need of a SG/SF who can flow well with D’Angelo Russel and KAT. Anthony Edwards offers a scoring two guard who will develop into a D Wade type of player. If Edwards’s defense improves the Timberwolves could be playoff contenders.

The Golden State Warriors still have the outside shooting ability of the Splash Brothers. They need a big man who can offensively compete with other centers in the league. James Wiseman is a seven-footer who can shoot the three. He would be a great pick for the Warriors and would help them offensively and defensively.

The Hornets are in the need of everything. LaMelo Ball is a 6’7 point guard with great shooting. If his work ethic improves he can be a great guard in the league. His current popularity would bring attention to the forgotten Hornets team. The high school star probably has the most eyes on him in this years rookie class.

The Bulls young core of Zach Lavine, Coby White, and Lauri Markinen leaves space for a center and a small forward. The only true center worth taking this early, James Wisemen, will be taken by now. Patrick Williams is a great small forward out of Florida State with the ability to score and make athletic plays. He could see immediate impact on the Bulls this year.

After drafting guards in 2018 and 2019, the Cavs need to draft a big man. Okongwu is an athletic scorer who can defend any position on the court. His pure athleticism allows him to play great defense and score in different ways.  This is exactly what Cleveland needs.

The Hawks had a disappointing season last year, even with a strong core. They have a young star point guard, Tre Young, who takes on the main scoring role. With post players like Clint Capela and John Collins they need a SF/PF player. The athletic Obi Toppin would be a great pick for the Hawks due to the fact that his high flying ability would work well with Young and Collins.

Haliburton is a 6’5 guard who has great vision on the court. He would be a great pick for a Pistons team that needs a lot of skill. Halliburton’s vision, handle, and scoring would be great in Detroit. Detroit has Blake Griffin, Derrick Rose, and Christian Wood. They have multiple good players at the end of their careers. Haliburton would add great youth and potential to Detroit.

There is not a position the Knicks could not improve in in the draft. The Knicks just need to take the best overall player with their pick. This could be Deni Avidja. He has great ball skills and scoring. The Knicks could use his leadership skills in the locker room.

With the Guard tandem of Wall and Beal, the Wizards have drafted a lot of post players in the past few drafts. It is time the Wizards take a guard who can back up either Wall or Beal. Killian Hayes has great skills such as his vision and shooting. His NBA-ready skills would be great as a 6th man for the Wizards.

Phoenix had a surprising end of the season, going 8-0 in the bubble. Devin Booker proved his skills were All-Star worthy. The Suns need an athletic defender to guard the perimeter. Okoro can do that and more. He brings great athleticism and skills to a team that is on the verge of being very good.

Saddiq Bey is a big small forward standing at 6’8. The Spurs are one of those teams that are right in between making the playoffs and being a lottery pick. This is the worst position to be in as an NBA team. Bey could push them to the playoffs as a bench player behind Demar Derozan. He would offer a spark off the bench and would help out any team he went to.

Achiuwa has great athleticism and size. He has potential to be a great NBA player though it might not happen immediately. He isn’t as game ready as others are but once he develops he can be great. He looked a little undisciplined in college but that will hopefully change in the league.

Devin Vassel has very high potential. His energy along with his shooting will fit in great in the young New Orleans team. If he develops his ball handling,  he will be a scary player to guard or have guard you.

Boston doesn’t need a lot from this pick, but Maxey might make an immediate impact. He is a purely offensive player with great potential. His scoring abilities are great and would help the Celtics off the bench.

The Vanderbilt shooting guard creates a mismatch on anyone guarding him. His 6’6 frame allows him to shoot over defenders or while he is open. His elite shooting along with his size makes it very hard to guard him.

The Trail Blazers need a versatile big man who can run the floor well. They have great guard play from Lillard and McCollum. Hassan Whitesides holds down the middle defensively and can score when he has too. Carey brings great scoring and athleticism to their team and would therefore come in with immediate impact as their power forward.

The 6’10 power forward would be a good pick for the Timberwolves after they drafted Edwards 1st overall. He is a young post player who can run the floor with great scoring ability. He would add to the young core and hopefully turn in to a good player further down the line.

The French point guard, Theo Maledon, has great vision and passing. With JJ Berea’s career coming to an end, a point guard would be a great pick by the Mavs. The pure point guard Maledon would be great for distributing the ball to the many scorers in Dallas.

Brooklyn has good talent already through free agency. Because of their good guard play, it would be best for them to take a forward. Jalen Smith from Maryland offers traditional post defense and rebounding. He has great size and could see minutes for the Nets.

Hampton chose to play professionally in Australia instead of going the normal collegiate route. RJ was a great prospect coming out of high school and definitely has potential to be a great player. If the work ethic of the Miami Heat were to rub off on him he could be a star.

Philadelphia doesn’t need a lot of help. Terry will bring passing and ball movement to a sometimes stagnant offense. Terry passes the ball well and finds the open teammate.

Denver had a great playoff run last year. Their stars Jamal Murray and Nikola Jokic proved to be one of the best duos in the league. The Nuggets could use an explosive guard like Anthony. He can bring a spark off the bench that the Nuggets need. His athleticism makes him a feared player to guard.

Mannion is an athletic guard who is great on the offensive side of the ball. He is good at distributing the ball when he needs to but is mainly a scorer. He can help the Knicks bench with a scoring boost when he is on the court.

OKC had a surprisingly good season last year. Under veteran Chris Paul, the Thunder were able to make the 5th seed in the west for the 2020 playoffs. With young guard Shai Gilgeous-Alexander, the Thunder will most likely take a big man. The 6’7 Power Forward, Tyler Bey, has great size and athleticism. He can add a two way big for the Thunder to space the floor with.

Hughes has great shooting ability and scoring potetial. He was a leader on Syracuse and that leadership will translate well to the league. I could see him probably starting off in the G League but making his transition to the League later.

Kira Lewis is a very fast guard. He has quick feet and great perimeter defense. He can grow to be a De’Aaron Fox type of player. The Jazz could use a guard like Lewis to help their defense.

The reigning champs still have a few holes to fill. Zeke Nnaji can help out at the center position. He has good size and can shoot well for his position. He showed great hustle at Arizona and that usually translates well to the league.

Daniel Oturu is a skilled center from Minnesota. Toronto could use the rebounds and skills he poses as a big man. The Raptors have young guards and could use a young center behind Marc Gasol and Serge Ibaka.

Boston has three picks in the first round and could use their last on Malachi Flynn. Flynn is a great shooter who seems NBA ready. I could see him as a G League player for a while and could develop into a good shooter and player.