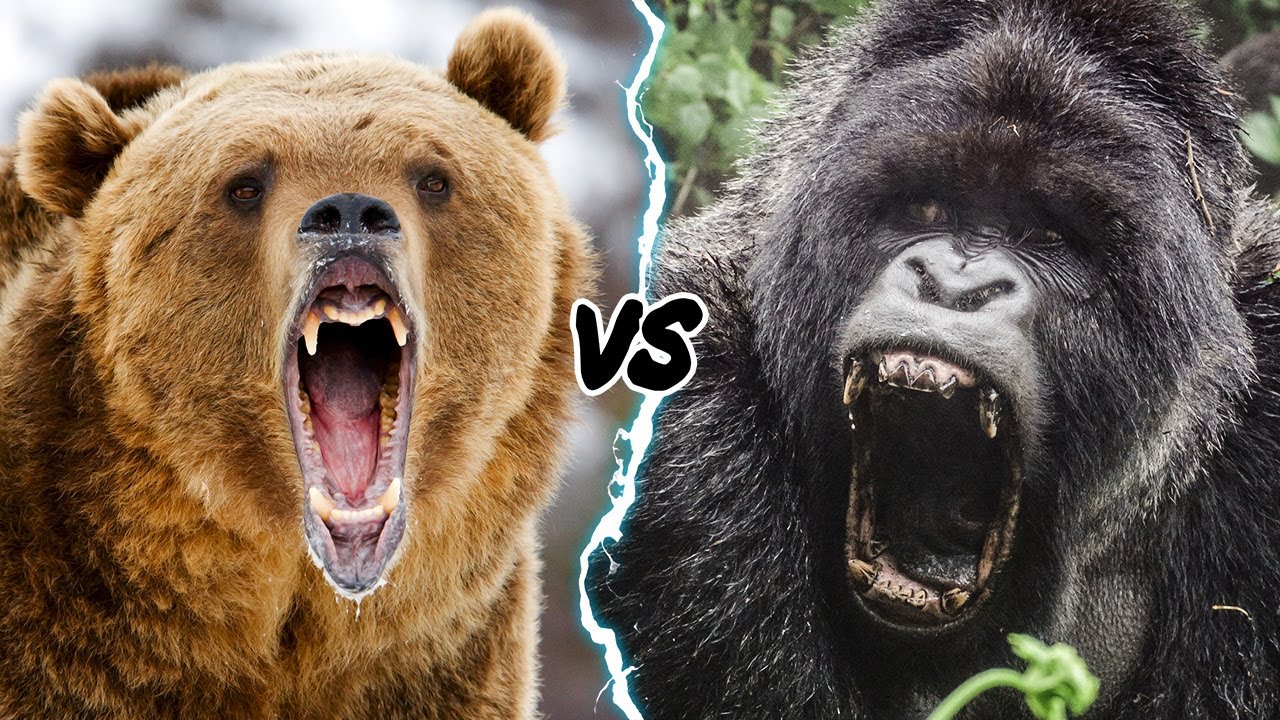 In Defense of the Grizzly (EC Repp)

The date is September 25, 2020. The CCES News staff has broken out into a full-blown civil war. It all started off with a simple question: Who would win in a fight between a gorilla and a grizzly bear? It was a matter of mere minutes before this became one of the most ridiculous and heated debates I’ve ever seen in a classroom. Eventually, the argument reached its peak, and we posted a poll on our Instagram page to settle it. Personally, I was quite displeased with the results. Only 32% of our audience understood that the grizzly bear would easily dominate the gorilla, with the majority siding with the gorilla. Alex Eastland can preach all he wants about needing to “liberate” his fellow gorilla believers, but the truth dictates that they aren’t the ones that need liberation. We are the underdogs in this story. We may be the minority, but we can be satisfied in the knowledge that we are correct. Today I’m here to firmly defend our stance that in this hypothetical scenario, that the grizzly bear would undeniably come out victorious.

To even begin with a debate as critically important as this, one must first consider the cold, hard facts. A quick Google search will inform you that the average male grizzly bear weighs an astronomical 600 pounds, while the average male gorilla is only a puny 350 pounds. Immediately, the odds are stacked heavily against the gorilla, before the opponents even lock eyes. This alone should be enough for most people to accept that the grizzly bear would easily win. That’s not even taking the creature’s claws into account, which would brutally tear apart the gorilla. Even Neil deGrasse Tyson accepts and advocates for this truth. And one does not dare challenge the knowledge of Neil deGrasse Tyson.

The most common defense that gorilla supporters will use is that the gorilla is simply smarter than the grizzly bear. And this I cannot deny. It is a fact that the gorilla is significantly more intelligent than his opponent. However, even that intelligence is not enough to overcome the sheer brute force of the grizzly bear. Think about it this way; humans are significantly more intelligent than gorillas. If you throw a human into an arena with no external help from tools, they will still get absolutely demolished. Intelligence isn’t the only thing you need in a fight; brute force is also a necessity. It is true that the gorilla is more worthy than a human in this regard. They are no small creatures and can certainly hold their own in most physical encounters. But even with a gorilla’s most strategic punch, a grizzly bear could easily take it, and pounce back much harder than the gorilla ever could in its wildest dreams.

After looking at the evidence, it is simply inconceivable as to how one could even imagine a gorilla coming out on top without significantly diminishing the grizzly bear’s worth. Any way you choose to look at it, the grizzly bear dominates this hypothetical scenario.

In Defense of the Gorilla (Alex Eastland)

Pages of research. Countless sleepless nights of introspection. An internal divide that has threatened to rip my mental health and social life into two. All because of a bear and a gorilla.

It started in my AP Environmental Science class. Somehow the topic arised. In a hypothetical fight to the death, who would win: a silverback gorilla or a grizzly bear? My initial reaction was the bear. After all, the bear is bigger and has claws. But I am now ashamed of my naïvety. I began to study the silverback gorilla, and I was amazed. The muscle to size ratio of the creature. The intelligence. The raw athleticism. The right hook. I was sold. The gorilla was truly the only answer.

I became a vehicle of this debate, spreading it to every class I went into. My AP Lang class turned to a shouting match, my AP Euro class was heated gridlock. I saw the passion in the eyes of the participants of these debates, both my proponents and opponents. This hypothetical was truly of utmost importance to so many people. I knew I needed to liberate my fellow Gorilla patriots by completely debunking every fallacious Grizzly Bear talking point.

Point 1: “But the Grizzly Bear is bigger”

This is one of the worst, most surface-level appeals to nature that one can encounter in this arena of debate, used by pseudo-scientist Neil DeGrasse Tyson (who lost all credibility in my eyes when he chose the bear to hypothetically defeat the gorilla). The concept that the Grizzly Bear, admittedly having a height and weight advantage, is somehow predisposed to victory simply off the basis of these measurables is absurd. The 1993 classic Rudy (the best guy-cry movie of all time) completely debunks this argument. Despite his small stature, Rudy overcomes all odds, gets into Notre Dame, and fights his way onto the roster. If Rudy could get a sack against Georgia Tech, with the entire crowd chanting his name, then there is absolutely nothing preventing a gorilla from overcoming the size differential.

Point 2: “But the Grizzly Bear is stronger”

Not only is this claim unsubstantiated (the only acceptable way to sort this out would be to get both animals in a squat rack and see who can pump iron better), it also is irrelevant. The idea that a Grizzly Bear’s strength would be capable of aiding him in hand-to-paw combat ignores the skill set of the Gorilla. I will concede that Grizzly Bears have incredible lunging ability, but that lungin ability is countered by the Gorilla’s phenomenal right hook, which would inevitably knock said lunging Grizzly Bear into oblivion.

At this point, looking at the Grizzly Bear’s varied skill set is grasping at straws. Sure, the bear has some weapons (claws and teeth included). But when juxtaposed against both the raw athleticism and the intangibles of the Gorilla, merely having sharp fingers is useless. A gorilla’s jumping and punching ability are a testament to their underrated athleticism. But, above all, it is a gorilla’s intellect that sets it over the edge, embarrassing that of Yogi the Bear. Harambe’s uncanny ability to mentally outmaneuver and physically outlast the bear makes the true winner clear: it’s the gorilla.