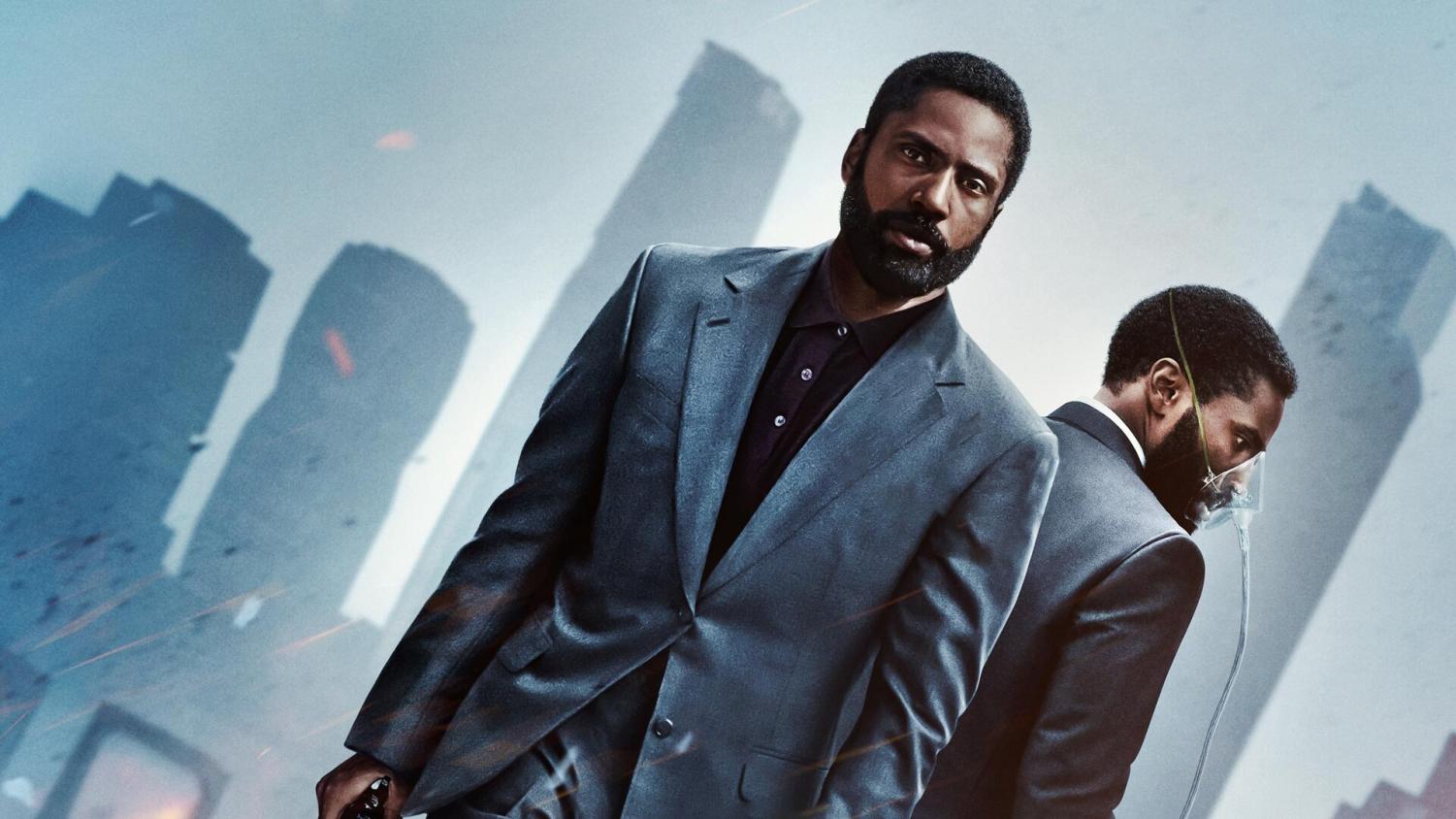 Tenet: Breaking the Boundaries of Film

The last new movie release I saw before movie theaters shut down across the nations was Pixar’s Onward. That was in March. It’s been almost half a year between when I last visited the theater for a major release and now. In that time, countless blockbuster movies that were supposed to release ended up delayed, some even having their release dates pushed back multiple times. But on August 21, Regal movie theaters in select cities, including Greenville, began to reopen. However, these theaters didn’t have any new movies to play. There were a few minor releases, but nothing that made people really want to leave their homes to go see a movie again. Enter Christopher Nolan’s Tenet. This is the first major blockbuster movie release in what feels like ages, and simply because of that, it has incredibly high expectations to live up to. Thankfully, Tenet doesn’t disappoint and kicks off the return to movie theaters with a triumph.

Similar to many of Nolan’s other movies like Inception, Tenet can be extremely difficult to sell to an average moviegoer who doesn’t already have an interest in it. The film is founded on the premise of inverting the entropy of people and objects so that they travel through time in reverse. This isn’t a movie where you can turn your brain off and enjoy a simple story. From the very beginning, Tenet demands the audience’s full attention with wrath and ferocity that isn’t seen in the vast majority of major releases. Even while concentrating on it, it can still be incredibly difficult to follow. The first half is extraordinarily complicated, and a lot of scenes don’t make a whole lot of sense. This will undoubtedly be a turn-off for some audience members, but if you put in the effort to pay attention and try to make sense of this plot, you’ll be rewarded with one of the most ingenious scripts ever put to screen. The nature of the plot makes it impossible for me to talk about too many details without spoilers, but there were numerous scenes and story beats that made me recoil in my seat and ask myself, “How do you come up with stuff like this?” The characters may not be the most memorable or interesting, but they don’t need to be. This story is almost entirely plot-driven, but when the plot is this good, that’s not a bad thing at all. Once again, Nolan continues to provide a plot that keeps the audience constantly engaged and eager to see what happens next. The ending wraps the entire story up perfectly, conclusively, and decisively answering all of the questions that it planted in the viewer’s mind throughout. Although I feel that the payoff is strong, I think there are multiple steps that could have been taken to make the plot easier to comprehend in the first half. There are many important expositional scenes where it can be difficult to understand what the actors are saying because of how overbearing the musical score is. More visual demonstrations would also be appreciated since it starts off with an extremely strong and effective one. This film’s plot is incredibly innovative, but that innovation comes at the price of understanding, and this will probably turn some viewers off completely from it. As it stands, I personally don’t have a huge problem with the way it plays out, but it could have been handled just a bit better. Tenet is tremendously challenging to follow in the beginning, but stick with it and you’ll be rewarded with one of the most satisfying and inventive plots you’ll ever see.

One of the first words that comes to mind when I think of Christopher Nolan is spectacle. As a director, he always seems to be obsessed with making his films feel huge, and Tenet is no exception. Just like his other works, this film practically begs to be shown on the biggest screen possible with the loudest speakers. Visually, this film is a technical marvel. The visual effects here are completely unparalleled, and nothing like I’ve ever seen before. Because the film is all about the direction of time, the visual effects artists had to get creative. At the beginning of the film, there’s nothing too crazy or mind-bending. There are a couple of moments like an empty gun catching a previously fired bullet that are impressive at first, but that’s only the tip of the iceberg when it comes to what this film has in store. There are several moments where there are multiple characters and objects moving in both directions of time sharing the screen, and it’s just mind-blowing to look at. This all culminates with a stunning climax which pushes this idea to the very extreme. In particular, there’s one action scene here that I predict will be the “hallway fight” of this movie. Similar to the hallway fight in Inception, it completely shatters the boundaries of what to expect from a film. Without diving into spoilers, it’s a brief stroke of creative genius that’s infinitely entertaining and memorable, and I have no doubt that it will be remembered and discussed for years to come. Visually and technically speaking, Tenet is a masterpiece that defies any imagined limitations that come with the medium of film.

It’s hard to overstate just how much I love Tenet. It’s undeniably a challenge to get into, and for that reason, I really can’t recommend this movie to everybody. However, if you have an interest in it, then the best thing to do is to give it a chance and try to follow along. This movie is one of those special cases where during the entire drive home, I couldn’t stop smiling just thinking about how good it was. Not only did Tenet meet my expectations, but it obliterated them. As a sum of its parts, I can’t bring myself to call this movie quite as good as some of Nolan’s other films like Inception or The Dark Knight. But as the first major theatrical release in months, Tenet is an exceptionally strong return that has me desperate to return for a second viewing.