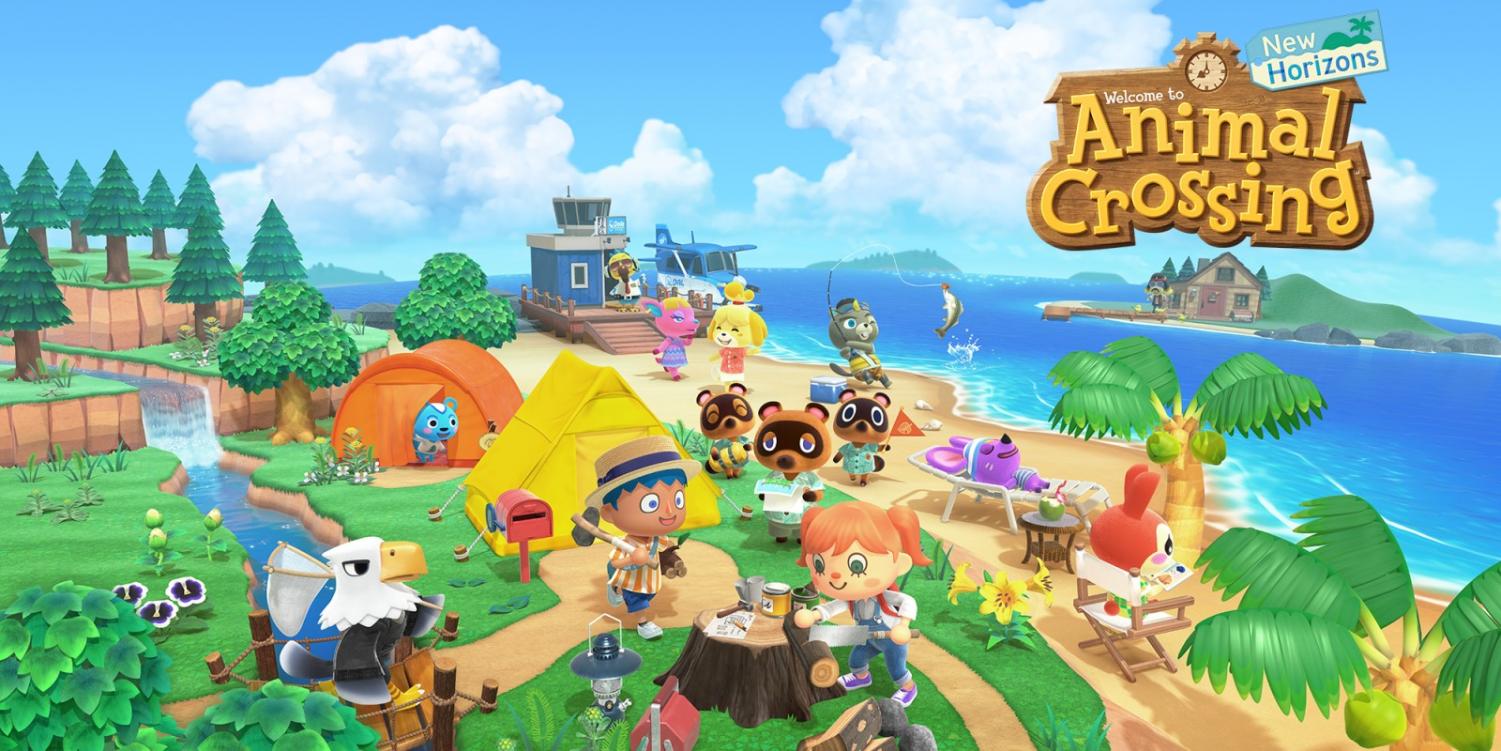 Animal Crossing: New Horizons – Exactly What We All Need

Times like this can be stressful. It seems like if there’s one thing that our nation as a whole can agree on, it’s that the Coronavirus is making life worse for pretty much everyone. Now, more than ever, people need something to help them relax a little bit. Something to help them take their mind off of the current state of the world. Enter Animal Crossing: New Horizons. It released when quarantine was just starting to get really serious, on March 20th. Despite releasing on the same day as a fairly major financial competitor, Doom: Eternal, it sold about three times more than that game. In my opinion, a significant part of this success is due to the current state of things involving the virus. For many, it’s simply nice to finish their responsibilities and then spend the rest of the day on their Animal Crossing island. While this very appeal is what made the series so popular in the first place, the current state of things launched the series’ popularity into even greater heights.

Many people who don’t play or know much about Animal Crossing have struggled to find out what the game is even about, and I can’t exactly blame them since it doesn’t really have a clear-cut goal. Essentially, you want to upgrade your island. What does that mean? It means whatever you want it to. You can change the location of buildings, build up different buildings such as museums or houses for new villagers, you can build bridges to help make traversal easier, and you can even morph the terrain of the island itself. You can go about any of this in any way you want. For instance, you can make your singular island a collection of much smaller islands. Another major aspect of the game comes in digging up fossils and catching bugs or fish. Once you find any of those things, you have a choice of what to do with them. You can either donate them to the museum to put them on display, or you can sell them to Nook’s Cranny for some extra bells (in-game currency) to expand your house or just buy different things. The freedom of choice that this game grants the player is absolutely incredible. While the first few weeks will mainly be relegated to building and unlocking the major features and buildings, after that you’re on your own to decide what you want to do with this island. This much freedom just isn’t common in most major releases, so I have to commend the developers for that.

Arguably the best part of the game is the online functionality. You can visit the islands of anyone you know that has the game through a code, and this leads to some amazing community building between the games. While you’re on another’s island you can take specific fruit that you might not have, you can see all the special bugs and fish that may not show up as often on your own island, you can tour the other person’s museum, or their house, or take ideas from their island on how to improve yours. Overall, it’s a simple yet incredibly fun mode that helps to further flesh out an experience that was already worth $60 without it. Personally, this has been a great way for me to keep in contact with some of my friends that I can’t see anymore due to the virus. It’s become a common occurrence for me to hop over to one of my friend’s islands and just check on the progress they’ve made, give them some of my island’s more common materials, awe at their museum, and just have tons of fun while doing so. I’m not alone in this either, after reaching out to a few different people, it seems like everybody seems to have the same consensus as to why this mode works so well. In my opinion, this is the best aspect of a game that was already fantastic and helps extend the longevity of the game well into the foreseeable future.

Animal Crossing: New Horizons draws you in with a cute and comfortable atmosphere, but quickly hooks you with its limitless, relaxing, and addicting gameplay. It invites a strong sense of community through the nature of the online mode, and though the basic gameplay can get slightly repetitive if you play for hours on end, the core of the game is so much fun that you probably won’t care. This is some of the most fun I’ve had with a new game release in a very long time.