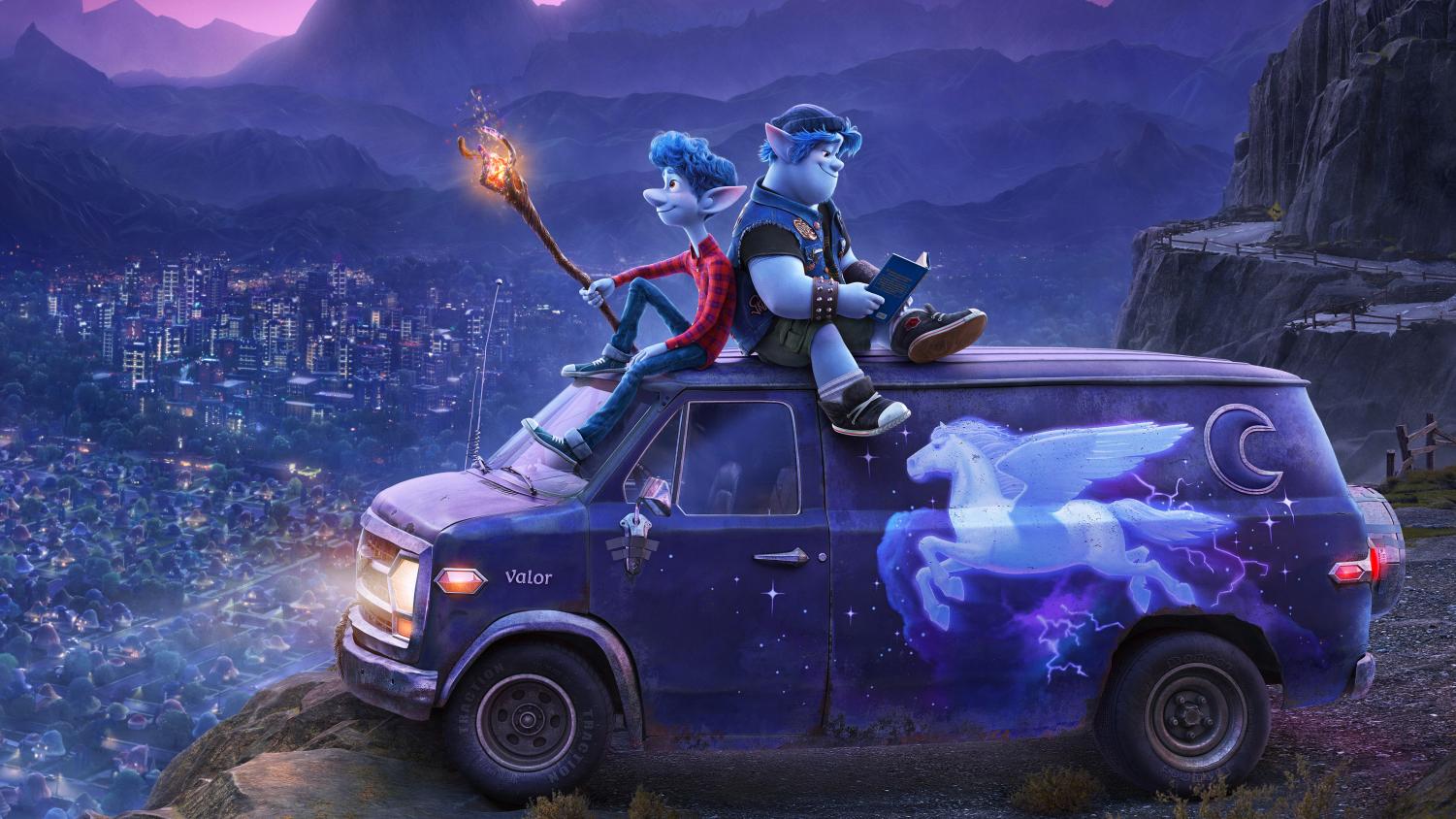 Onward: Pixar Back to its Roots

Anybody who knows me well knows that I love animation. I even did my sophomore project on it. As an artform, it’s unlike anything else. It can provide for so many creative and unique visuals that just aren’t possible in live-action. One of my favorite animation studios is Pixar. For a very long time, they were completely unparalleled in terms of quality for both their animation and the films themselves. However, in the 2010s, they fell into a bit of a slump. They didn’t make nearly as many original stories as they did previously, and they focused mainly on sequels like Incredibles 2 and Toy Story 4. While these films were still really good, they failed to live up to the originals, and many fans started to notice. It was later announced that during the 2020s, Pixar would return to only original stories the first of which being called Onward. Despite my initial excitement to this prospect, the trailers left me somewhat underwhelmed and disappointed. However, after seeing the final product, I was very pleasantly surprised. Onward may not be quite as good as some of the classics Pixar has made in the past, but it’s still a legitimately great movie that makes me excited for the studio’s future.

Considering that it’s Pixar that we’re talking about here, it’s no surprise that the animation is absolutely breathtaking. Even in their weakest films like The Good Dinosaur, the animation has always been superb, and it’s no exception here. Though the backdrops look almost photorealistic, the film as a whole still pulls off a cartoony vibe, which is especially important for a movie with a plot and setting like this one. Speaking of the setting, it’s one of the most creative I’ve seen in a film in a long time. Essentially, it crosses the traditional fantasy creatures and elements with modern-day technology. While this may not sound all too intriguing at first, the film plays with the idea in some clever ways and is even able to provide a solid reason as to why the world is like this that makes logical sense.

While the animation and setting are absolutely incredible, they’re only the icing on the cake. Where the movie really shines is the chemistry between the two leads, Ian and Barley. They’re played by Tom Holland and Chris Pratt respectively, and you can really tell that they had a great time when recording this. The fact that they’re both actors known for work in Marvel movies may lead some to believe that they were only cast because of recognizability, but that’s really not the case. They sound exactly the way that their characters should. As for their relationship, it’s without a doubt the standout part of the movie. It grows and develops in an extremely believable way, and by the end, both characters feel like they’ve really matured since the beginning. The film gives these characters an extremely strong sense of growth, which is something that I feel has been missing in some more recent Pixar movies.

Similar to other Pixar movies, it pulls no punches when it comes to being emotional. It does not take mercy on the viewer just because it’s primarily targeted toward families, there are numerous extremely genuine and heartfelt moments in this movie. In particular, the ending is spectacular, providing an effective and sweet sendoff that effectively reframes the entire film without feeling cheap or unwarranted. I’m obviously being vague here to avoid spoilers, but I would honestly say that the ending alone makes the film worth seeing if you haven’t already.

In the end, Onward is one of the best movies that Pixar has released in the last few years. While the main plot isn’t particularly original or creative, everything surrounding it absolutely is. Even for people who aren’t huge fans of animation, this one is definitely worth checking out.