New Year’s Resolutions: History, Shortcomings, And How To Make Better Ones 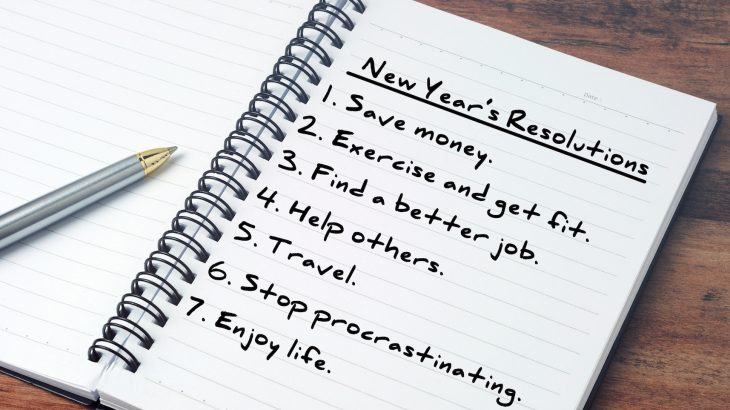 Ah, New Year. The holiday of late-night parties, ball drops and – you guessed it – New Year’s resolutions. Every year we reevaluate and decide what we need to improve about ourselves, whether that be to get healthy (the #1 most common resolution worldwide) or to stop procrastinating (another common one among students). But there is a dark side to this deceptively optimistic tradition.

Firstly, a bit of history: The concept of “resolutions” originated with the Babylonians sometime around 4,000 years ago, when people celebrated the New Year (which fell during the spring back then) by making promises to appease the gods. Fast forward to the Roman Empire and Julius Caesar declares January 1 the beginning of the New Year in honor of one of their gods, Janus, who symbolized reflecting on the past and looking into the future, which is “interesting” as Audrey Buffington puts it. Christians picked up on the tradition hundreds of years later, with the same idea of repenting for sins and improving themselves so that they might please God. Nowadays, the holiday holds a more secular connotation, but the concept remains the same.

And now some stats – I know it sounds boring, but hear me out, these are some interesting ones. Apparently, of all the 7 billion or so people in the world, only 45% of them make resolutions, and only 8% follow through on them.

I’ll get back to that in a second, but one question: why do we have to make resolutions specifically on New Year’s Day? Why do we go through the culturally acceptable ritual of eating tons of junk food, being lazy, and general misconduct in the week before the Ball Drop and then decide to become these perfect saints at midnight? Yes, it’s seen as a fresh slate, but you’re still unhealthy from the year before; you still have at least 10 tasks yet to accomplish; you still have some habits to clean up. And you don’t suddenly become motivated overnight – that takes willpower and determination (which a lot of us unfortunately lack) and has to be built up and cultivated. And New Year’s isn’t the only holiday culprit  – I’ve seen people make resolutions and say “starting right after Christmas,” “I’ll pick it up when school starts,” or my personal favorite, “I’ll start tomorrow.” And yes, I too am guilty of uttering this phrase at least 3 times a week. No, I have not made any significant changes since I first said it – what, four months ago? Longer? I don’t even know anymore.

And not only are these resolutions made on a randomly chosen day, but they are often unrealistic. Ms. Jones comments on this, saying “I think they [resolutions] are useful, and I have a lot of fun making them. [But with a lot of people], as soon as they hit a snag, they give up.” Why do they quit? Because there is no possible way of reaching said goal no matter how hard a person works, and they end up feeling that the whole thing is pointless. I don’t have to cite examples of this- you’ve probably made an outrageous goal, too, and you’re probably feeling guilty about it right now. I apologize. Keep reading though, it gets better.

Like I said, time and again we set grand goals with high hopes for accomplishing them, but when it comes time to follow through, we either a) forget; b) don’t feel like it, or c) have no idea where in heck to start. Take a look at the goals above – did these people have hope for their resolutions? Of course. Did they have a plan of action or a timeline for how they would accomplish each one? Probably not. As Kate Toellner puts it: “It’s kind of trash the way we do it. Right now, the way we have it…it isn’t good.”

Which leads me to the final paragraph of this article. There is hope! The key to resolutions is to make them simple and make them something that you will actively want to do, not something that is motivated by, say, peer pressure (otherwise, you won’t put in nearly as much work.) There is an acronym – SMART – that can help you set goals and stick to them.

S – Specific. Don’t make broad claims – narrow them down so you actually know what direction you’ll be taking with your goal.

M – Measurable. If you can put your goal into numbers, do it. Example: I will read 20 minutes a day.

A – Attainable. Make it something that is within the realm of possibility for you and your  lifestyle.

R – Relevant. Goals such as “Take up horseback riding” are great, but if you’re going down the “self-improvement” route,  look at aspects of your life that actually need fixing.

T – Time-sensitive. This one is pretty self-explanatory. Make sure you have a set time frame to complete your goal. It adds a sense of urgency and will therefore make you want to complete it faster and more efficiently.

Ok, last point, I swear: We are all human. We all fail and make mistakes. If you don’t make good on one of your promises, forgive yourself and move on. Don’t give up because of one stumbling block. Besides, you have 364 days to resolve any problems. You have time.