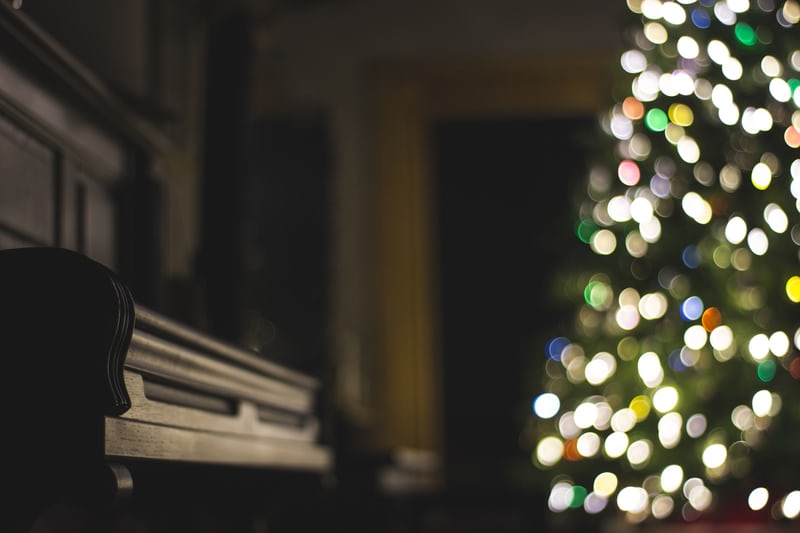 Your Definitive Guide to the Best (and Worst) Christmas Songs

In a culture dominated by music, where access to musical experimentation is reaching an all-time high Christmas music has undeniably remained the most polarizing genre. No other genre spurs such strong reactions from listeners, both of joy and of disgust. Christmas music is a broad term, lumping together hundreds of sub-genres. There’s classical Christmas music, Christmas pop, indie Christmas covers, and, of course, Christmas songs made by former members of the Beatles. But placing all these songs under one title, and developing an opinion on such title, is an unfair mass generalization for songs that serve as a backdrop to what is supposed to be one of the most joy-filled seasons of the year. For every well-written Christmas classic, there is a perpetually irritating ear-worm designed to slowly break down the spirits of the population until they are completely indoctrinated in Christmas joy. To help you filter your Christmas playlist for everyone’s sake, here is your definitive guide on the best and worst that the Christmas music scene has to offer:

Donny Hathaway’s “This Christmas” has everything a Christmas song needs. Opening with a catchy, but not quite irritating brass melody, Hathaway immediately breaks into the quintessential Christmas lyrics. As he soulfully sings about mistletoe, trimming the tree, caroling, gifts, a fireplace, and the spirit of togetherness, Hathaway checks all the boxes. There’s subtle jingle bells in the back and the word “Christmas” is crammed 14 times into just 3 verses. “This Christmas” perfectly straddles the line between full of Christmas spirit and irritatingly upbeat that consistently find their way onto Christmas radio.

The Twelve Days of Christmas- John Denver and The Muppets

How do you take a classic 18th century Christmas carol and both modernize and improve it? Simple. You call up the guy that made “Take Me Home, Country Roads”, get him in touch with Jim Henson and The Muppets, get them in the studio together, and watch them naturally click. Coming from a 50 minute Christmas special with Denver and the Muppets, this version of “The Twelve Days of Christmas” is objectively the best of its kind. From Kermit’s “Twelve drummer’s drumming” to Denver’s “Partridge and a pear tree”, every artist brings their absolute best to the table here. Another certified classic.

Not only is this a Christmas song, this is THE Christmas song. “Chestnuts roasting on an open fire” is an iconic opening to an iconic song. Cole’s sensory imagery puts you in the scene: a cozy living room on Christmas eve, fire burning, snow falling. I considered putting the Michael Bublé version above Cole, but I have to respect the original. Shoutout Bublé for the cover though.

Okay, I understand. At the time of its original writing, “Baby, It’s Cold Outside” was not nearly as problematic as it is now. Lyrics such as “Say, what’s in this drink?” had a different connotation in the 1940s than it does now and I fully understand the purpose and context of the song. That being said, in the current “Me Too” era we live in, it’s hard to listen to this song without cringing. Outside of the male singer’s pathetic desperation to keep his romantic interest from leaving, “Baby, It’s Cold Outside” gives off some creepy vibes (especially lines like “Gosh, your lips look delicious”). Even attempts to modernize the song and eliminate any immoral implications it contains have been misguided. Christmas music shouldn’t include any deep internal questioning on whether or not you’re listening to a song that perpetuates rape culture. It should be about snow and Santa and Frosty The Snowman and cookies and chestnuts roasting on an open fire. So, for that reason, “Baby, It’s Cold Outside” finds itself in the Bottom 5 of Christmas songs.

My deep distaste for this song comes from my own ignorance. Hearing this song, I was never fully able to grasp the concept that, when Young Michael Jackson is seeing his mom kissing Santa, it is, in fact, just his dad dressed as Santa. It’s a clarification that needs to be made to appreciate the humor behind the track, but, without it, “I Saw Mommy Kissing Santa Claus” is confusing and pretty creepy. Any chorus containing the line “Then I saw Mommy tickle Santa Claus” doesn’t sit well with me. Young Michael Jackson still has the voice of an angel though.

Eartha Kitt’s original “Santa Baby” is a “meh” Christmas song. Kitt’s version essentially revolves around a woman asking for overly-extravagant gifts from Santa. It’s fine. It’s whatever. But when Madonna took it into her own hands to cover “Santa Baby”, she ruined it. With what’s either a decent Betty Boop impression or a painfully bad Cyndi Lauper impression, Madonna painfully twists her voice to sound almost …seductive? The sexualization of Christmas is not something I will allow to happen, Madonna gets a strong 0/10 on this one. Ariana Grande’s cover is solid though, shoutout

The Chipmunk Song (Christmas, Don’t Be Late)- Alvin and The Chipmunks

Dwelling deep in the nightmares of retail workers everywhere is the most obnoxious, insufferable Christmas song ever written. The song itself is fine. The lyrics are fine. If the voices singing weren’t pitched up, it would be completely fine. But, for whatever reason, some software engineer or record executive had the brilliant idea of having the singer harmonize as chipmunks. The result is a travesty and, without a doubt, the worst Christmas song of all time.